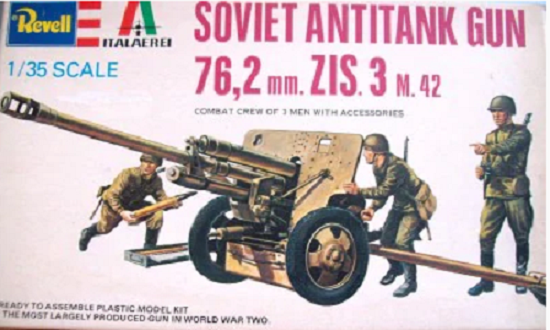 At the beginning of WWII, the Soviet Union was in possession of the very best artillery pieces of the time, namely the 76,2mm gun.

Originating with Grabin design, this gun was designated F 22 USV. It was subsequently altered, and after several modifications the ZIS 3 came into being in 1942. The gun had many unique military and operational devices and was also economical in production.

The ZIS 3 was a dual purpose weapon and was used both as a field and anti-tank piece. Its qualities were held in very high esteem by the Germans who captured a considerable number of these weapons during the first period of their advance to the East.

The Wehrmacht used these captured guns in at least three different versions. The main one was the PAK 36 (R) anti-tank. This had a modified breech chamber to receive the larger German ammunition. It was known as the FK 36 (R).

Because of this gun's great qualities, i.e. light weight, small size, rapidity of fire and range, the ZIS 3 was used as main armament in probably the best Soviet in WWII. Namely the T34/76.

There is evidence of this fact in the testimony of the German General E. Schneider, who wrote that this Russian tank was equipped with a 76,22mm gun which pierced the armour of German tanks at a distance of 1500 to 2000 metres.

Whilst the German tanks had to get within 500 metres of the Russians, and even from this distance they had to hit them either in the side of the rear, as the front was too heavily armoured.

The ZIS-3, which was the weapon made in the largest number of unit during WWII , continued in production until the end of the war, but it was used for a long time after this.

It was found in action during the Korean War, where it was used not only by the North Koreans, but also by the Chinese volunteers, who were in action with their Soviet allies.

Italaerei is the old spelling of what is now Italeri. They are an old prolific model company based in Italy.

They manufacture all manner of model subjects in the popular scales.
This kit came in a shrink-wrapped tray and lid type box.

The box art shows the ZIS-3 and its 3 man gun crew posed against an all-white background. Similar to the way that Tamiya brand does the majority of their box arts too.

It is overall olive-green. The crewmen wear dark khaki uniforms with blackjack boots and steel helmets.

One man is an officer. He is pointing with his left arm and holding a pair of binoculars in his right hand. He has a PPK machine gun slung on his back and a snail drum for it in a sack on his belt, along with a pistol holster.

A second man is crouched and holding a ammo round that he has just removed from a ammo case. He has a rifle slung on his back and a shovel in a pouch on his belt.

The third man is working the elevation crank on the gun. He also has a rifle slung on his back and a shovel in a pouch and a canvas sack on his belt.

​The other side panel has a small color repeat of the box art with it facing the other direction, followed by a one-paragraph history of the ZIS-3 in 4 languages, including English.

The kit contains 2 tan trees in a sealed clear cello bag and the instructions.

The instructions consists of a single-sheet that accordion-folds out into 8 pages in 5" x 9" page format.

Page 1 begins with a black and white photo of the gun made up. Under it is said that the kit was designed by studying the ZIS 3 preserved at the Aberdeen Museum, Maryland.

Below this is the history of the gun in Italian and German.

Page 2 has general instructions in 3 languages, including English, over the parts trees illustrations.

Page 3 through 6 has 12 un-numbered assembly steps. I counted them.
Step 11 & 12 are for the assembly of the figures.

Below it is a side-view line drawing of the gun with the man turning the elevation control.

Page 7 has a 3-view at the top showing a side, front and top view of the ZIS-3. Below it is painting instructions for the figures.

Page 8 has the end of the history of the gun in German and then in French and English. At the bottom of the page is 2 black and white walk around type photos of the gun at Aberdeen.

Trees are not alphabetized. They do not have part number tabs next to the parts on the trees. This means careful study of the parts trees illustrations and the assembly steps to get the right parts for assembly. Bad move Italeri ! 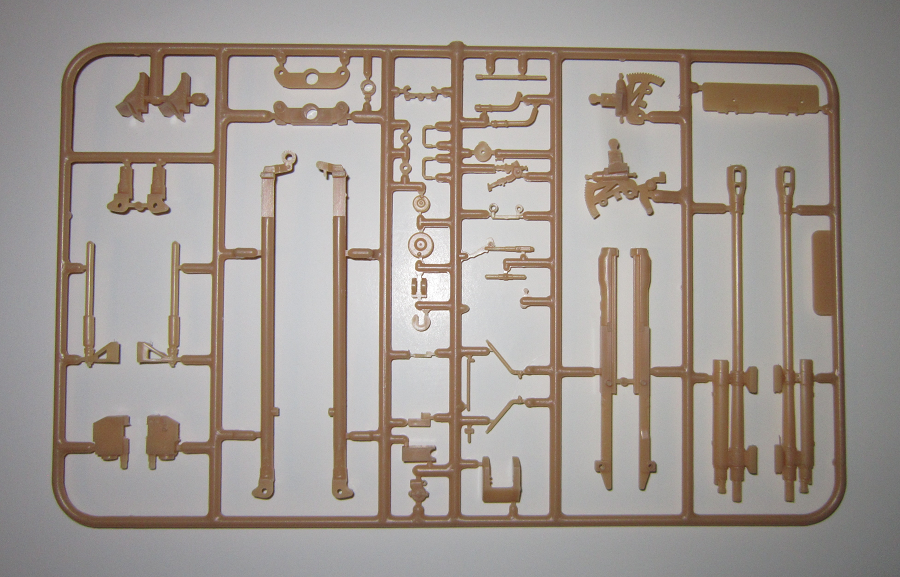 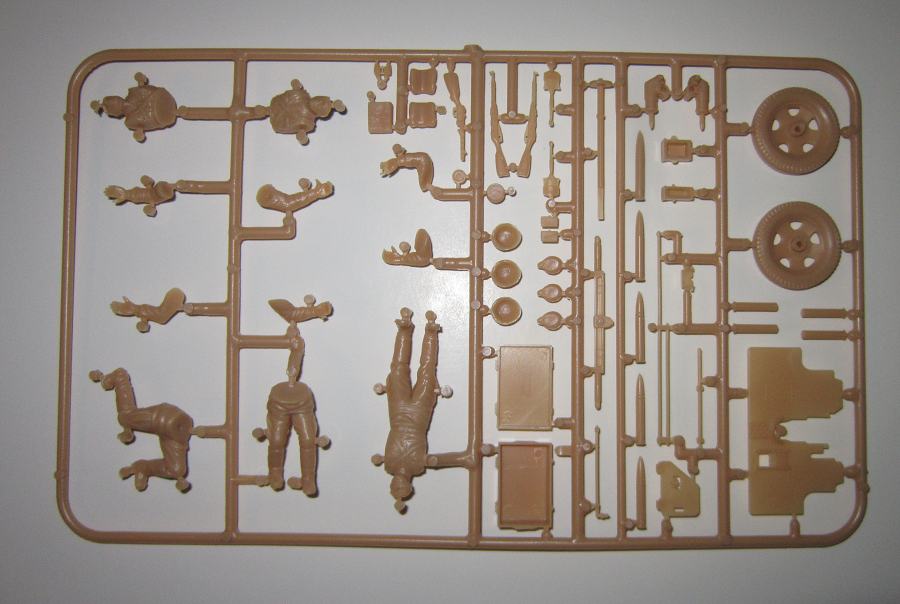 ​There are no decals in the kit, as this gun was never marked as far as I know.