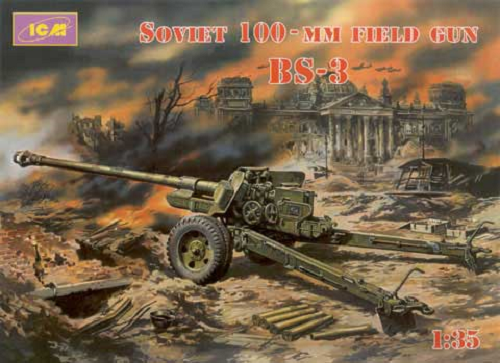 The BS-3 was also sold to a number of other countries and in some of these countries the gun is still in service. A number of BS-3 pieces are still stored in Russian Army arsenals.

Also, in 2012, at least 12 BS-3 guns are active with the 18th Machinegun & Artillery Division, located on the Kuril Islands, used as anti-ship and anti-landing guns.

ICM is a model company based in Kyiv, Ukraine.

The kit comes in an shrink-wrapped end-opening type box. I am no fan of this type of box, because invariably parts of the decal sheet find their way past one of the end flaps to become lost forever. Give me a tray and lid type box any day of the week.

The box art shows a BS-3 in a shell-pocked field with large damaged buildings in the background and 5 spent ammo shells laying beside it. It is overall dark green.

One side panel says the model is for modelers 8 and older and makes up to be 266 mm long (10 1/2"). followed by a one-paragraph history of the gun in English and German. Kit includes 156 parts. Paint and cement are not included. Not suitable for children under 36 months. Contains detachable parts. MADE IN UKRAINE.
​This is repeated on the other side panel in Czech and Russian.
​The bottom of the box has a 4-view of the gun in overall dark-green and illustrations of ammo rounds in color.
​WHAT'S IN THE BOX:

This kit contains 2 light-gray trees in 2 sealed clear cello bags and the instructions.

The instructions consist of a single-sheet that accordion-folds out into 8 pages in 7 1/4" x 10" page format.

Page 1 begins with a black and white repeat of the box art, over the history of the gun in 4 languages, including English.

Page 2 through 5 give a total of 9 assembly steps.

Page 6 has a 4-view line drawing of the gun in the firing position.

Page 7 has another 4-view line drawing of the gun in transporting position.

Page 8 has the parts trees illustrations, over a suggested listing of Testors and Humbrol brands of paint colors and CAUTIONS in 4 languages, including English and ICM's P.O. Box address in Kyiv, Ukraine, their telephone and FAX numbers and web and e-mail addresses. 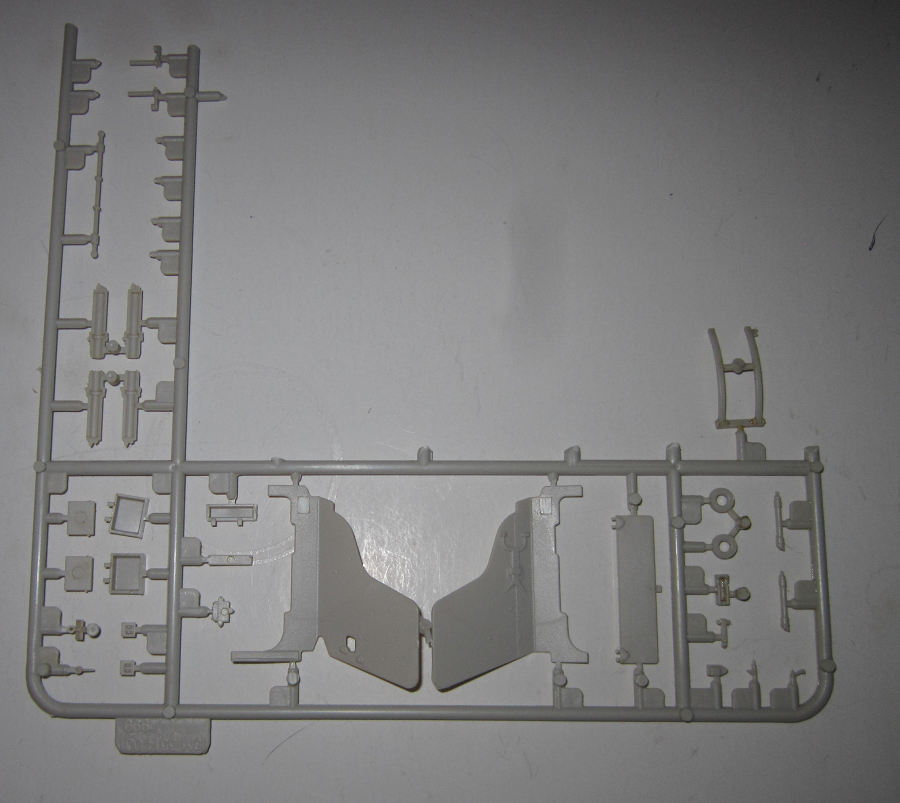 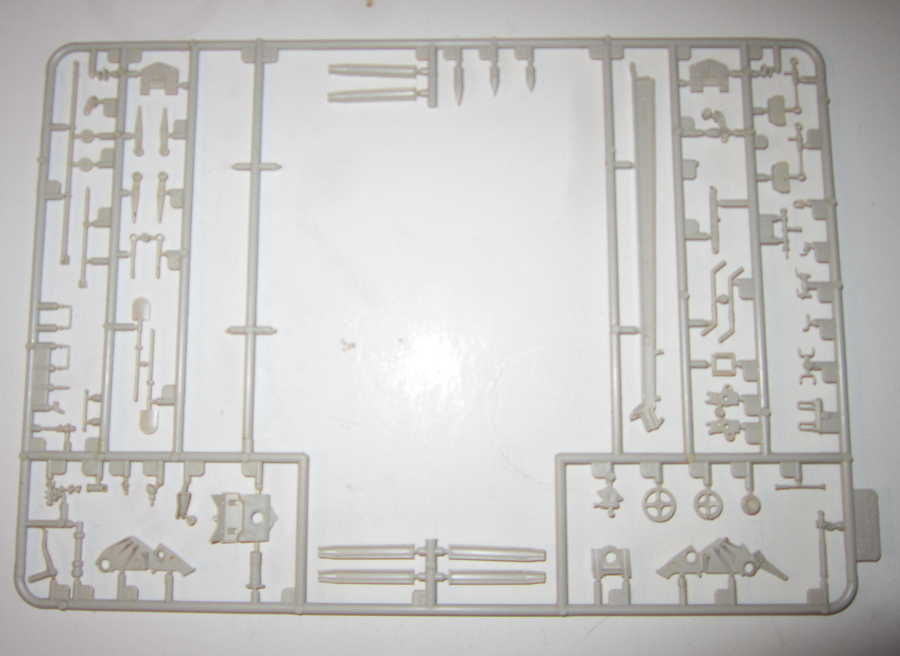 I have started to build the kit by assembling the gun barrel, one of the trails, wheels and part of the carriage.

There is no gun-crew figures included or decals.