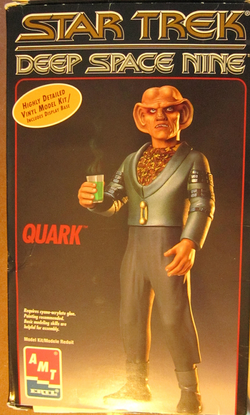 Depressed over his lot in life – especially being blacklisted by the Ferengi Commerce Authority – Quark goes to his homeworld of Ferenginar for some comfort from his mother, Ishka.

The free-thinking Ishka is sympathetic, but clearly uneasy over his declaration that he will be "living" with her for an unspecified period of time.

Quark soon learns the reason behind her trepidation. When he enters his old bedroom, he finds Grand Nagus Zek – the Ferengi leader – hiding in the closet! It turns out that Ishka and Zek are in love.

Back on Deep Space Nine, Leeta and Rom decide to get married and begin to discuss their marriage details, with Rom agreeing to wear a Bajoran earring, but Leeta refusing to sign a Ferengi document that says she will give up all claim to money and properties.

Zek demands Quark keep their affair a secret, and Quark agrees, thrilled that his mother is now the beloved of the most powerful man on his homeworld.
But when Quark hints that he would like Zek to reinstate his revoked business license, Zek refuses, reminding Quark that it is up to the FCA. Quark returns to his room, where Liquidator Brunt, the FCA agent who revoked his license, confronts him.

Brunt offers to give Quark a new business license if he breaks up Zek and Ishka. Quark agrees, and soon places doubts in Zek's head about Ishka's motives.

The plan works – his mother is left heartbroken. Quark feigns sympathy, then contacts Brunt, who keeps his word and gives him the business license.
Zek offers Quark the position of First Clerk. Quark happily accepts – then discovers the Nagus is not the profit-making whiz he once was. By day's end, the Ferengi market exchange has experienced a drastic slide due to the Nagus's failing memory.

A stunned Quark returns home, where Ishka reveals that she had been helping Zek. Quark realizes that his mother was more than Zek's lover – she was the power behind the throne. Ishka, in turn, realizes that Quark turned Zek against her, and may have destroyed the Ferengi economy in the process.

Quark encounters Brunt, who reveals that the entire plan was a set-up designed to help him become the new Grand Nagus. Quark is free to return to Deep Space Nine, but feels too guilty over what he has inadvertently done.

The next day, Quark saves Zek by supplying him with enough brilliant advice to turn around the economic situation, but then reveals that the advice actually came from Ishka. After Quark admits to breaking them up, Zek and Ishka happily reunite.
​THE KIT:

The kit came in a flimsy end-opening type box. My box is very crushed.

I also am no fan of this type of box, because invariably parts or the decal sheet will find their way past one of the end flaps to become lost forever, Give me a tray and lid type box any day of the week.

The box art shows Quark posed against an all-black background. He wears a multicolored shirt, blue jacket and dark gray pants. He is holding a square drinking glass.

I remember the TV show always showing a very decorated jacket on him. Not the plain one shown on the box art.

A yellow oval on the box art says the kit is a highly detailed vinyl model kit and it includes a display base.

One end of the box says it is a special edition collector's edition series.

The bottom of the box has the same box art as the top. It says the kit requires cyano-acrylate glue (super-glue). Painting is recommended. Basic modeling skills are helpful for assembly.
​WHAT'S IN THE BOX: 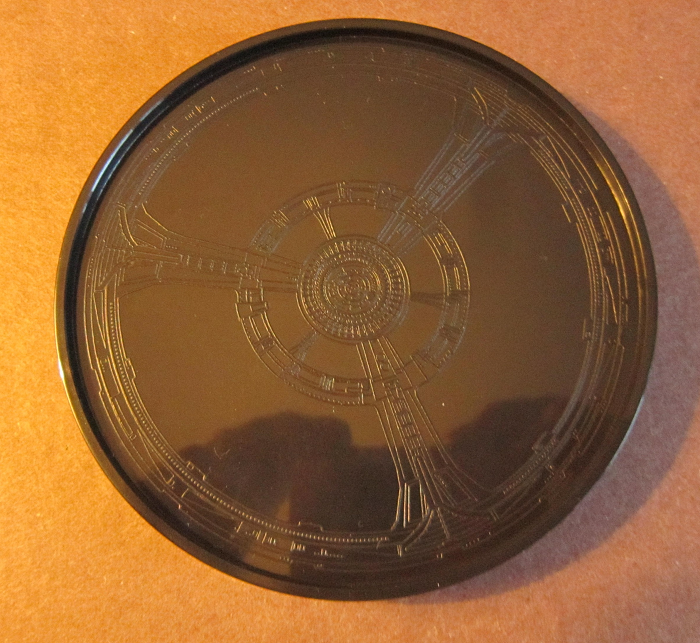 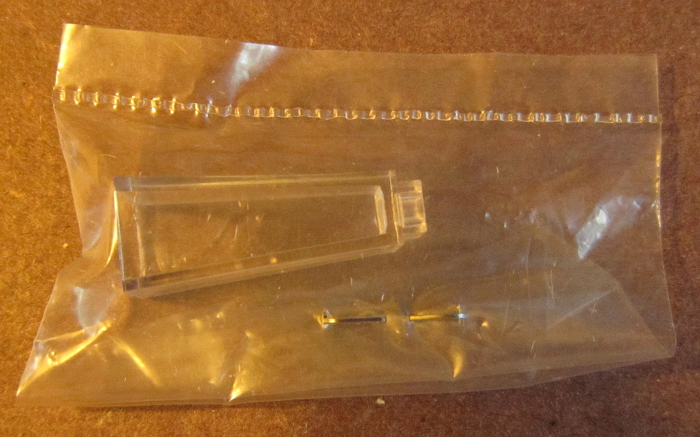 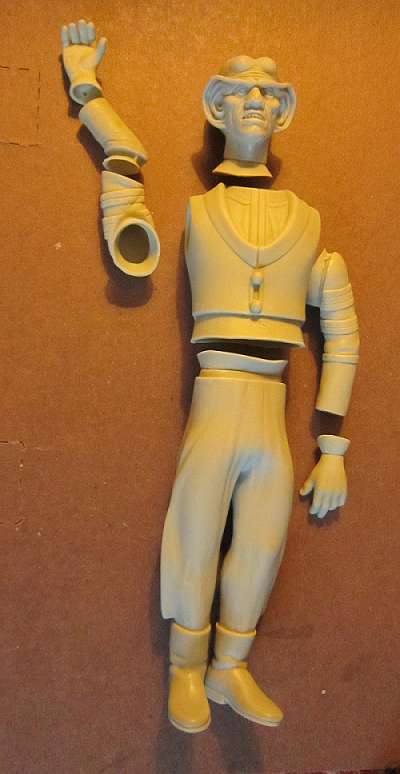 ​The first instructions is a single-sheet folded in the center to create 4 pages in 7 1/2" x 8 1/4" page format. Folded again to fit the box.

Page 1 has a black and white repeat of the box art and a 1995 copyright, with trademarks for Paramount Pictures and Ertl as an authorized user of the Star Trek, Deep Space Nine name.

Page 4 lists 2 other AMT-Ertl Star Trek vinyl figure kits: a "Odo" from Deep Space Nine, kit no. 8761DO and First Officer "Mr. Spock" from Star Trek, kit no. 8704DO, over Ertl's toll free 1-800 phone numbers for inside and outside the U.S. and an invite to have a free plant tour in Dyersville, IA.

The second instruction sheet is a single-sheet printed on both sides and folded twice to fit the box.

The face side has general instructions in multiple languages, including English over  international assembly symbol explanations.

The reverse side has a suggested paint color listing in the multiple languages.

The third instruction sheet is a single-sheet folded in the center to create 4 pages in 8 1/2" x 11" page format. Folded again to fit the box.

Both sides have general instructions on them in multiple languages, including English.