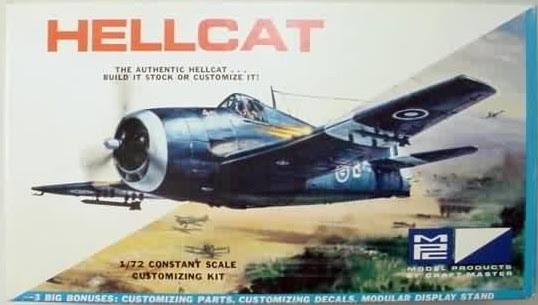 The Grumman F6F Hellcat is an American Aircraft carrier-based fighter aircraft designed to replace the earlier Grumman F4F Wildcat for service with the United States Navy. The Hellcat competed with the faster Vought F4U Corsair for use as a carrier based fighter.

The Corsair instead was primarily deployed to great effect in land-based use by the U.S. Marine Corps.

Although the F6F resembled the Wildcat in some ways, it was an entirely new design powered by a 2,000 hp Pratt and Whitney R-2800, the same power plant used for both the Corsair and the United States Army Air Force Republic P-47 Thunderbolt.

Some military observers tagged the Hellcat as the "Wildcat's big brother." The F6F was best known for its role as a rugged, well-designed carrier fighter which was able, after its combat debut in early 1943, to counter the Mitsubishi A6M Zero and help secure air superiority over the Pacific War Theater.

Such was the quality of the basic simple, straightforward design, that 12,200 were built in just over two years.

Hellcats were credited with destroying a total of 5,223 enemy aircraft while in service with the U.S. Navy, U.S. Marine Corps and the Royal Navy Fleet Air Arm.This was more than any other Allied naval .

Postwar, the Hellcat was phased out of front line service but remained in service as late as 1954 as a night fighter.
THE KIT:

MPC is Model Products Corp. in Mt. Clemens, MI. They sell Airfix of the UK's molds under their label.

The box art show a British Hellcat making a strafing run on a Japanese air field. It is overall navy blue with a broad white stripe around the wings, a white cowling front and rudder. The fuselage code is a white letter B behind the roundel.

One side panel shows a bunch of PLASTICHROME metal plated parts that were included in this kit. But, they are missing from the box and I don't know anymore if I ever did have them?

The other side panel has a one paragraph history of the Hellcat, followed by pictures of the decal sheet. It shows a lot of hokey, wild markings that were obviously aimed at kids. At any rate this decal sheet is missing out the box. Don't know what I ever did with it over the years.
​WHAT'S IN THE BOX:

This kit contains 3 chalk-white trees in a stapled-shut cello bag. The clear parts trees, some chopped up decal marks in a coin envelope that I got from God knows where and the instruction sheet.

The instructions consist of a single sheet printed on both sides and folded twice to fit the box. It is in 7" x 10" page format.

The face side begins with the history of the Hellcat, followed by 3 assembly steps hat have are not alphabetized but have titles. Strange way of doing things MPC.

In the ENGINE ASSEMBLY step you opt for either a F6F-3 or F6F-5 cowling and either the propeller or a clear disc to use to simulate the propeller spinning.

The other side of the sheet has the FINAL ASSEMBLY step and two 2-views.

1. A Wildcat in dark blue with white undercarraige and just stars with bar insignias.

2. A Wildcat that is all white and with the hokey decal markings on it.

Below this is a step for displaying the display stand and a illustration of just one of the parts trees. It is the one that holds the propeller, spinner, exhaust pipes, wheel hubs, air scoops, bombs, rockets and machine guns (23 parts)
​WHAT'S IN THE BOX:

This kit holds 6 chalk-white parts trees, 2 clear trees, some chopped up decals and the instructions.

The first white tree is the one described above with the 23 parts on it. 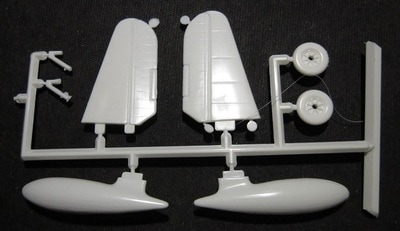 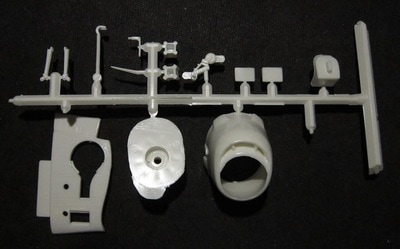 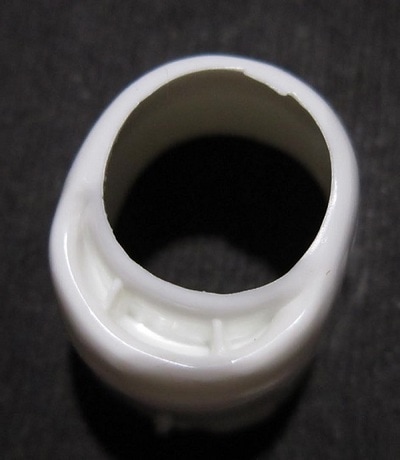 The fuselage halves were loose in the box. 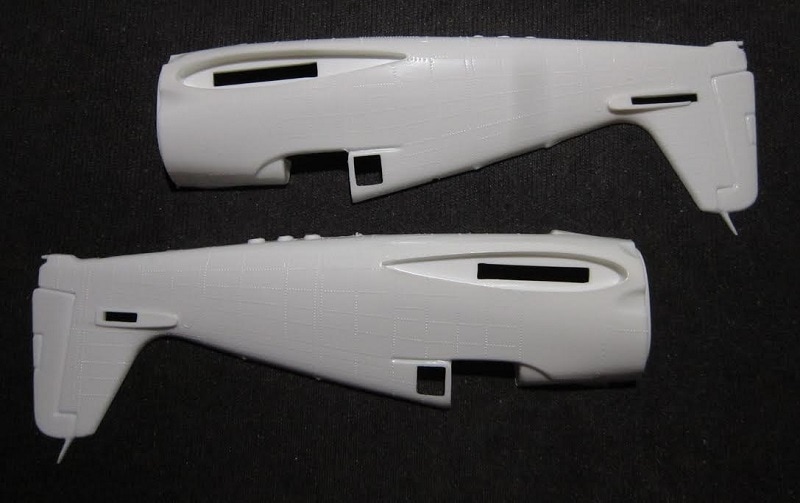 The clear parts include the stand and a tree for the canopy and rear window. The canopy is in separate pieces so it can be displayed open. 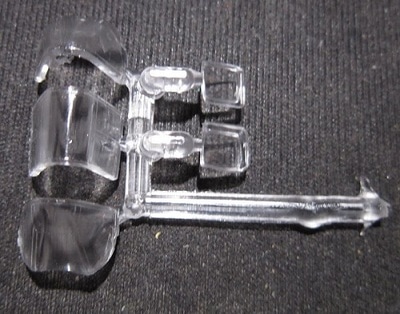 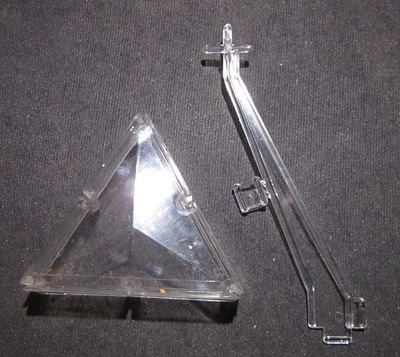 The last item is the decal sheet. It doesn't have enough for the kit. 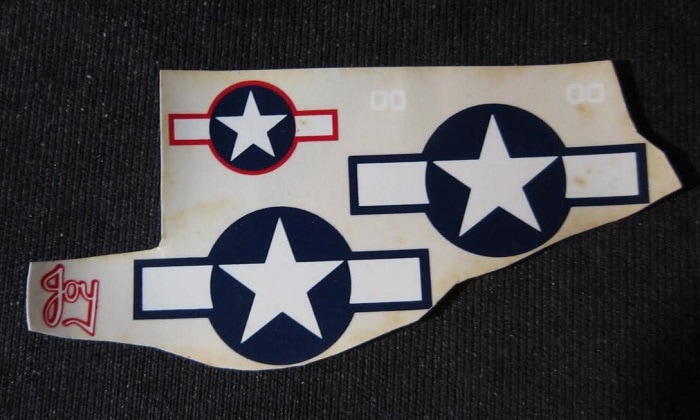 ​The option to be able to fold the wings is nice, but wing and rudder flaps are molded solid and the panel lines are of the raised variety.

There are no number tabs next to the parts on the trees or any only one parts tree illustration in the instructions.

The kit will make up nice for a kit from the 60's. Too bad the decals are missing.

I bought my kit at my local hobby shop back then. I am willing to sell it for a decent offer