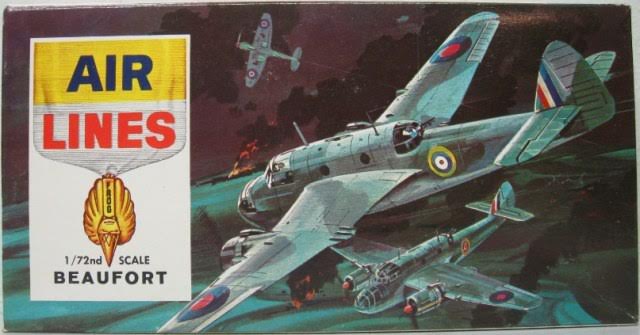 In service with the R.A.F., and many other Commonwealth Air Forces in WWII, mainly on anti-submarine patrol and convoy escorts, the Beaufort II was to show itself highly efficient and was the only airplane in squadron service able to carry a torpedo at more than 300 m.p.h.

The Beaufort was powered by two Bristol Taurus air-cooled sleeve-valved radial engines and in Australian version two Pratt and Whitney twin wasp radial motors which gave it a speed over 300 m.p.h. also.

Armament consisted of four fixed machine guns in the wings operated by the pilot, two gun in the nose, twin guns in a dorsal power-driven turret amid ships and a single backwards firing periscope gun mounted in an offset transparent blister beneath the nose.

This gun was remotely controlled from the bomb aimer's position and aimed through reflector mirrors.

Airlines was a model company based in New York and associated with Testors in 1964 when this kit was sold. I believe their molds were ex-Frog. Both these companies went out of business.

The kit comes in a tray and lid type box that has the lid hinged to the tray. It was not shrink-wrapped, but held shut with tape.

The box art shows 2 Beaufort's and a Spitfire in a dog fight. Both Beaufort's are in a wave pattern of dark slate gray over extra dark sea gray with sky gray under carraiges. There are no markings on either of them other than the roudels. The Spitfire in the background is showing its bottom side in a turn and the bottom is light gray.

One side panel has a color profile of a Beaufort in the wave pattern with a fuselage code of (roundel) and white L2.

Underneath these features is the copyright date of 1964 and Airlines in New York. Made and litho in the U.S.A.

The bottom of the box has the coupon for the free kit offer. You cut out two cards that show color box arts of aircraft kits and when you when you have a total of 12 of these cards collected you mail them in to Airlines Testor for a free Testor paint kit. For 24 cards you can have any Airlines kit of your choice free.
​WHAT'S IN THE BOX: 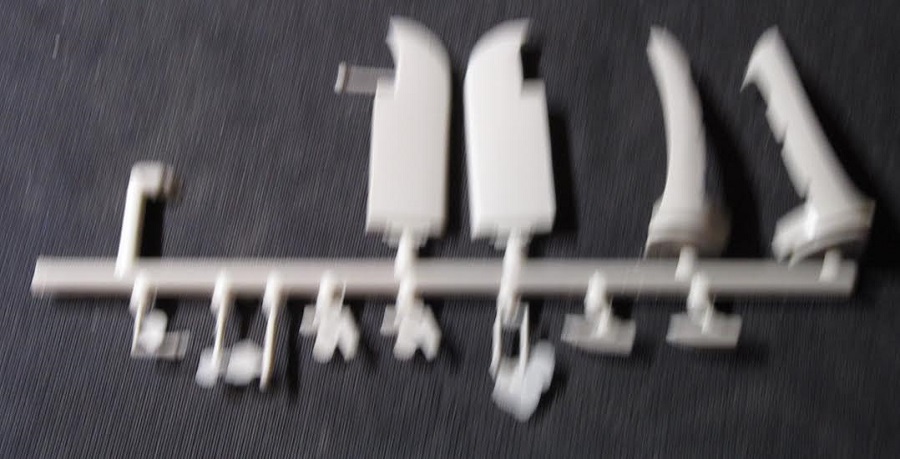 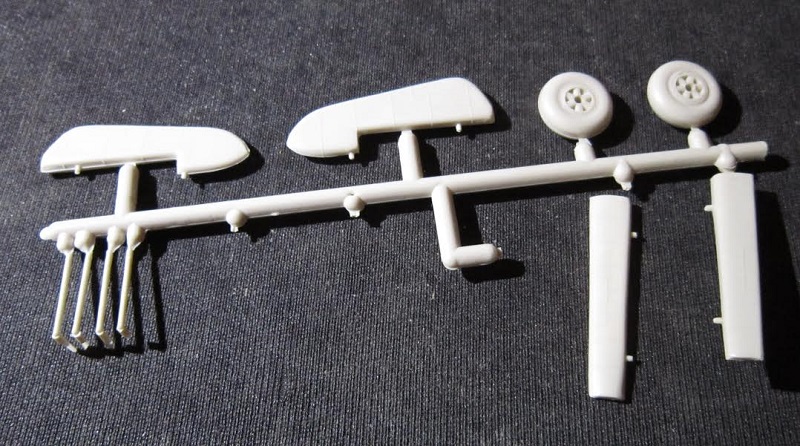 ​The individual light cream parts are mentioned above. 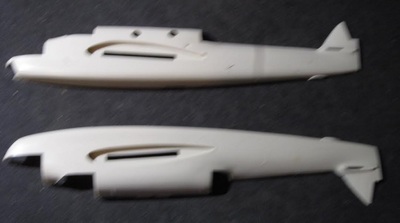 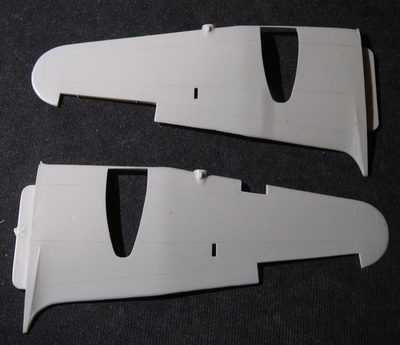 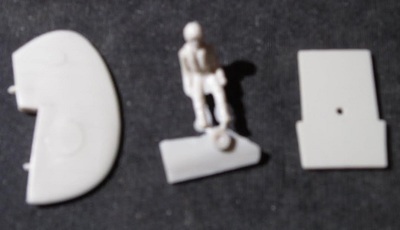 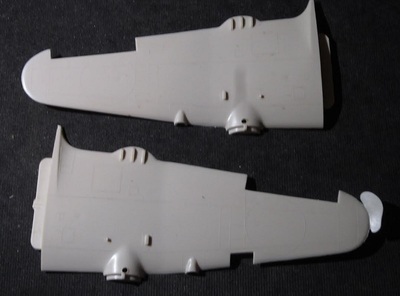 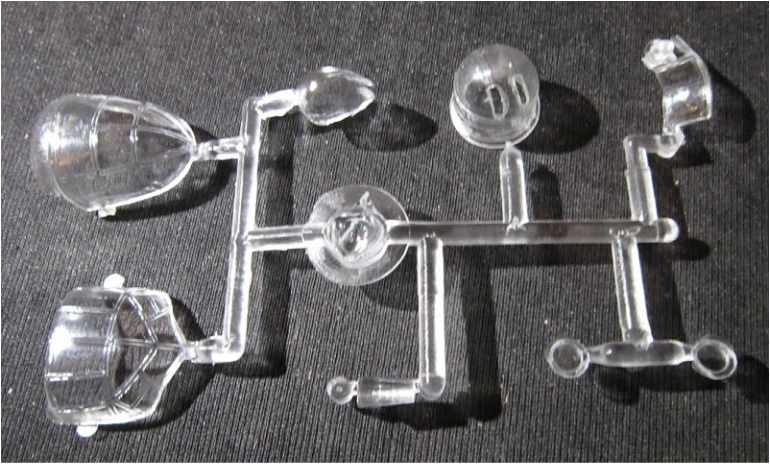 ​There is also a 2 part clear display stand in the kit. 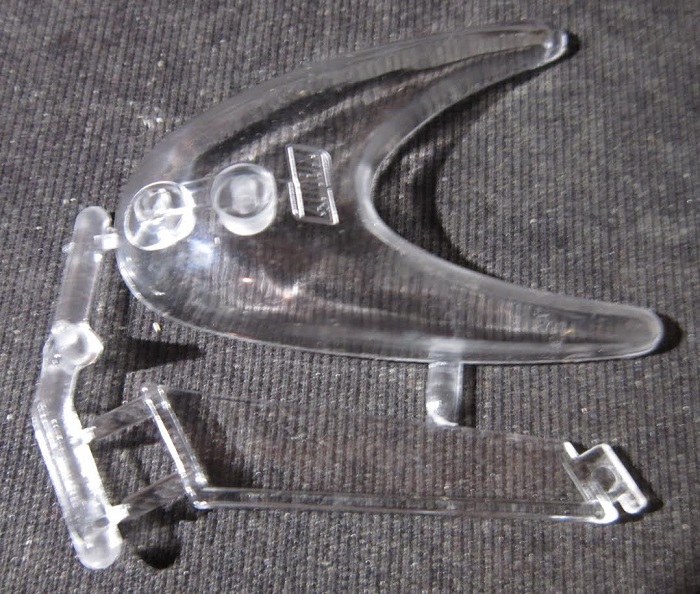 ​Parts have no number tabs next to them on the trees and there are no parts trees illustrations in the instructions. This means you have to really study that exploded drawing used for assembly to get the right parts. Bad move Airlines. Panel lines are of the raised variety. 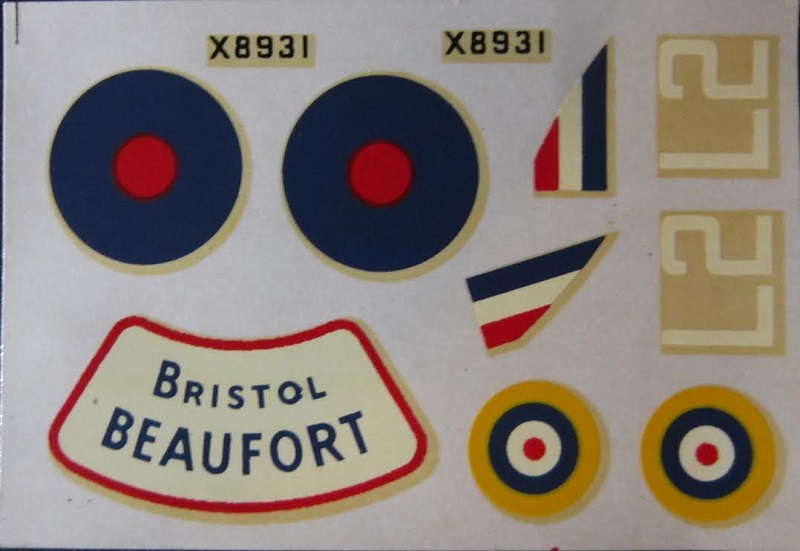 The instructions is 2 parts. One part is a single sheet printed on both sides and folded in the middle to fit the kit. It is 8 " x 6 1/4" format.

One side of it has the history of the Beaufort and a 3-view of the scheme shown of the side panel of the box (already described above).

The other side of the sheet has a single exploded drawing for assembly with text to walk you through the build.

There is a instruction booklet in the kit for a painting guide. It accordion folds out into 10 pages. It has full color illustrations of the colors to use on what I assume are other Airline aircraft kits: a North America Mitchell Bomber, an Airspeed Oxford Trainer, a Vickers Vimy, this Beufort, a Martin Marauder II, a Supermarine S6B racing seaplane, a Martin Baltimore, a Morane Sualnier 406 and a Blackburn Skua.

I bought my kit back then at my local hobby shop.