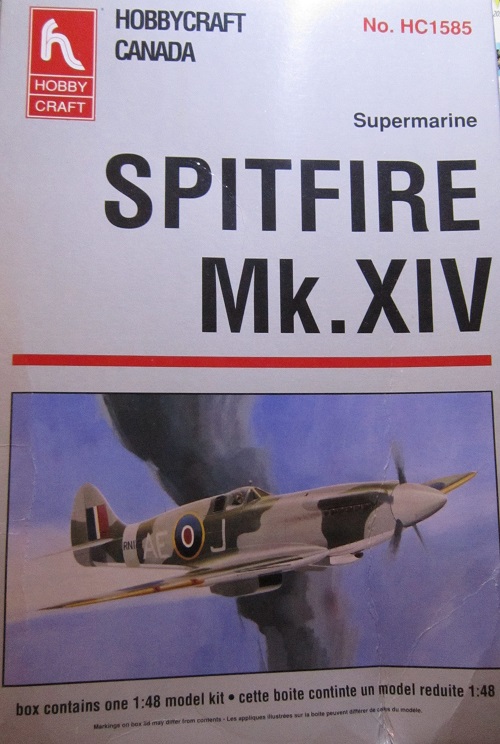 In Box Review of Hobbycraft of Canada 148th Scale

The Mk. XIV was the first series production Giffon engine Spitfire. This engine gave the new version a top speed of 439 mph at 24,500 feet. This speed enabled the Mk. XIV pilots to catch and destroy the V-1 rocket weapons on their way to England. The Mk. XIV was used by the second tactical air force in Europe and in the Far East by the RAF from 1944-1945. The Mk. XIV saw service until 1965. It was also used by the RCAF.

Hobbycraft was a model company based in Ontario, Canada. Their kits were molded in South Korea. Hobbycraft has gone out of business. I only ever saw aircraft kits by them when they were in business.

This kit came in a shrink wrapped tray and lid type box. The box art shows a Spitfire Mk. XIV that appears to have maybe just shot down an enemy aircraft. This is due to a column of black smoke going down in the background.

It is in a wave pattern camouflage of a base of ocean grey (FS 36152) with dark green bands (FS 34079) over it, above medium grey (FS36270) undercarriage. It has a sky (FS34504) band around the fuselage just in front of the tail with black number RN119 on top of the band. The white fuselage code is AE (roundel) J. It has a sky propeller spinner. The British red, white and blue fin flash is on the sides of the rudder and British roundels in the normal 6 positions.

Both side panels of the box say the kit contains one 1/48th scale model kit, paint and cement are not included and made in South Korea. This is followed by a one-paragraph history of the Spitfire Mk. XIV and mention of the features in the kit: detailed cockpit and landing gear, engraved details, markings for RAF and RCAF machines, all said in French and English. Hobbycraft’s street address in Ontario, Canada and their telephone number there are provided.

This kit contained 3 grey trees of parts in a sealed cello bag with a clear tree. The instructions, decal sheet and a small sheet of CAUTIONS about the kit in multiple languages completes the kits contents.

The instructions consist of a single sheet that accordion-folds out into 6 pages in 8 ½” x 11” page format.

Page 1 of the instructions begins with a small black and white repeat of the box art. This is followed by the history of the aircraft in 5 languages (including English). At the bottom of the page is international assembly symbol explanations. Hobbycraft’s street address repeated and MADE IN SOUTH KOREA.

Page 2 through 4 give a grand total of 6 assembly steps.

1.     A  Mk. XIV Spitfire, no.402 Squadron, RAF, 1945. This aircraft is in the same camouflage pattern as the box art subject. It has the fuselage no of RM619 over top of its sky fuselage band. The fuselage code is black AP (roundel) D. It has the red, white and blue British fin flash and roundels in the normal 6 positions. The propeller spinner is sky.

2.     This is the box art subject described above. However there are differences. The propeller spinner is black in this 2-view and no fuselage band is shown.

Page 6 has an above view of the aircraft. This shows alternates of the roundels of opting for large or small ones and opting for a sky or black propeller spinner.


Below this illustration it says: the landing gear and wheel hubs are aluminum, the propeller blades are black with yellow tips, the cockpit is interior green, the instrument panel is black and so are the tires.

This is a simple kit and a great one for a beginner. It can be easily assembled in an hour.

The cockpit canopy can only be posed shown open by doing surgery to it. The control surfaces are all molded solid too. There is no pilot figure in the kit.

The roundels have to be BUILT from several parts on the decal sheet. This will most likely make for better register. 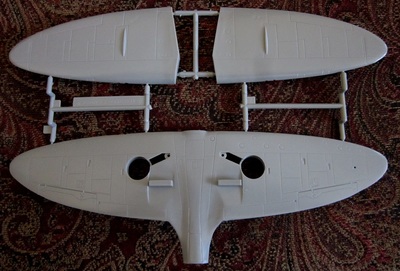 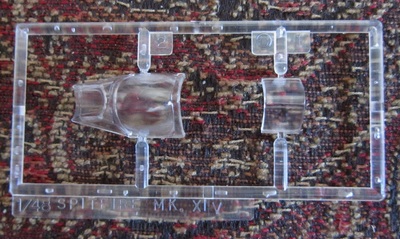 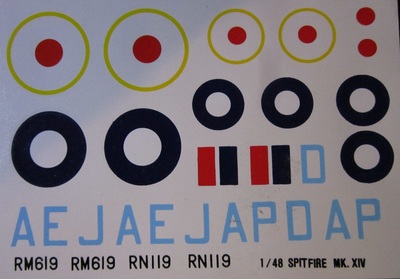 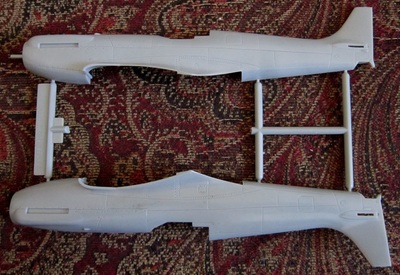 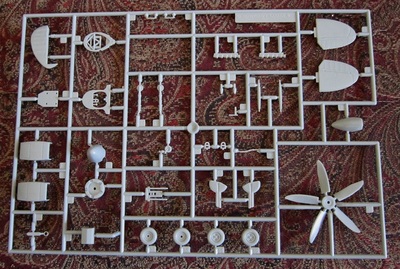 I highly recommend this kit. I purchased mine years ago at my local hobby shop.