Rather than build an old design from another company, North American Aviation designed a new plane. The prototype NA-73X airframe was rolled out on 9 September 1940, 102 days after the contract was signed, and first flew on 26 October.

The Mustang was originally designed to use the Allison V-1710 engine, which, in its earlier variants, had limited high-altitude performance. It was first flown operationally by the Royal Air Force (RAF) as a tactical-reconnaissance aircraft and fighter-bomber (Mustang Mk I).

The addition of the Rolls-Royce Merlin to the P-51B/C model transformed the Mustang's performance at altitudes above 15,000 ft, allowing the aircraft to compete with Luftwaffe's fighters The definitive version, the P-51D, was powered by the Packard V-1650-7, a license-built version of the Rolls-Royce Merlin 66 two-stage two-speed supercharged engine, and was armed with six .50 caliber (12.7 mm) M2/AN Browning machine guns.

From late 1943, P-51Bs (supplemented by P-51Ds from mid-1944) were used by the USAAF's Eighth Air Force to escort bombers in raids over Germany, while the RAF's 2 TAF and the USAAF's Ninth Air Force used the Merlin-powered Mustangs as fighter-bombers, roles in which the Mustang helped ensure Allied air superiority in 1944. The P-51 was also used by Allied air forces in the North African, Mediterranean, Italian and Pacific theaters. During World War II,

This kit came in a tray and lid type box that was not shrink wrapped, but held shut with tape.
The box aart shows 2 P-51's flying through flak and dropping bombs. The P-51 in the foreground is overall bare metal with a blue nose and spinner. It has the black fuselage code of PE before the star with bars. There is a black P on the rudder over the serial no. 414906. The rudder flap is red. There is the name CRIPES A MIGHTY over a barber's striped pole on the sides of the nose. The 2nd P-51 is too far in the background to make anything out on it.

One side panel says the kit can be made into either a P-51D or a P-51K with a list of colors to use for each.

The other side panel has a color illustration for the British P-51K version. It is in a wave pattern of dark green over grey with grey undercarraige. It has a yellow spinner and the white fuselage code CV (roundel)A. It is with the RAAF no. 3 Squadron, based in Italy, 1945.
​WHAT'S IN THE BOX:

This kit holds 2 silver grey parts trees, loose silver grey fuselage halves and wing halves, 3 clear trees, the decal sheet, instructions and a slip that has a customer service coupon on one side and advertisement for Airfix games and their magazine on the reverse side and another sheet that has an application blank on one side of it to join Airfix's Modelers club and the other side is advertising their games, action toys and romper room toys. 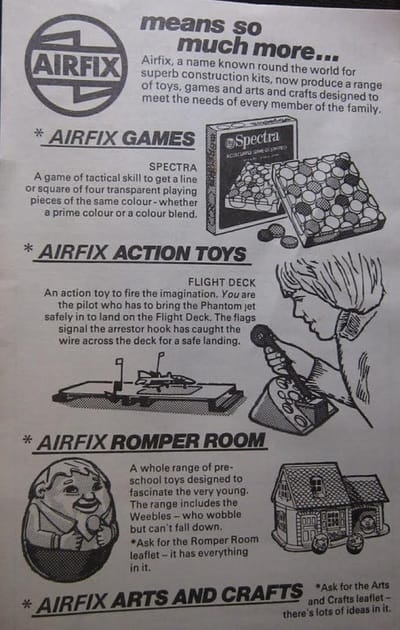 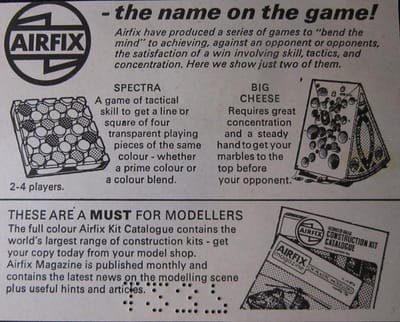 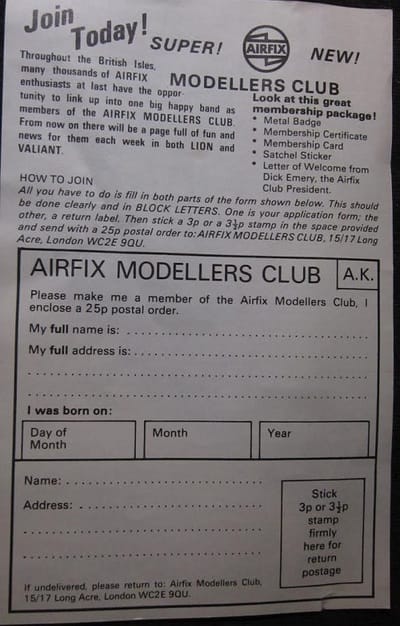 ​The instructions consist of a single sheet printed on both sides in 6 3/4" x 13" page format, folded 3 times to fit the box.

The reverse side of the instructions continues with two more steps for a total of 7, over two 4 views of the two schemes provided in the kit (already described above) There is a lot of text to walk you through the builds and the color schemes.

Next are the fuselage halves. 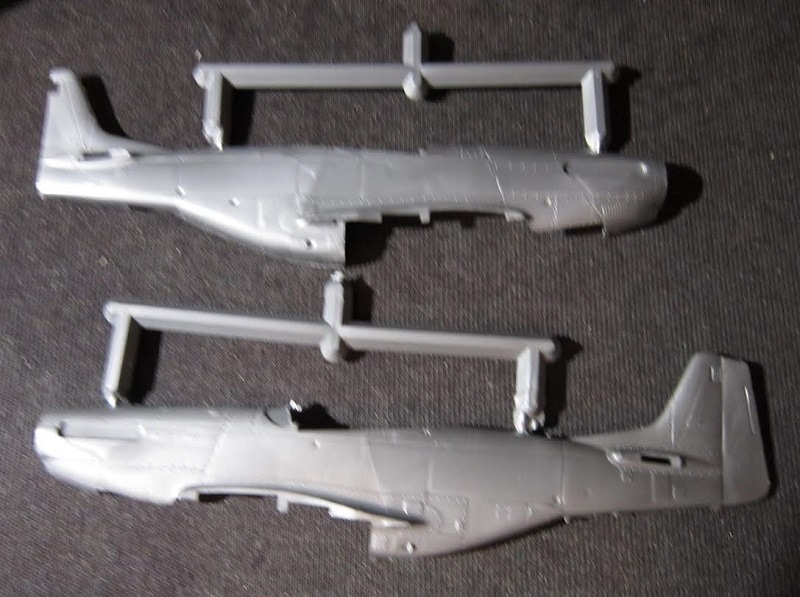 The wings consist of a one piece lower wing and two upper wing sections. 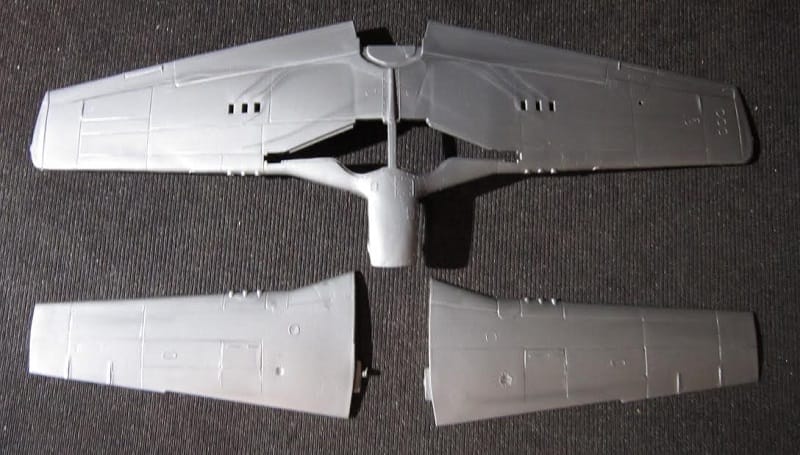 ​The 1st clear tree is the display stand parts (2 parts) 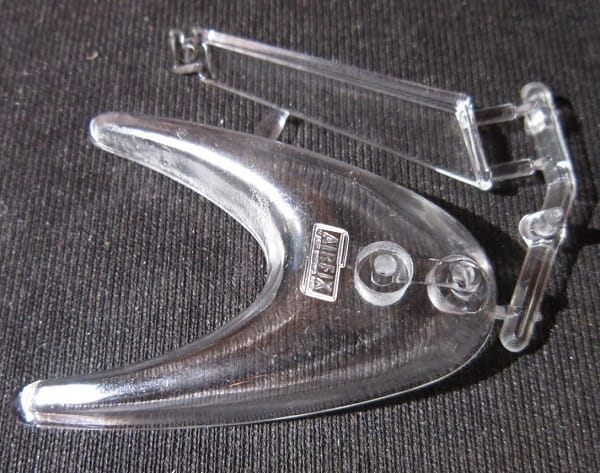 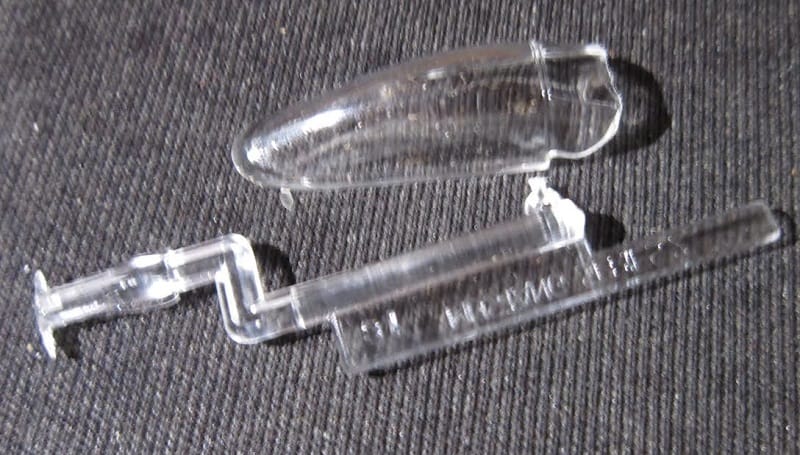 ​The 3rd clear tree holds an alternate canopy parts. I'm not sure as yet if it is the P-51D or the P-51K version one?

The last item in the kit are the decals for the two versions mentioned above. 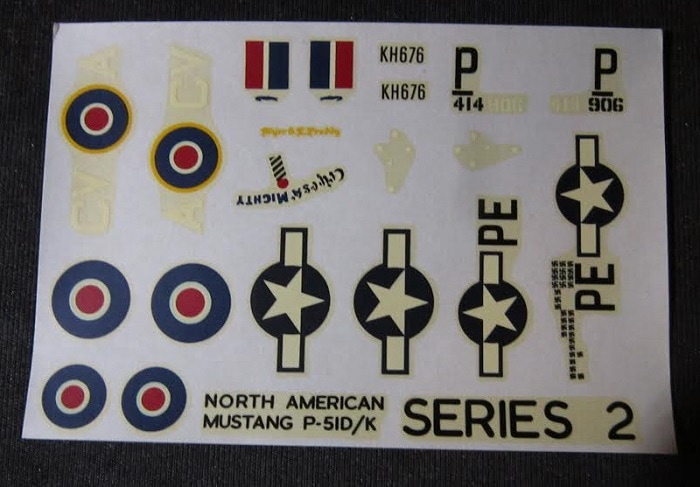 Parts trees are not alphabetized and there are no parts trees illustrations in the instructions. However, there are number tabs next to the parts on the trees.

This is a nice older kit of the Mustang, which is a favorite aircraft subject amongst many modeler.

Recommended.
​I bought my kit back in the 70's at my local hobby shop. I am willing to sell it for a reasonable offer.