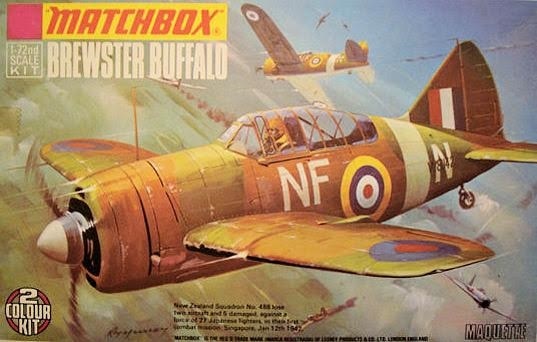 In 1938, the United States Navy placed an order for 54 Brewster F2A-1 Buffalo single-seat carrier-born fighters. A mid-wing design of all-metal construction with fabric control surfaces, the Buffalo entered USN service in 1939. A batch of 44 was supplied to Finland and some 170 were ordered by the RAF and flown also by the RAAF and the RNZAF in defense of Malaya and Singapore faring badly against the hands of the superior Japanese fighters.

Matchbox was a prolific model company based in the UK. They made all manner of model subjects in the popular scales. They went out of business.

This kit came in a shrink-wrapped end-opening type box. I am no fan of this type of box, because invariably parts of the decal sheet find their way past one of the end flaps to become lost forever. Give me a tray and lid type box any day of the week.

The box art shows 2 Buffalo's dogfighting a couple of Japanese Zeros. The Buffalo in the foreground is in a wave pattern of dark green and brown over a left wing underside that is sky type S and the right wing underside is black. It has a white spinner and fuselage band. The sky type S fuselage code is NF (roundel) N with a black serial no. W1842 over the 2nd letter N.
It is from no. 488 Sqdn., R.N.Z.A.F., Kallang, Singapore, October 1941.

The bottom of the box has two 3-views for schemes.

2. A Buffalo from Group V. Militaire Luchvant, Netherlands East Indies, December 1941. It is in a wave pattern of dark green and brown above a light grey undercarraige. It has white fuselage band with a white serial no. B-398 over it, followed by the fuselage orange triangle national markings.  There is a clear window in one end of the back of the box to view the contents. Strange!

The other side panel has a small color profile of the nose art Buffalo, followed by a one paragraph history of the aircraft.
​WHAT'S IN THE BOX:

Matchbox has always been noted for molding the trees in their kits in various colors. This kit is no exception to that practice. It holds one bright red tree and one white one, 2 clear trees, decal and instructions.

The instructions consist of a single sheet that accordion folds out into 6 pages in 6 1/4" 4" page format.

The 1st page has a black illustration of the box art against an all pink background and includes the history of the Buffalo.

Half of page 2 has painting instructions, followed by international assembly symbol explanations.
The other half of page 2 to page 4 have 8 assembly steps.

The decal sheet has a frosted sheet provided to protect its face from being scratched. However, this sheet was floating around loose and not protecting a darn thing. So, i stapled it to the decal sheet.

Trees are not alphabetized nor illustrated in the instructions.

The right side of page 4 has a long list of other kits that Matchbox marketed.

Page 5 is the painting and decaling instructions.

Page 6 has 9 illustrations of parts of the model telling what colors to use on them and instructions for assembling the display stand. 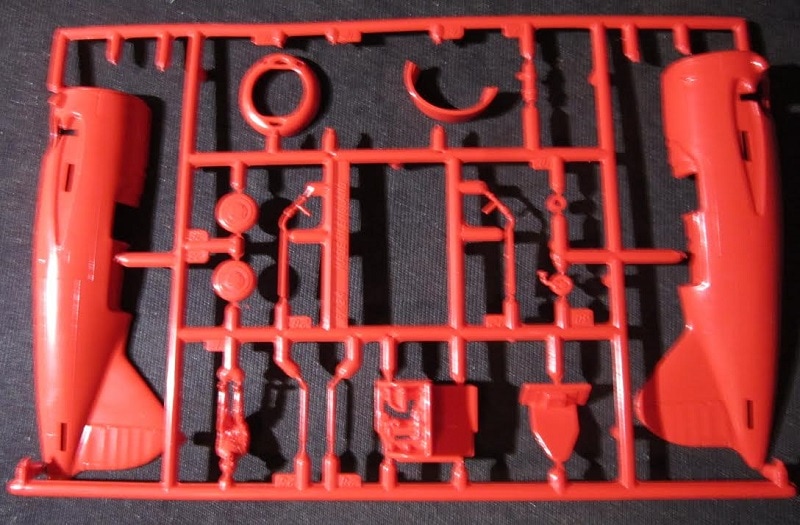 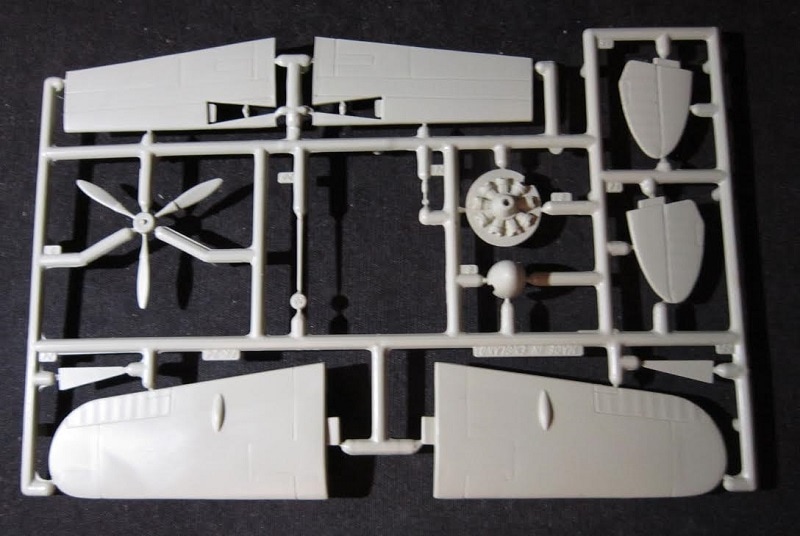 ​The 1st clear tree holds 2 parts of the display stand. 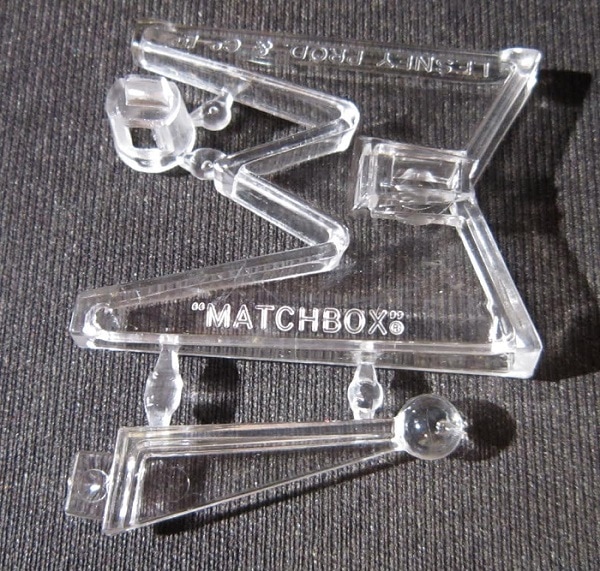 ​The 2nd clear tree is just the cockpit canopy. It is molded shut. 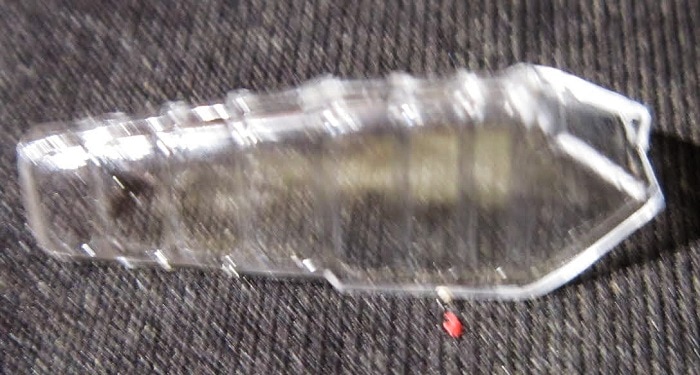 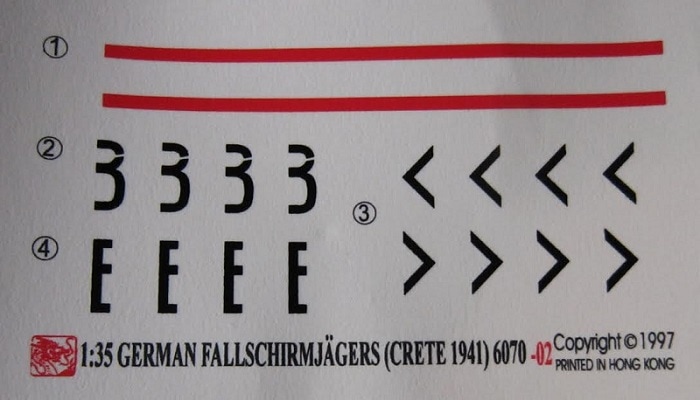 ​This is a nice older model from 40 years ago.

I bought my kit at my local hobby shop for under 2 bucks.