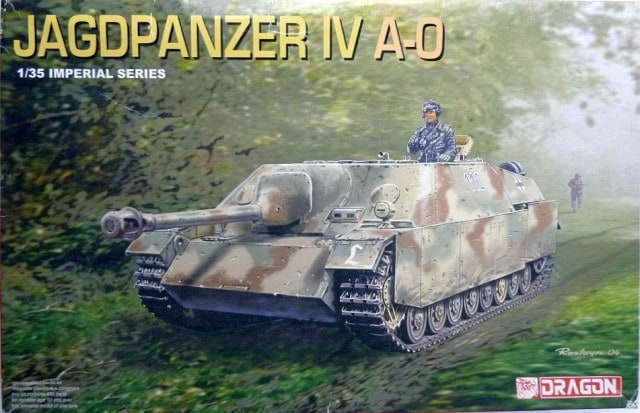 OUT OF PRODUCTION, but available a few places overseas under the Gunze Sangyo label

The Jagdpanzer IV, Sd.Kfz. 162, was a German tank destroyer based on the Panzer IV chassis and built in three main variants. As one of the casemate-style turretless Jagdpanzer (tank destroyer, literally "hunting tank") designs, it was developed against the wishes of Heinz Guderian, the inspector general of the Panzertruppen, as a replacement for the Sturmgeschütz III (StuG III).

Guderian objected against the needless, in his eyes, diversion of resources from Panzer IV tank production, as the Sturmgeschütz III was still more than adequate for its role.

With experience gained during the initial phases of the Battle of Stalingrad, in September 1942 the Wehrmacht's arms bureau, the Waffenamt, called for a new standard for heavy assault guns: 100 mm of armor to the front, 40–50 mm on the sides, wider tracks, ground clearance of 50 cm, top speed of 26 km/h and the lowest possible firing positions.

The new Panzerjäger ("tank hunter") design would be armed with the same 7.5 cm gun as fitted to the Panther: the Pak 42 L/70. Initially a new chassis was planned, but that of the Panzer IV had to be used.

Previous efforts to mount bigger guns on smaller chassis resulted in the Marder series as well as StuG IIIs. The Marder series were tall and had open crew compartments. The new design had a low silhouette and completely enclosed, casemate fighting compartment.

The Jagdpanzer IV used a modified Panzer IV Ausf. H chassis, but the almost-vertical front hull plate was replaced by sloped armor plates. Internally, the layout was changed to accommodate the new superstructure, moving the fuel tanks and ammunition racks.

Since the Jagdpanzer lacked a turret, the auxiliary engine which powered the Panzer IV's turret traverse mechanism could be eliminated.

The new superstructure had 80 mm thick sloped armor, which gives a much greater armor protection than a vertical armor of 100 mm. To make the manufacturing process as simple as possible, the superstructure was made out of large, interlocking plates that were welded together.

Installing the much heavier Pak 42 meant that the Jagdpanzer IV was nose heavy, especially with the heavy frontal armor. This made them less mobile and more difficult to operate in rough terrain, leading their crews to nickname them Guderian-Ente ("Guderian's duck").

To prevent the rubber rims of the road wheels being dislocated by the weight of the vehicle, some later versions had steel road wheels installed on the front.
The final prototype of the Jagdpanzer IV was presented in December 1943 and production started in January 1944, with the Pak 39 L/48 armed variant staying in production until November. Production of the Pak 42 L/70 armed variants started in August and continued until March/April 1945.

On 19–22 August 1943, after the Battle of Kursk, Hitler received reports that StuG IIIs performed better than Panzer IV within the constraints of how they were deployed. It was thus intended to stop production of the Panzer IV itself at the end of 1944 to concentrate solely on production of the Jagdpanzer IV, but the Panzer IV continued to be produced until the end of the conflict along with Jagdpanzer IV.

The box is blousey. It has a 4" void down one end.

The box art shows a Jagdpanzer IV A-O moving through a woods. It is in a wave pattern of earth-yellow, dark-green and red-brown. It has a white letter "L" on the front of the right fender and a red 112 outlined in white on the side of the hull followed by the German cross.

The commander is looking out of the upper hatch. he is in a black uniform with peaked officer's hat and is wearing ear-phones and holding a pair of binoculars.
One corner of the box art says the kit holds 603 parts and is intended for modellers age 10 and over. Kit contains model of one tank.

One side panel has color illustrations of the decal sheet, PE fret and the turned aluminum gun barrel included in the kit. Decal sheet is by Cartograf.

Next is CAUTIONS about the kit in 6 languages and the kit is not suitable for children under 3 years because of small parts in multiple languages, including English.

The copyright of the kit is 2005, over DML Dragon's street address in Honk Kong, China and kit was made in China.

​The other side panel shows 2 color photos that are identical of the model made up and 6 black and white illustrations of the kit's features: A compete superstructure incorporates all relevant details including roof hatches, the engine deck has accurate engine louvers and other fine details, realistic scissor binoculars and transparent parts for commander's vision blocks, The MG's feed cover can be shown open or closed, slide-molded muzzle brake offers excellent detail and one piece mantlet.

The instructions consist of a single-sheet that accordion folds out into 8 pages in 8 1/4" x 14" page format.

Page 1 begins with a black and white repeat of the cover art, over the parts trees illustrations.

Some parts are blued out. Meaning they are excess and not needed to complete the model.

Page 2 begins with CAUTIONS about the kit, over international assembly symbol explanations, a suggested paint color listing of Gunze Sangyo and Model Master brands of hobby paints, in multiple languages including English.
The bottom of the page has the first 3 assembly steps.

Page 3 through 7 gives a balance of a grand total of 16 assembly steps.

Page 8 is the painting and marking instructions. Two 4-views are shown:

1. The box art scheme (already described above)
It is with Panzer Lehr Division, 1944.

2. A Jagdpanzer IV A-O in overall Panzer-gray, with just a small German cross on it at the rear ends of the sides of the hull.

The bottom of the page has the decal application instructions in 6 languages, including English and the copyright of the kit as 2005. 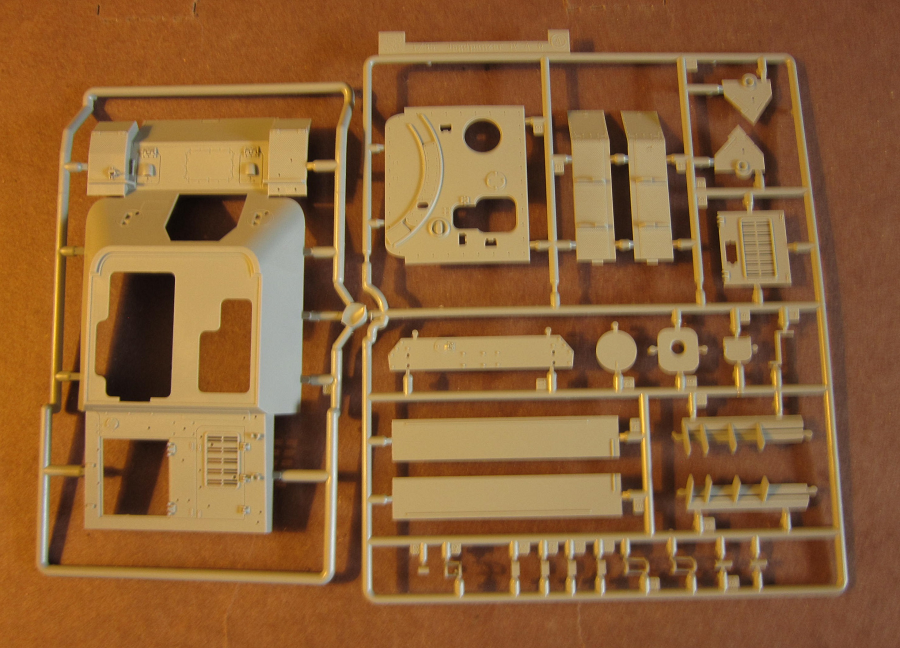 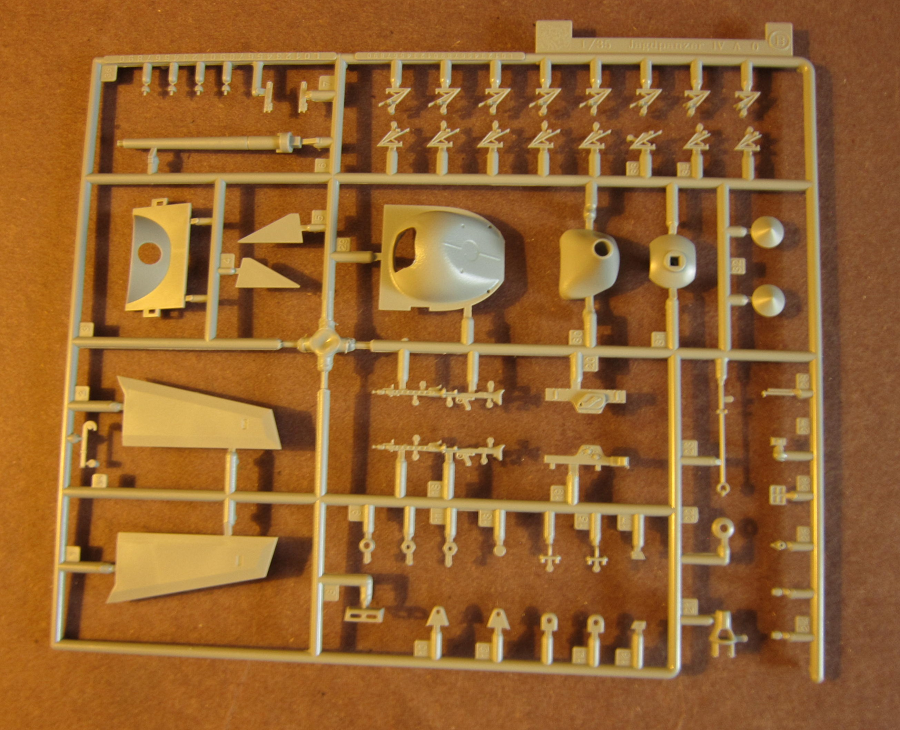 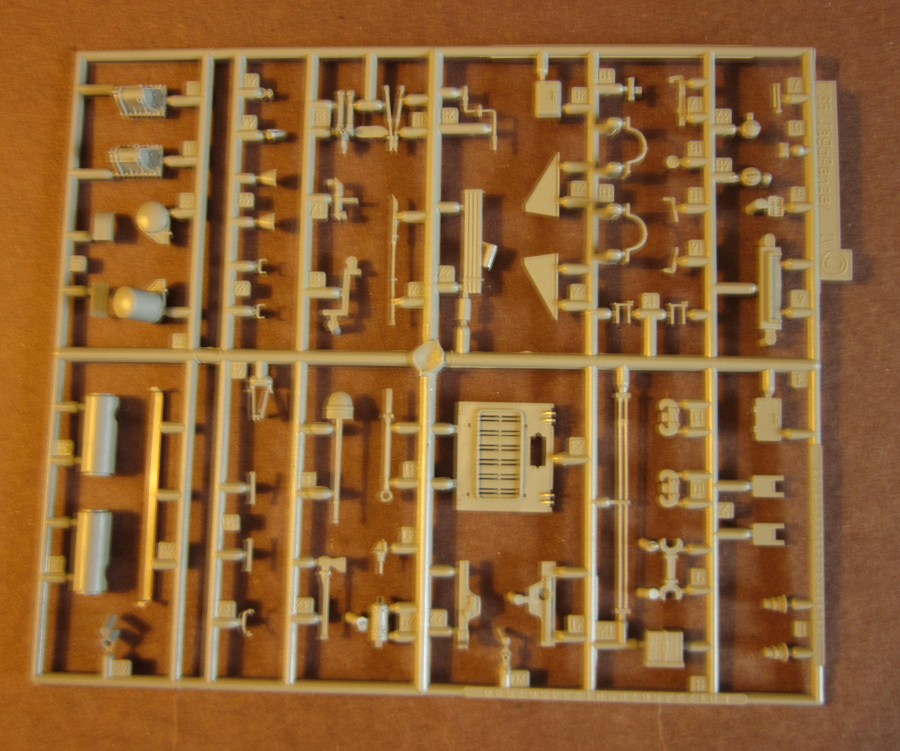 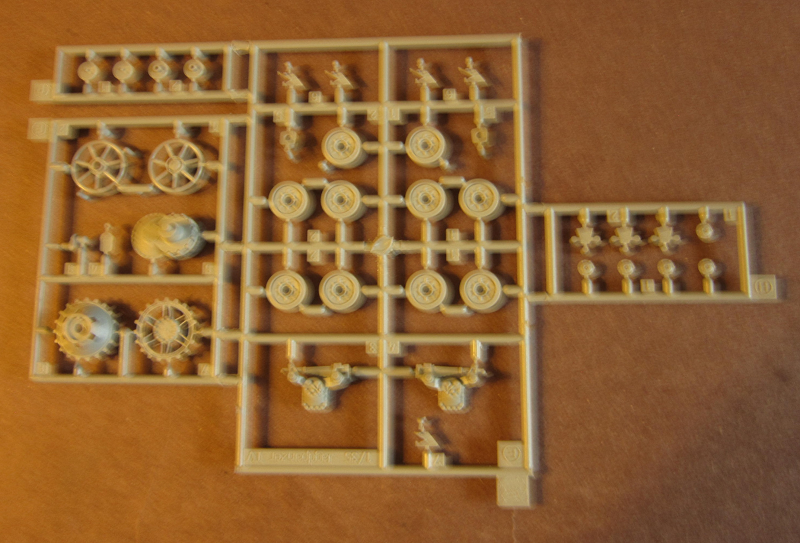 ​There are 3 identical medium-gray letter G trees. They hold the individual track links (80 parts per tree) 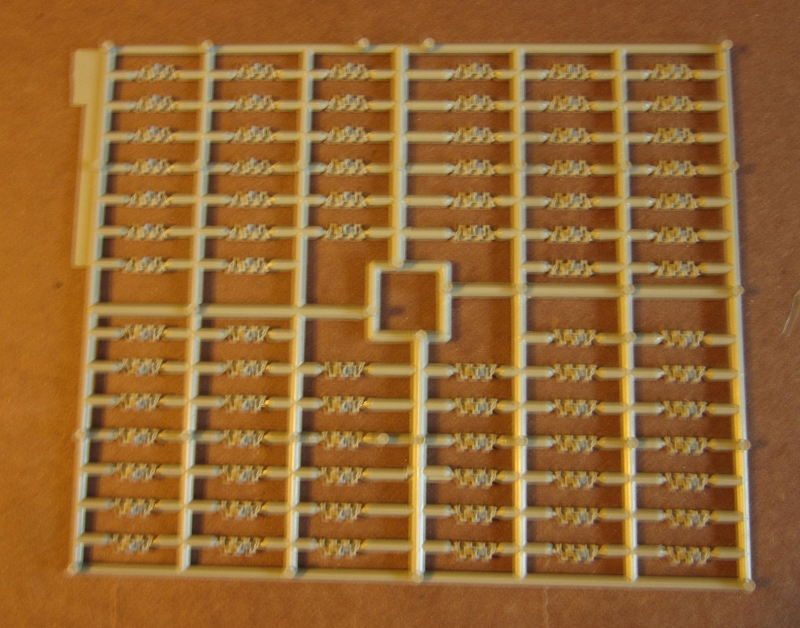 ​There is no letter I tree.

​MB is the turned-aluminum gun barrel. 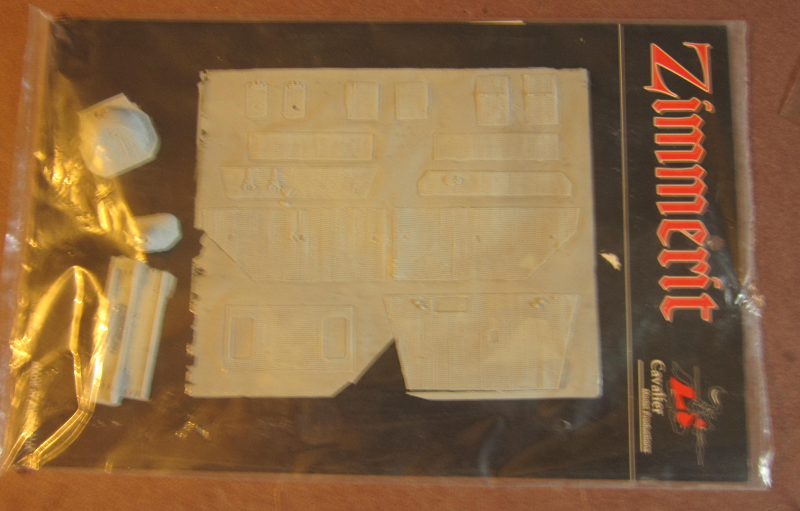 ​There are no crew figures in the kit and no internal details. However, the exterior detail is great.
Highly recommended.