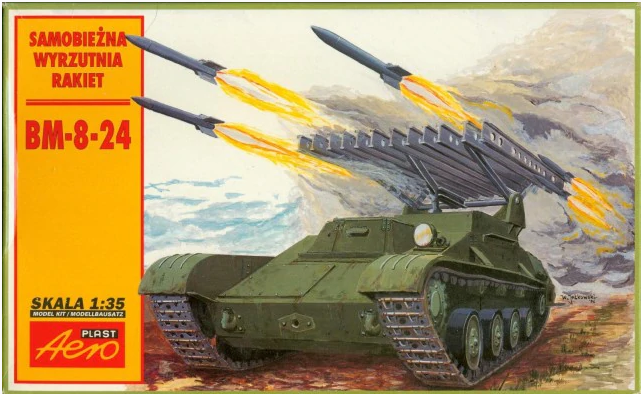 Kit no. 02
By Ray Mehlberger

The Katyusha multiple rocket launcher (Russian: Катю́ша, IPA: [kɐˈtʲuʂə] (About this sound listen)) is a type of rocket artillery first built and fielded by the Soviet Union in World War II.

Multiple rocket launchers such as these deliver explosives to a target area more quickly than conventional artillery, but with lower accuracy and requiring a longer time to reload.

They are fragile compared to artillery guns, but are inexpensive, easy to produce, and usable on any chassis. The Katyushas of World War II, the first self-propelled artillery mass-produced by the Soviet Union, were usually mounted on ordinary trucks.

This mobility gave the Katyusha, and other self-propelled artillery, another advantage: being able to deliver a large blow all at once, and then move before being located and attacked with counter-battery fire.

Although this type of weapon has existed since the 15th century (Leonardo da Vinci having perfected a similar machine), the design of the Katyusha may have been influenced by Giuseppe Fieschi Machine infernale.

Fieschi was honored in a religious service at a Moscow church at the prompting of Soviet General Koskov, the inventor of the Katyusha rocket launcher.

The T-40 amphibious scout tank was an amphibious light tank used by the Soviet Union during World War II. It was armed with one 12.7 mm (0.5 in) DShK machine gun. It was one of the few tanks that could cross a river without a bridge.

It was primarily intended to equip reconnaissance units. A land-based version of the T-40, the T-40S, was produced, although was later redesignated the T-60. The T-60 was cheaper, simpler, better-armed, and could fulfill most of the same roles, so T-40 production was halted.

The vehicle served mainly in Operation Barbarossa and the defense of Moscow, and it was rarely seen after that point, although it was used in Soviet training schools until 1946.

A total 44 examples of the type were later fitted with Katyusha rocket launchers, firing 82 mm unguided rockets from a 24-rail launcher.
​THE KIT:

Aeroplast says it was located in Warsaw, Poland on the box of this kit. I don't know if they still exist or not ?

The box art shows a BM-8-24 tank launching its rockets. It is overall Russian green with no markings shown.

Both side panels of the box have a one-paragraph history and specifications of the tank in Polish, German and English and Aeroplast address and phone number in Warsaw, Poland.

​This kit contains 6 chalk-white trees that are not cello bagged and the instructions.

Page 1 through 4 gives 5 assembly steps, that are very busy exploded drawings. The steps are numbered with Roman numerals.

There are 2 chalk-white letter A trees.

One of them holds: the hull nose wall, hull sides, engine air intake louvers, a cannon (which is X'd out as being excess and not needed to complete the kit) and a turret ring (also excess).(6 parts). 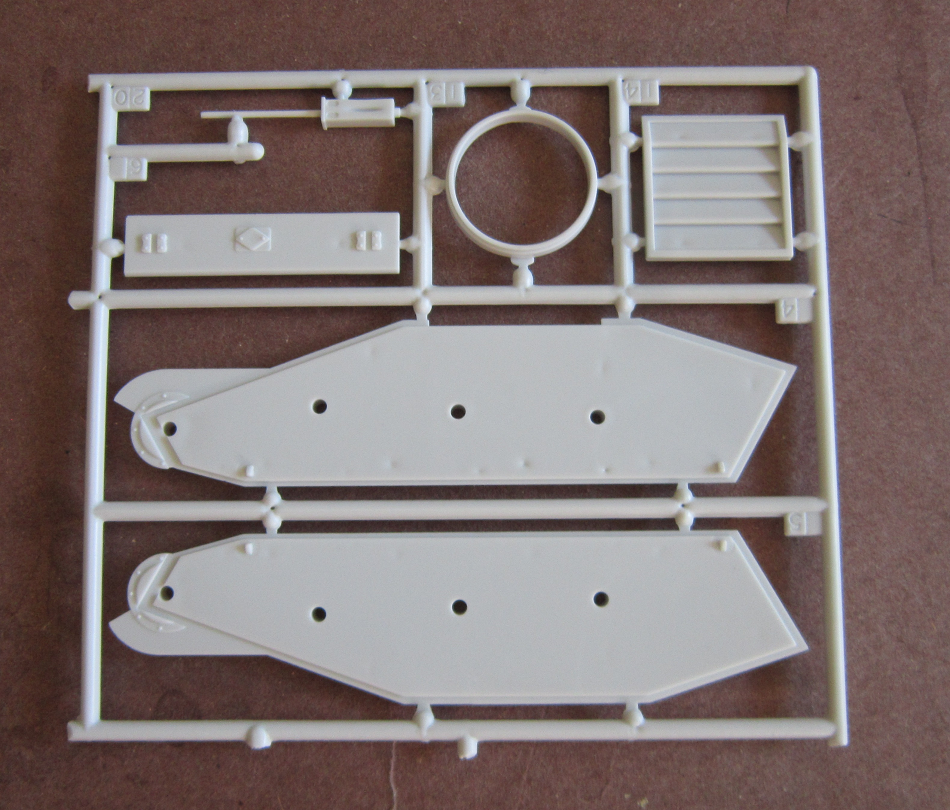 ​The other chalk-white letter A tree holds: the hull top and bottom and rear wall, hatches, horn etc. (15 parts) 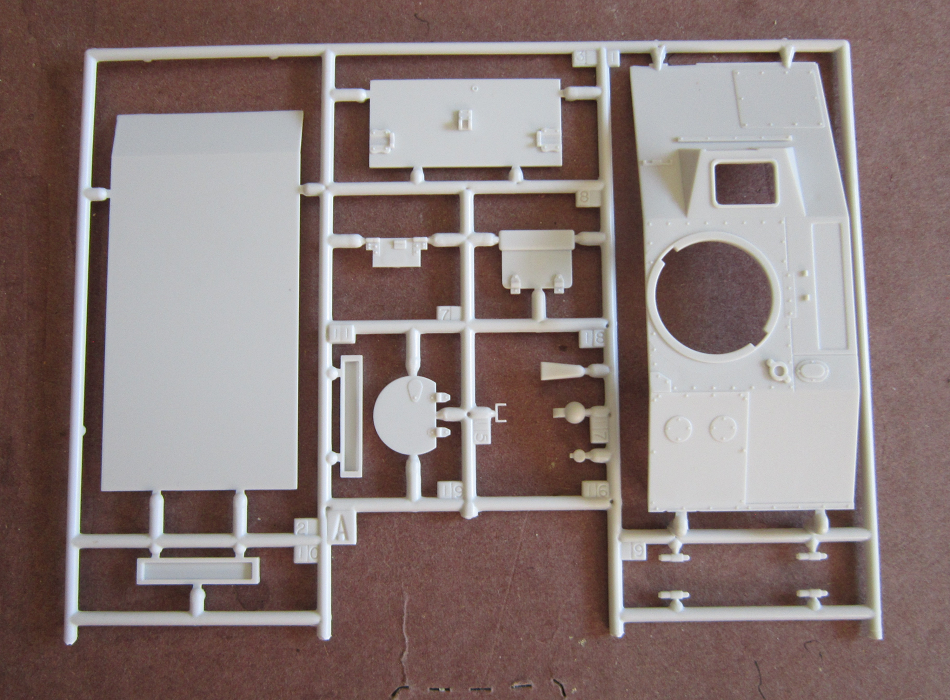 ​There are 2 identical chalk-white letter B trees. They each hold: link & length type tracks, fenders, tool chest, sprocket, return rollers, tow hooks, idler wheels and a choice of either solid hubbed road wheels or spoked hub ones etc. (51 parts each)

​There are also 2 identical chalk-white letter C trees. They each hold: rocket launcher rails and their supports, rockets etc. (65 parts each) 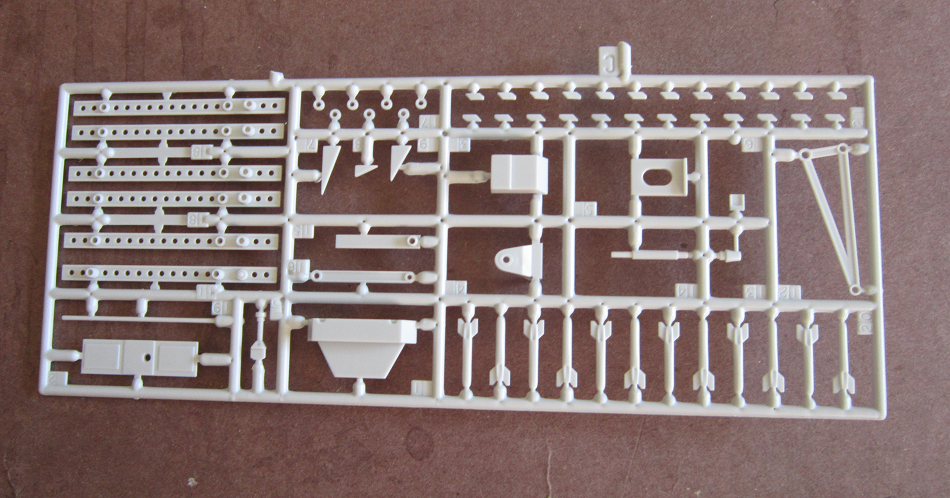 ​There are no figures included and no interior details or decals. The external detail is very nice though.