The de Havilland DH.98 Mosquito is a British twin-engine shoulder-winged multi-role combat aircraft, introduced during the Second World War, unusual in that its frame is constructed mostly of wood.

It was nicknamed The Wooden Wonder, or "Mossie". Lord Beaverbrook, Minister of Aircraft Production, nicknamed it "Freeman's Folly", alluding to Air Chief Marshal Sir Wilfred Freeman, who defended Geoffrey de Havilland and his design concept against orders to scrap the project.

In 1941 it was one of the fastest operational aircraft in the world.

It was also used by the British Overseas Airways Corporation (BOAC) as a fast transport to carry small, high-value cargoes to and from neutral countries through enemy-controlled airspace.

The crew of two, pilot and navigator, sat side by side. A single passenger could ride in the aircraft's bomb bay when necessary.

The Mosquito FBVI was often flown in special raids, such as Operation Jericho – an attack on Amiens Prison in early 1944, and precision attacks against military intelligence, security and police facilities (such as Gestapo headquarters).

On the 10th anniversary of the Nazis' seizure of power in 1943, a morning Mosquito attack knocked out the main Berlin broadcasting station while Hermann Göring was speaking, putting his speech off the air.

The Mosquito flew with the Royal Air Force (RAF) and other air forces in the European, Mediterranean and Italian theaters.

The Mosquito was also operated by the RAF in the South East Asian theater and by the Royal Australian Air Force (RAAF) based in the Halmaheras and Borneo during the Pacific War.

During the 1950's, the RAF replaced the Mosquito with the jet-powered English Electric Canberra.

Both are Mk. IV day-bomber variants. They both are in a wave-pattern of brown and dark-green over light-grey under-carriages.

The nearest Mosquito has a white fuselage code of K roundel GB and white spinners .

One corner of the box art says "Assemble in a choice of 4 different authentic versions, in flying or landing position".

Another corner has a white circle with "FITS FLIGHT-STICK" On it.

One side panel begins with a color head-on illustration of a Mosquito, followed by a one-paragraph history of the Mosquito, over the copyright date of 1966 for this kit and Monogram's address in Morton Grove, IL. Printing done in USA.

​The other side panel says to assemble in your choice of 4 different authentic versions, followed by 4 color side-views of Mosquito's:

A NF. II version night-fighter that is overall jet black.

A F.B. VI fighter-bomber in a wave-pattern of dark-green and brown over a light-grey under-carriage, with red serial no. DD609.

A Mk. IV day-bomber in a wave-pattern of dark-green and brown over a light-grey under-carriage with white fuselage code K roundel GB (the box art scheme), followed by red serial no. DZ378

A Mosquito II night-fighter that is in a wave-pattern of dark-green and brown over a light-grey under-carriage, with white fuselage code T roundel EG and a black serial no. MM417.

Monogram, a subsidiary of Mattel address in Morton Grove, IL is again shown.
WHAT'S IN THE BOX:

​Trees are not alphabetized or illustrated in the instructions. They do. however, have part number tabs next to the parts on them. Bad move Monogram!

Everything is not cello bagged.

Page 2 begins with READ THIS BEFORE YOU BEGIN instructions over the first 4 assembly steps.

Page 3 to the top of page 5 gives a grand total of 11 assembly steps. Not all are numbered.

The bottom of page 5 is painting and marking instructions. 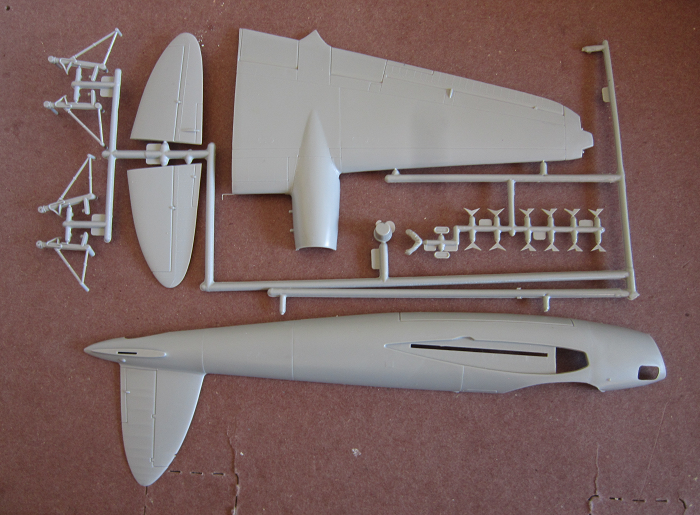 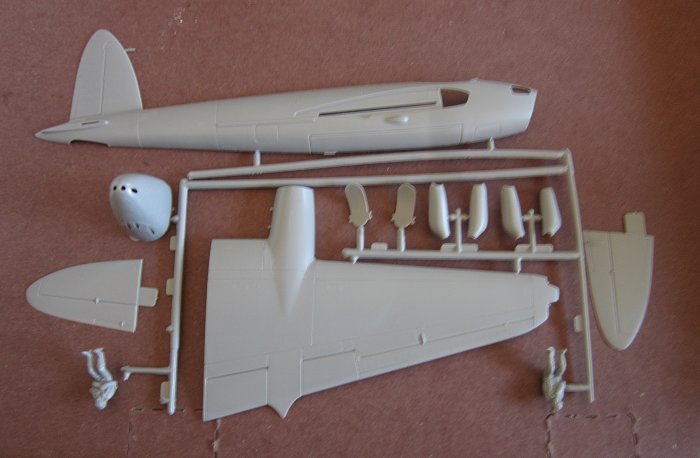 ​The third medium-grey tree holds: a lower wing half and slipper tanks (5 parts) 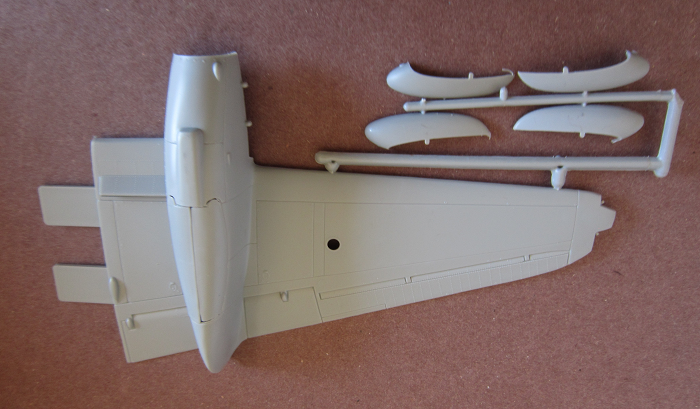 ​The fourth medium-grey tree holds: the other lower wing half, spinners (5 parts) 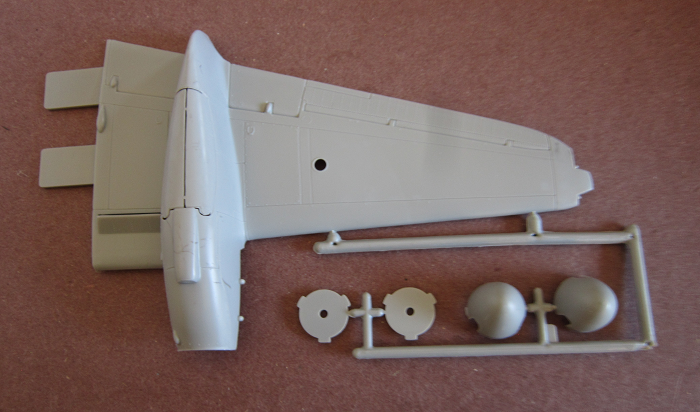 ​Medium-grey parts that have broken off the trees are: the fuselage nose, other elevator halves, gear compartment door, 3 clear cockpit canopy sections.
​The clear tree holds the fuselage nose and light lenses (12 parts) 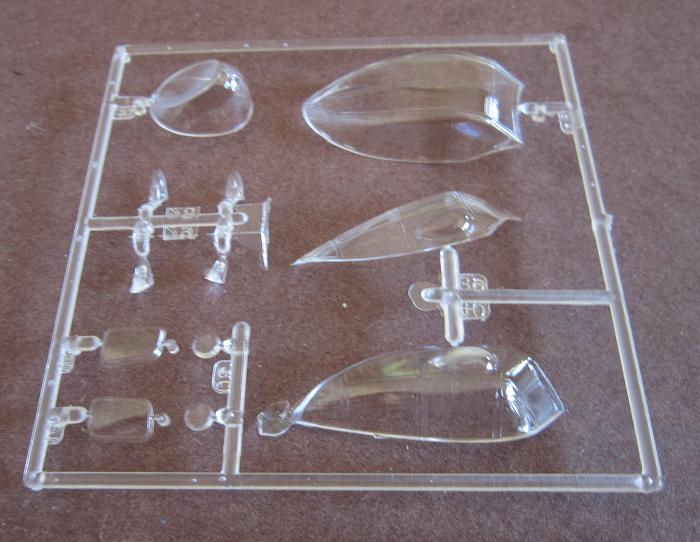 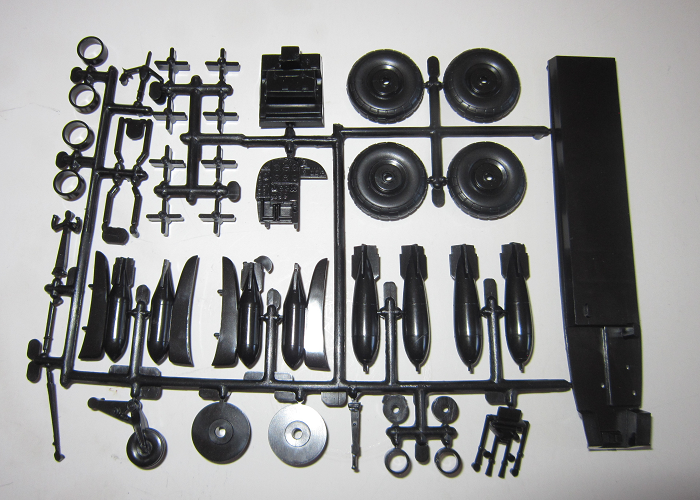 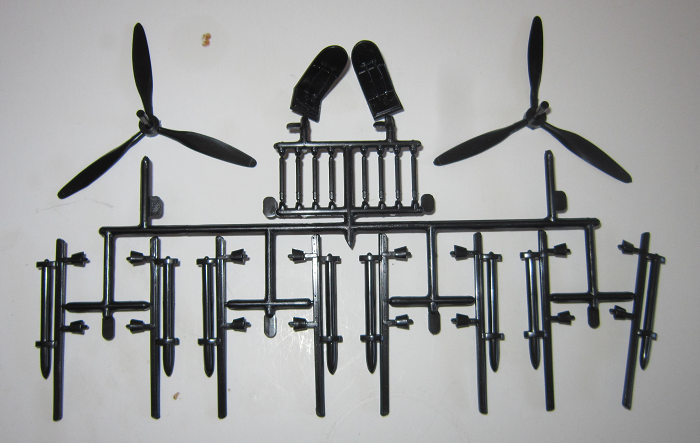 A Science Program flyer is included in the box. 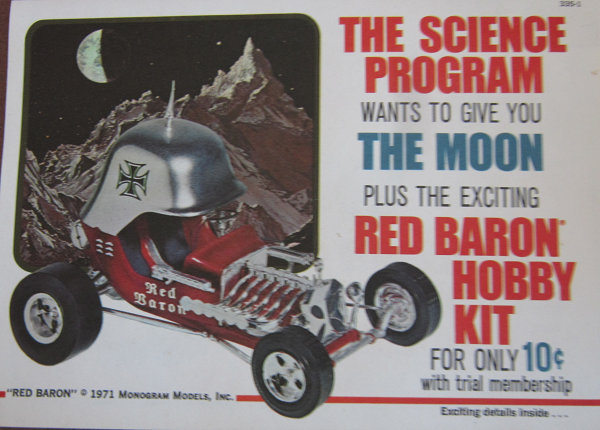 The Sky Stick Flight Simulator flyer is also in the kit. 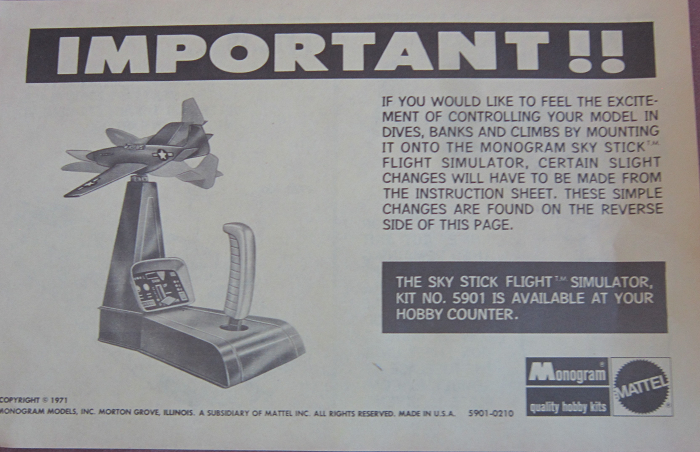 The last item is the kit decals for the versions above. 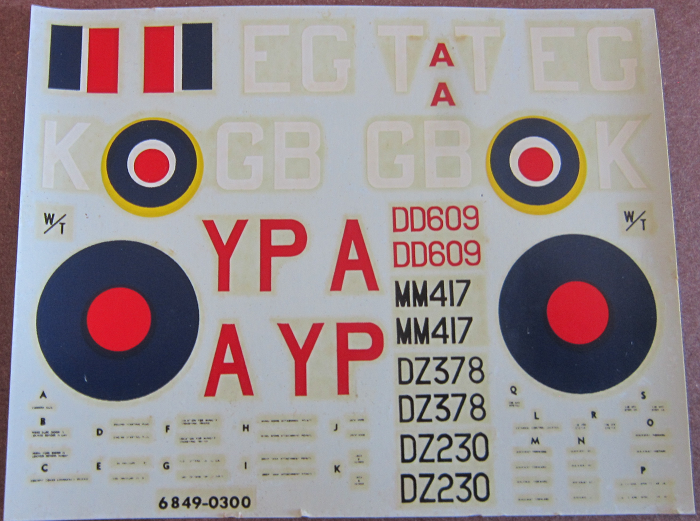 The kit has minimal engraved detail. Flaps are all molded solid.
​Recommended.