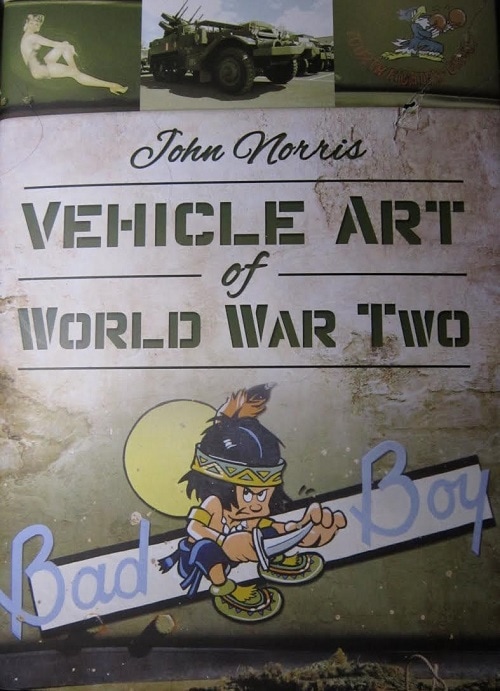 MSRP: $39.95
The "nose art" that decorated WWII aircraft has received considerable attention, but the images and slogans that decorated land vehicles has been less widely appreciated.

This visually stunning book displays many fine examples (original or faithly recreated) of the art that adorned the military vehicles of both Allied and Axis forces.

Both official unit markings, such as divisional badges and unit emblems, as well as decidedly less official renderings of pin-up girls and cartoon characters are included.

John Norris's concise, but well researched text and extended captions set the artwork in context and explain the development of vehicle art through the course of the war and in the various armies. The result is a visual treat for the casual reader and a valuable reference for re-enactors, vehicle restorers, wargamers and modelers.

John Norris is a freelance military historian, who writes regular columns for several specialist titles, ranging from vehicle profiles to re-enactment events. He has written 15 books on various military historical subjects, most recently "Fix Bayonets" (due to be published by Pen & Sword).

Pen & Sword Ltd. is based in the U.K. This book was bound and printed in India.

The book at the start shows photos of Greek hoplites and Roman Legionair re-enlactment groups showing the markings on their shields. This is to show that marking military equipment actually goes back many years.

Many slogans, nicknames, characters (like pin-up girls and cartoon characters) are shown, as well as official unit markings and serial numbers.

This book will be very interesting to modelers that are looking for some cool markings to put on their vehicles. It will hold interest for military historians and enthusiasts too.

I want to thank the folks at Casemate who sent me this review sample.

A complete listing of Pen & Sword books can be seen on Casemate's web site at:
www.casematepublishing.com