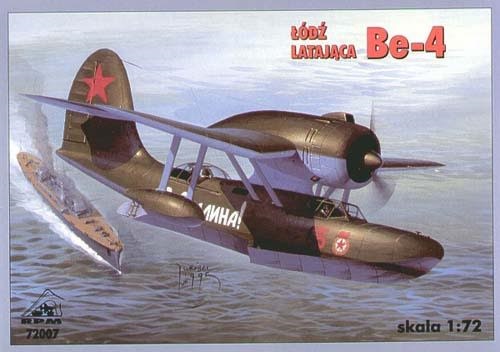 The Beriev Be-4 (originally designated KOR-2) was a reconnaissance flying boat built to operate from Soviet warships during World War II.

In 1939, Beriev was ordered to develop a successor to the KOR-1 design, which would overcome the numerous problems encountered in operational experience with that design. The new aircraft, with the in-house designation KOR-2, first flew on 21 October 1940 at the Beriev factory in Taganrog.

The Be-4 was an elegant, parasol-winged monoplane with a slight inverse-gull wing. The large radial engine was mounted in a nacelle above the fuselage.

Testing continued through January 1941, when series production was ordered under the designation Be-4, at a factory near Moscow. However, due to the start ofWorld War II, only two aircraft were completed. The factory was dismantled, and evacuated to Omsk, then to Krasnoyarsk, where production resumed in May 1943 through the end of 1945. A total of 47 aircraft were eventually completed.

The Be-4 was placed into operational service with the Russian Black Sea Fleet from 1942, where it was used for coastal reconnaissance, anti submarine and transport duties. It was also used on the cruisers Maxim Gorki and Kirov.

RPM is a model company based in Warsaw, Poland.

This kit came in an end-opening type box. It was not shrink-wrapped and the end flaps were held shut with Scotch tape.

The box art shows a Be-4 over-flying a Russian ship. It is in overall dark green with medium blue undercarriage. It has a Soviet red star on the sides of the rudder, a Order of the Red Flag logo on the sides of the nose, a yellow 08 outlined in black on the left side of the fuselage and a white Russian slogan down the right side of the fuselage. Unfortunately, I have no idea what that patriotic slogan says??

One side panel says the kit is suitable for modelers over 10 in Polish, English and German, each marked with a color illustration of the flags of the countries that speak those languages. The copyright of the kit is listed as 1996, followed by RPM’s street address in Warsaw, their telephone and FAX numbers.

The back of the box has 4 color illustrations of the box arts of other kits that RPM marketed.

The instructions consist of a single sheet, folded in the center to create 4 pages in 9” x 12” page format. However, one side of this sheet is BLANK, leaving only 2 pages printed in very light-gray ink.

The first page of the instructions begins with a black and white repeat of the box art, followed by the history of the Be-4 in Polish only and 4 painting and marking illustrations for schemes.

A Be-4 in overall dark green above a light blue undercarriage. It has a white number 2 on the rudder and  red stars on the fuselage sides and below the wings. Scheme was worn in 1944, but the description is all in Polish, so I cannot say what the group was.

A Be-4 in the same 2 colors but with an aluminum engine cowling. It ha a white number 4 below the cockpit on the sides and red stars on the fuselage sides, rudder and below the wings. This scheme was worn in 1941, Again, the description is in Polish.

A Be-4 in a base of dark green with a black wave pattern over it above the light blue undercarriage. Just red stars on fuselage sides and below the wings. Scheme was worn in 1944.

The fourth scheme is the box art subject, already described above. It was worn in 1945. 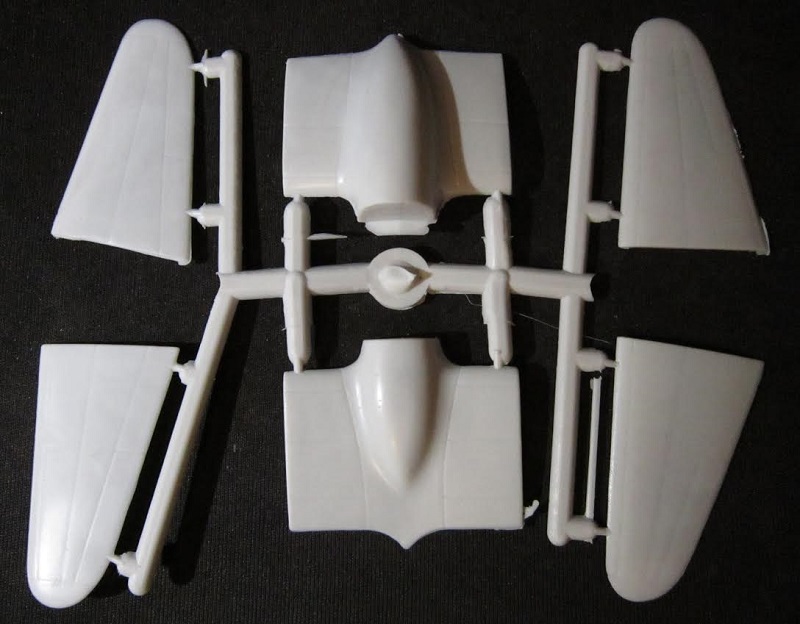 The other tree holds; the engine, elevator halves, dash board, bulk heads, cockpit floor, 3 crew seats, the cowling, pontoons and their struts and the propeller (35 parts) 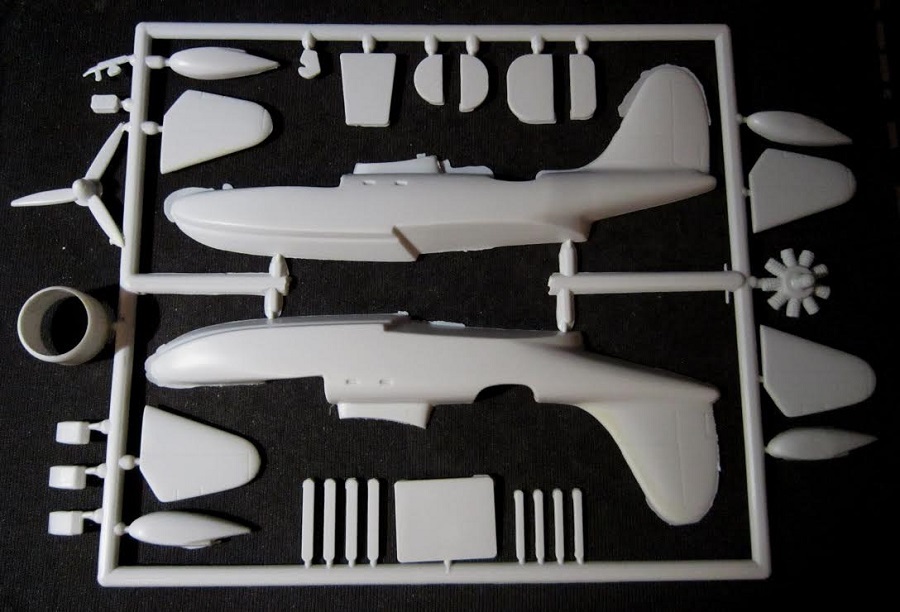 The pilot and observers canopies.

The decal sheet for the color schemes mentioned above. 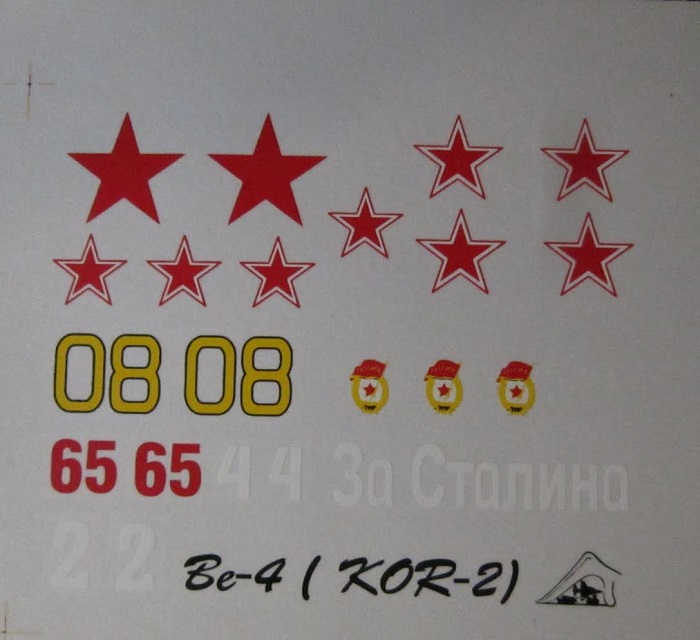 There is some light flash on some parts. Detail is engraved, but not very deep. Control surfaces are all molded solid. This kit has detail that is just okay in quality.

I got my kit years ago in trade with a guy in Poland.