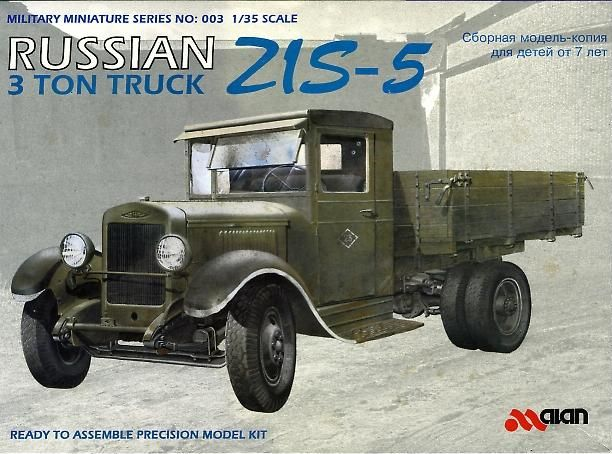 My kit was gotten in trade with Alan Volinsky, the owner of Alan Models, that went out of business. He advertised for a modeler correspondent in a issue of Military Modeler magazine and I contacted him by mail.

We traded kits before he started his Alan Models company and he sent me some of his kits in trade.

After he went out of business in St. Petersburg, Russia, he sold 90% of his molds to Ark Models, who is also located in Russia.
​HISTORY:

In 1931 Moscow Avtomobilnoe Moskovskoe Obshchestvo (AMO, Russian Автомобильное Московское Общество (АМО) — Moscow Automotive Enterprise) truck plant was re-equipped and expanded with the help of the American A.J. Brandt Co., and began to produce a new truck with designation of AMO-2. AMO-2 was intended as a replacement of the previous AMO-F15, the first Soviet truck ever built (it was a copy of the Italian Fiat F-15).

Soon AMO-2 was improved, and new models AMO-3 and AMO-4 appeared. In 1933 AMO was rebuilt again and renamed into Factory No. 2 Zavod Imeni Stalina (or Plant of Stalin's Name, abbreviated in ZIS or ZiS) and in Summer first prototypes of the new ZIS-5 appeared.

Serial production of the new truck started on October 1, 1933. The truck was an instant success and, which together with GAZ-AA, became the main Soviet truck of 1930-50's.

It also evolved into the workhorse of the Soviet armed forces: at the beginning of Operation Barbarossa the Red Army could line up 104,200 of those trucks.

Facing the German invasion, in the autumn of 1941 the production line at Moscow plant was stopped and ZIS was moved to Ulyanovsk (on the Volga) and to Miass (in the Chelyabinsk region of the Urals).

Production at Ulyanovsk UASZIS lasted from February 1942 to 1944, while UralZIS at Ulyanovsk it began in July 1944; UralZIS fitted the truck radiators with own label and produced it until 1955, well after the end of the war.

In the meantime Moscow ZIS plant had restarted production of these trucks in April 1942, and continued until 1948, when the new ZIS-50 (ZIS-5 with new engine) appeared.

In 1955 UralZIS also modified the ZIS-5: It got new engine and oval fenders, different from pre-war ones. This new model received the designation of UralZIS-355 or ZIS-355.

As already mentioned above, Alan was based in St. Petersburg, Russia and went out of business, selling 90% of their molds to Ark Models in Russia.

The box art shows a Zis-5 against a gray background. It is overall Russian green with a stenciled white diamond with a 23 on it on the cab doors. It has white edges on the front fenders and hinged windshield.

One side panel has a color side view of the truck in a base of Russian green over-painted with white wash, with a green areal left on the doors that has white stenciled diamond with the white number 23 on it, followed by a rear view of the truck with white Russian letter E 61 97 on the back.

The kit contains 4 dark-gray trees, a light gray tree and a clear tree in a sealed clear cello bag, the decal sheet and the instructions.

Page 1 begins with a black and white repeat of the box art over the history of the Zis-5 in English, German and Russian.

Page 4 is the marking and painting instructions showing a 2-view.

It says the model can be overall Russian green, or in the winter have a coating of white wash on it.

It can have either a white circle with a red 503 on it on the cab doors or the stenciled white diamond with 23 on it (the box art scheme).

Below this is Alan's P.O. Box address in St. Petersburg, Russia, when they existed there.

Assembly steps no. 3 and 6 are very very busy and a modeler can easily go wrong. Much care has to be taken.

Trees are not alphabetized or illustrated in the instructions. They do have part number tabs next to the parts on them though. Care will have to be taken to study each assembly step to get the correct parts. Bad move Alan!! 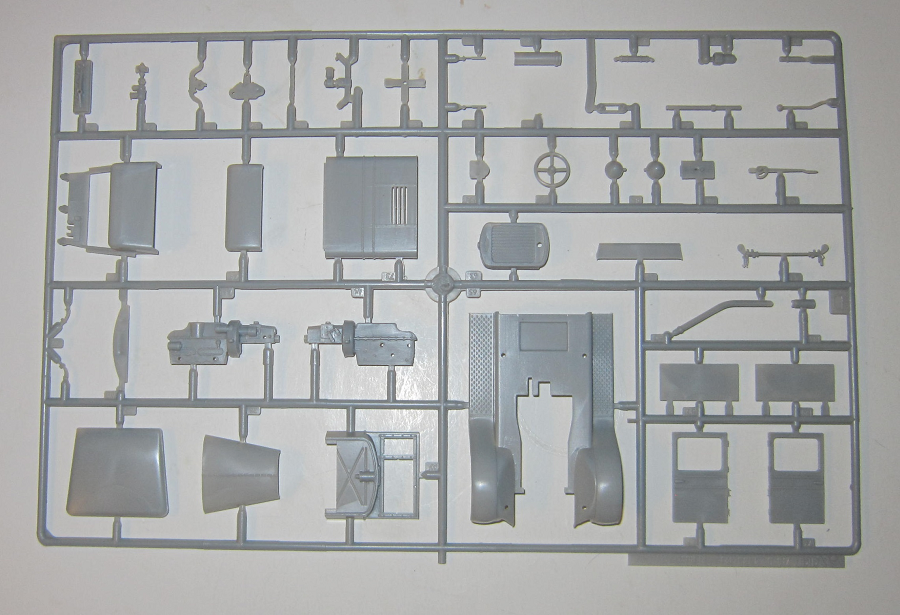 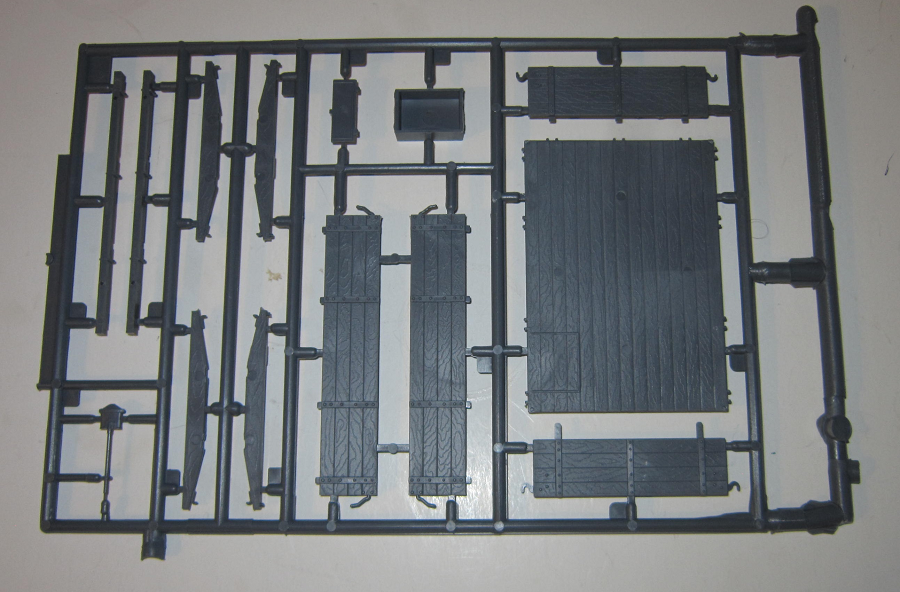 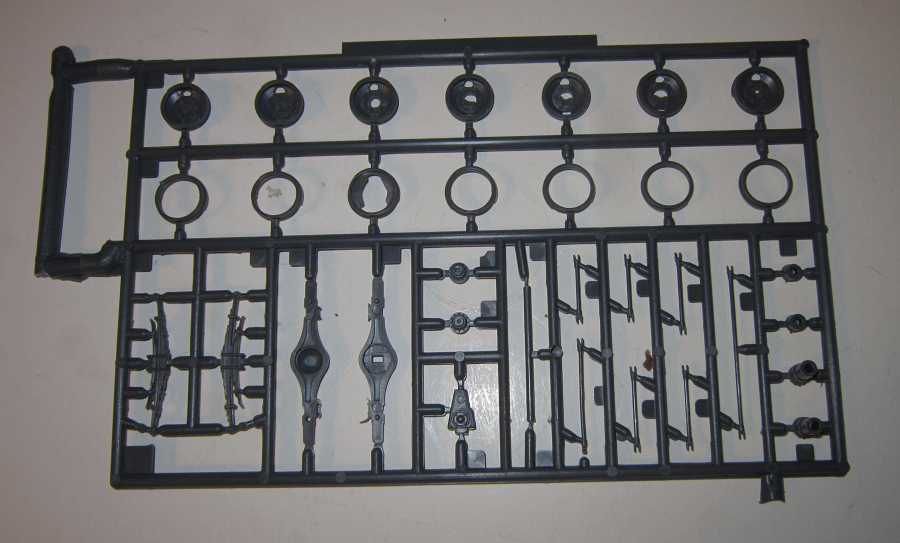 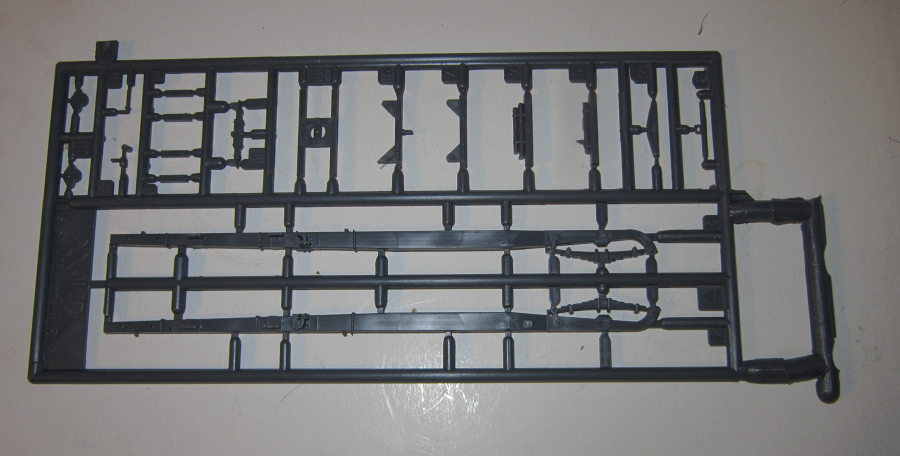 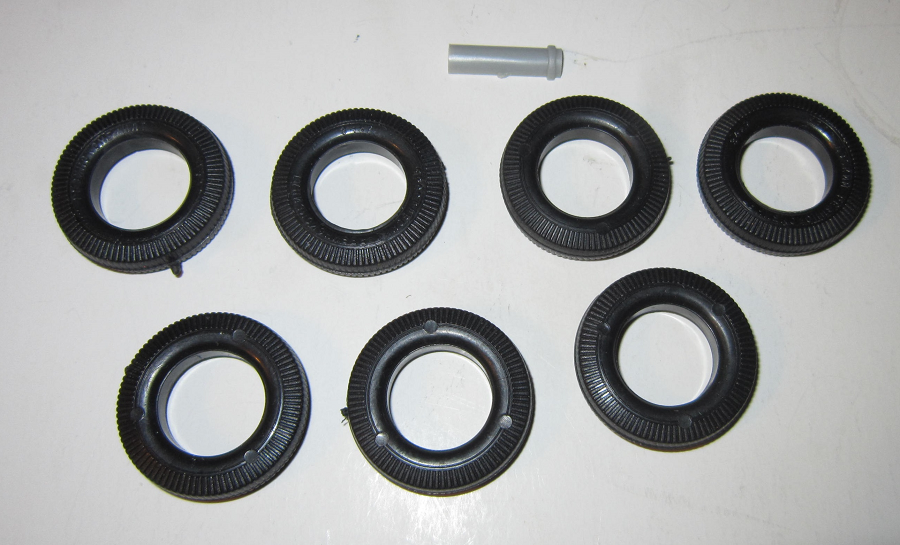 ​The clear tree holds the windows and headlight lenses (7 parts)
​There are no figures included. 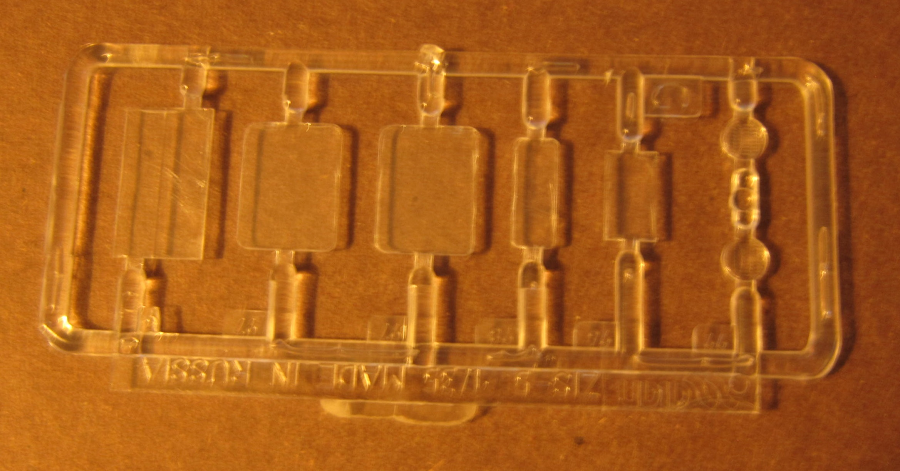 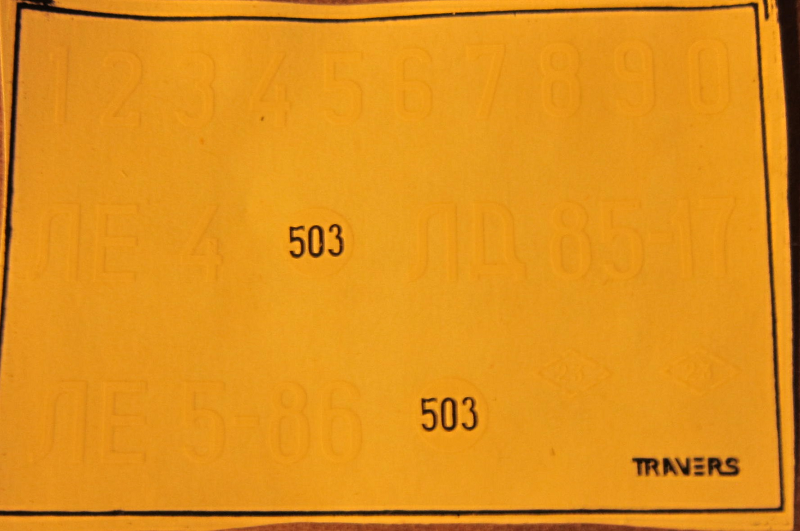