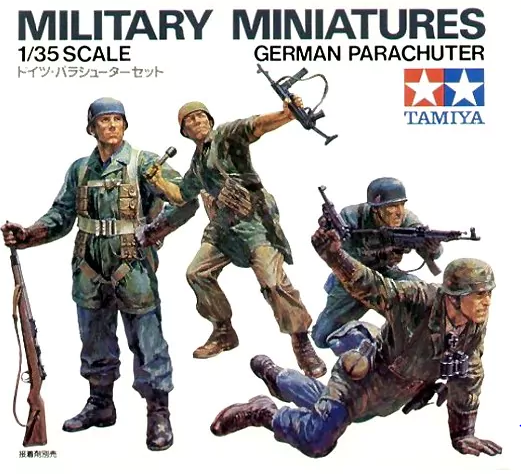 The Fallschirmjäger were the paratrooper branch of the German Luftwaffe before and during World War II.

They were the first German paratroopers to be committed in large-scale airborne operations and came to be known as the "green devils" by the Allied forces they fought against.

The Fallschirmjäger were seldom used as parachutists. Instead, they were prized for their combat abilities and frequently acted in a "fire brigade" role as roving elite infantrymen.

Throughout World War II the Fallschirmjäger commander was Kurt Student.

This kit came in a shrink-wrapped end-opening type box.

The box art shows 4 paratroopers posed against one of Tamiya's signature all-white backgrounds, which they used for the majority of their box arts.

The man standing at the left wears a field-grey steel helmet and trousers, a camouflaged smock, tan cloth shoulder straps and belt, low black shoes. He is leaning on his 98K carbine with his right hand and has his left hand on his hip.

The paratrooper behind him wears a tan steel helmet, a camouflaged smock, tan pants that are bloused into low black shoes. He is throwing a potato masher type grenade with his right hand and his left arm is raised and holding a MP40 submachine gun.

The third paratrooper is prone and raising up with his left arm. He holds a P38 pistol in his raised right hand. He has a camouflaged smock, field-grey trousers that are bloused into low shoes. He has a canteen and pistol holster on his belt and a canvas sack.

The fourth paratrooper behind the other three wears a grey steel helmet, a field-grey uniform. He is kneeling and aiming a FG42 sub-machine gun.

One side panel has color illustrations of 6 paratrooper uniform insignias.

​The other side panel has color illustrations of 6 more insignia.

​The bottom of the box has color illustrations of 8 more uniform insignias, helmet and breast insignia, camouflaged covered and bare helmets, 2 steel badges, figures in camouflaged and plain uniforms and a pair of black jack boots. 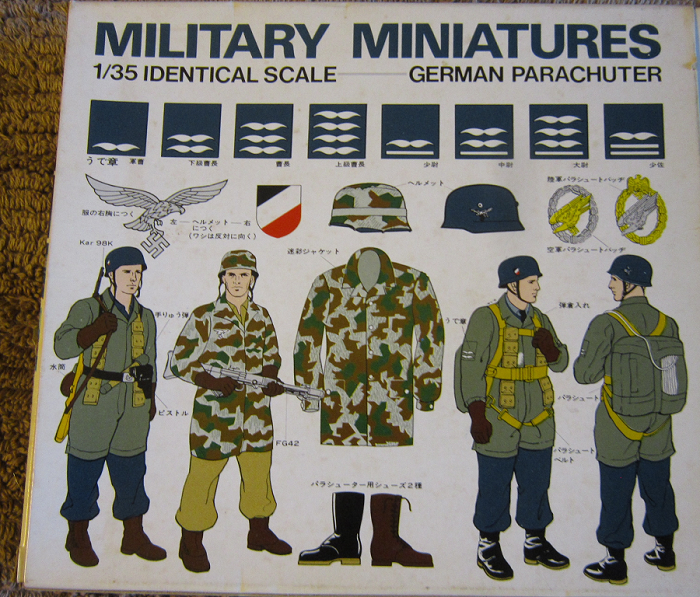 ​Inside one end flap is 2 battalion uniform cuff titles.

​Inside the other end flap is an illustration of a 98K carbine, a FG42 sub-machine gun, a P38 pistol, a MG40 submachine gun and a MP44 submachine gun.
Captions about all these is in only Japanese.

The kit holds 2 dark-green trees in a stapled-shut clear cello bag and the instructions.

The instructions consists of a single-sheet printed all in Japanese on both sides in 5 1/4" x 6" format.

The face side has a black and white photo of the 4 paratroopers made up over a lot of Japanese text and a illustration of a German Junkers Ju-52 tri-motor aircraft.

The reverse side of the instructions has 4 assembly drawings for assembly of the figures.

Trees are not alphabetized or illustrated in the instructions. They do, however, have part number tabs next to the parts on the trees. Bad move Tamiya !
The first dark-green tree holds: parts of the 4 figures and 2 canvas pouches (15 parts) 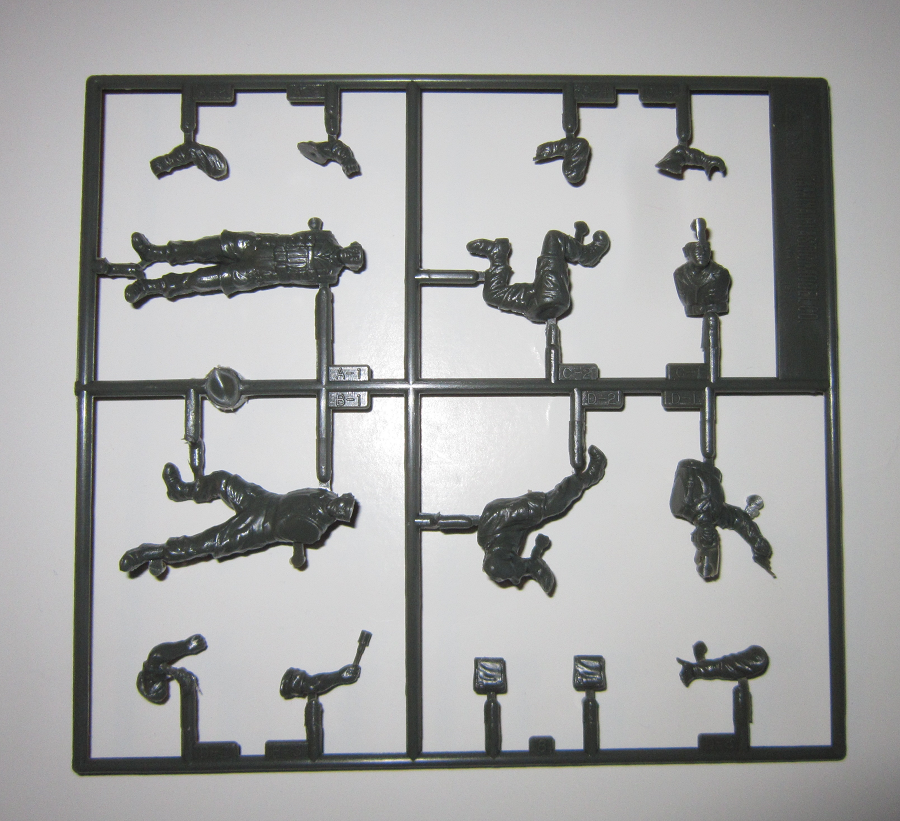 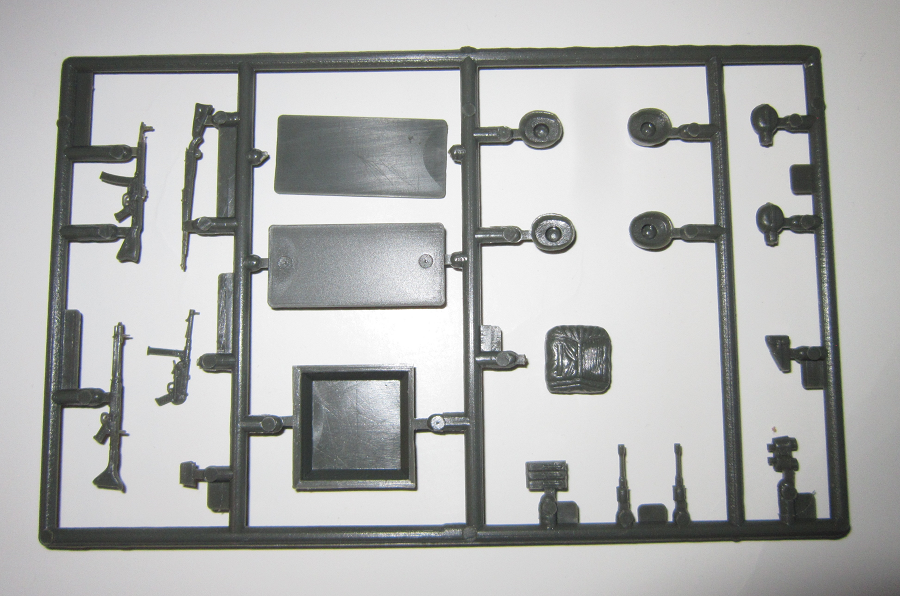 ​There are no decals included in the kit. It would have been nice to have had a decal sheet of uniform insignias.