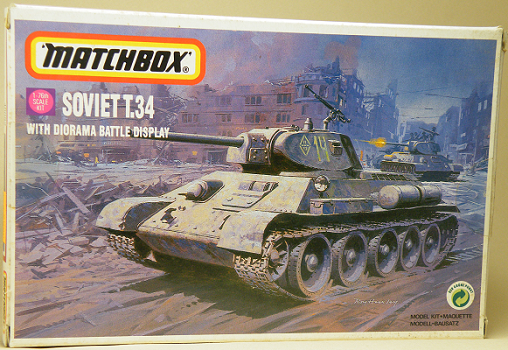 The Boeing B-52 Stratofortress is an American long-range, subsonic, jet-powered strategic bomber. The B-52 was designed and built by Boeing, which has continued to provide support and upgrades. It has been operated by the United States Air Force (USAF) since the 1950s.

Beginning with the successful contract bid in June 1946, the B-52 design evolved from a straight wing aircraft powered by six turboprop engines to the final prototype YB-52 with eight turbojet engines and swept wings.

The B-52 took its maiden flight in April 1952. Built to carry nuclear weapons for Cold War-era deterrence missions, the B-52 Stratofortress replaced the Convair B-36. A veteran of several wars, the B-52 has dropped only conventional munitions in combat.

The B-52's official name Stratofortress is rarely used; informally, the aircraft has become commonly referred to as the BUFF.

The bombers flew under the Strategic Air Command (SAC) until it was disestablished in 1992 and its aircraft absorbed into the Air Combat Command (ACC); in 2010 all B-52 Stratofortresses were transferred from the ACC to the newly created Air Force Global Strike Command (AFGSC).

Superior performance at high subsonic speeds and relatively low operating costs have kept the B-52 in service despite the advent of later, more advanced aircraft, including the canceled Mach 3 B-70 Valkyrie, the variable-geometry B-1 Lancer, and the stealth B-2 Spirit.

The B-52 completed sixty years of continuous service with its original operator in 2015. After being upgraded between 2013 and 2015, it is expected to serve into the 2050s.

Both Platz and F-Toys are based in Shizuoka City, Japan. Platz is the seller for this kit and F-Toys manufactured it.

The kit comes in a un-wrapped end-opening type box. I am no fan of this type of box, because invariably either the parts or the decal sheet find their way past one of the end flaps to become lost forever. Give me a tray and lid type box any day of the week.

The box art shows illustrations of 4 B-52H's. The one in the foreground is in a splinter pattern of 2 shades of grey and tan with a white cockpit roof. It is carrying 2 black delta winged fighters under its wings.

In the background another B-52H has black and white stripes around the wings.

A third one is overall dark grey with white bombs under the wings. The fourth one in the background is grey over a white under carraige and looks to be also carrying white bombs.

This is miss-leading as none of these ordinances is included in the kit, nor those black delta winged fighters.

The bottom of the box haa 5 color illustrations showing these same 5 B-52H's that are on the cover art. Only one of the 5 is shown as being all white with a black fuselage stripe down the side of it.

All text on the box is all in Japanese. 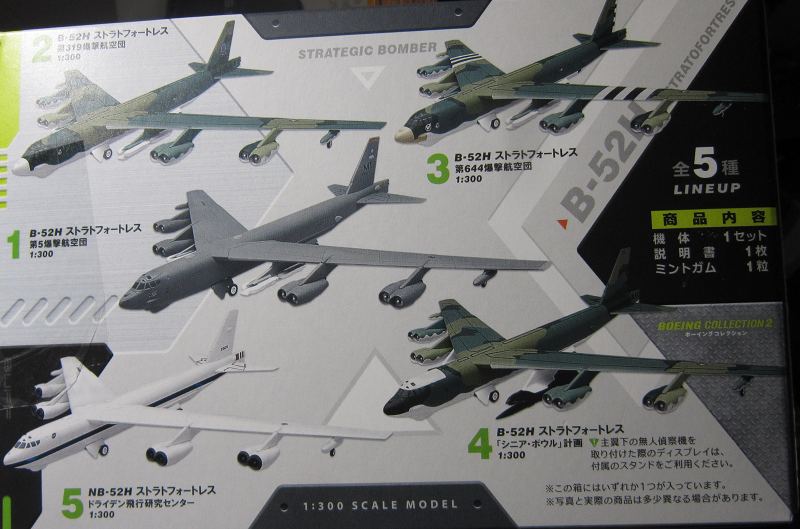 This kit contains a clear vacuformed capsule, divided into a tray and lid with molded compartments in it. It is held shut with scotch tape.

Strangely, there is a white Chicklet piece of gum in a cello bag that is at one end of the box in the small void there. 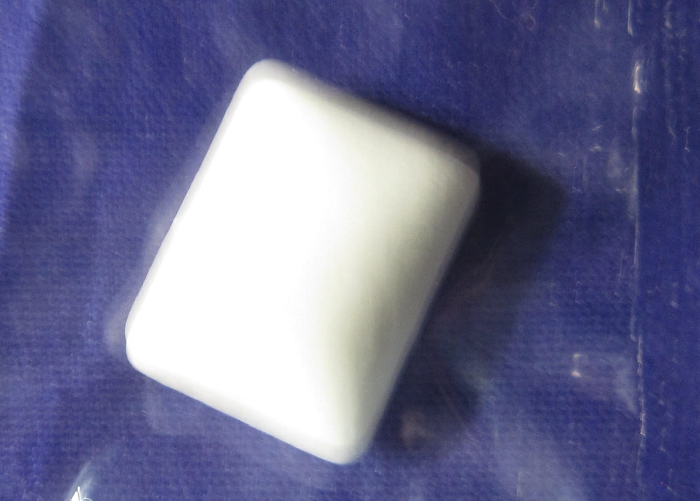 ​There are no instructions included in the kit. I was told by Platz that the reason for this is that it is a sample and instructions would be in all the kits later on.
For this reason I won't be able to name all the parts. Sorry.

The clear vacuformed capsule holds all the parts and the decal sheet. It has a bottom and a lid.

There are 5 medium-grey trees of parts, loose medium-grey parts of engine nacelles, fuselage halves and the wings.

Trees are alphabetized, but only have part number tabs next to just some of the parts on the trees.

Medium-grey letter A tree holds: under wing ordinance supports, two include fuel tanks on them (6 parts)

​There does not seem to be a letter B tree. 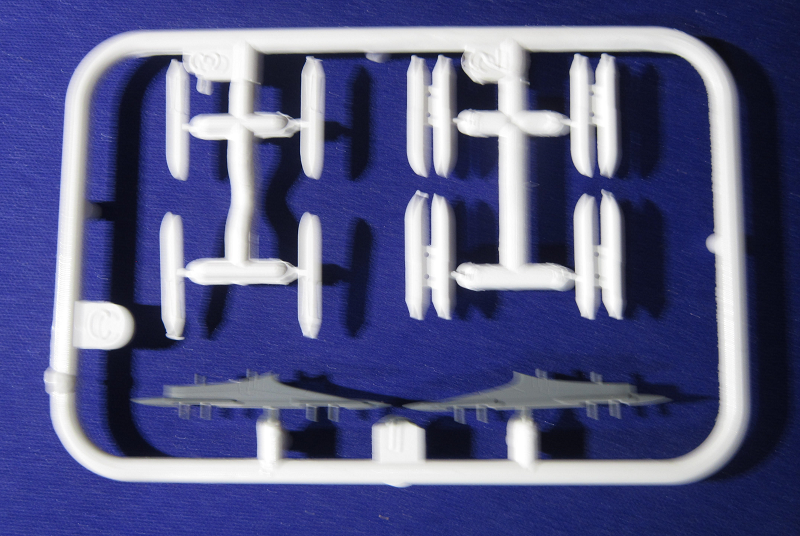 ​Medium-grey letter D tree holds: main wheels and nose wheel (that I can identify, don't know that the others are) (18 parts) Tail wheel legs are painted white. 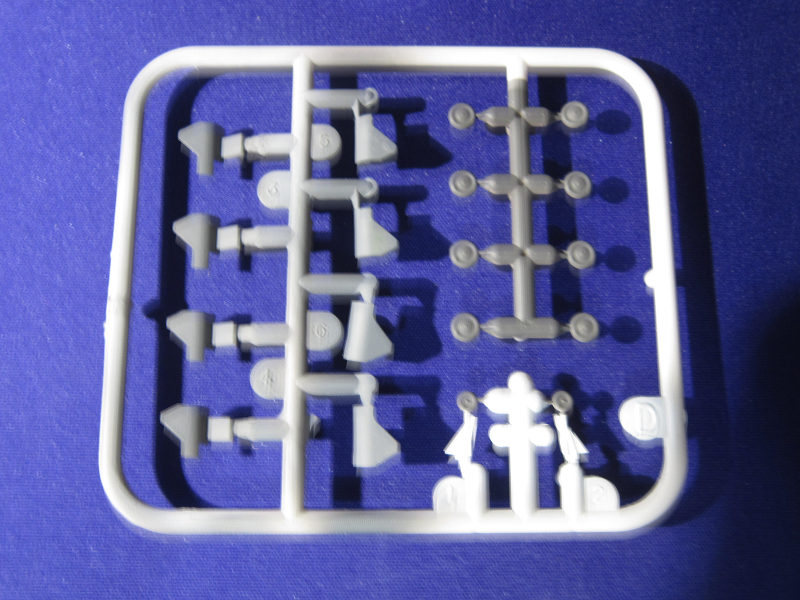 ​The smallest medium-grey letter E tree has been factory painted all in white it holds the main gear struts. (4 parts) 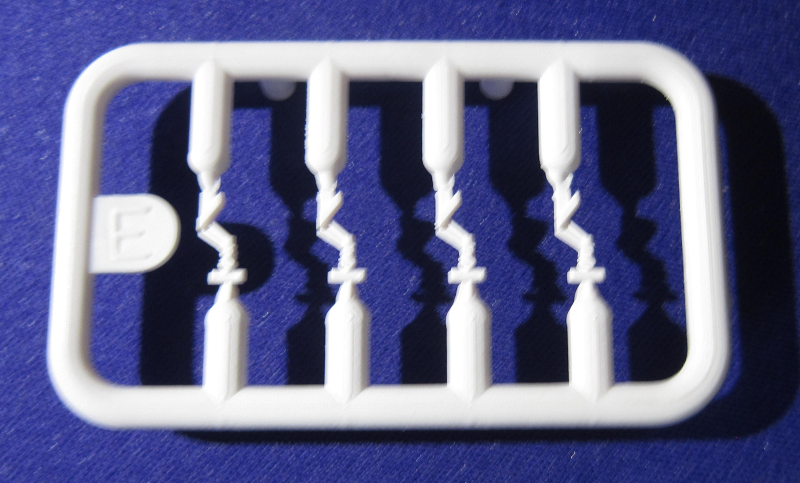 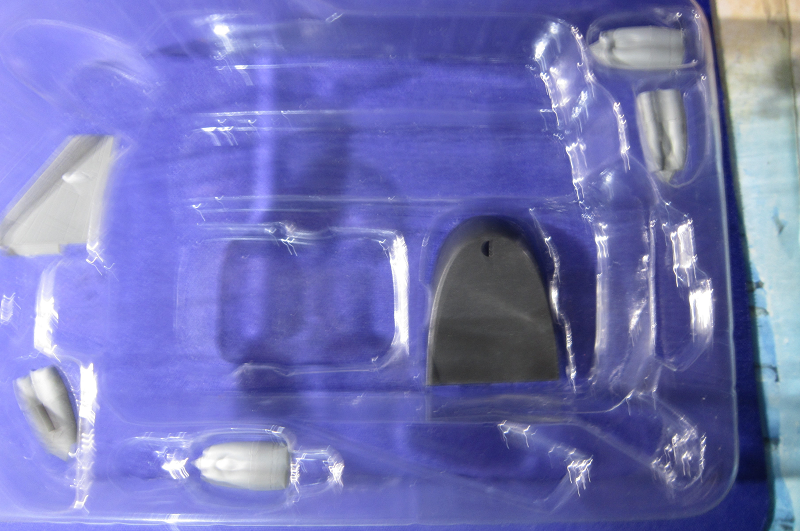 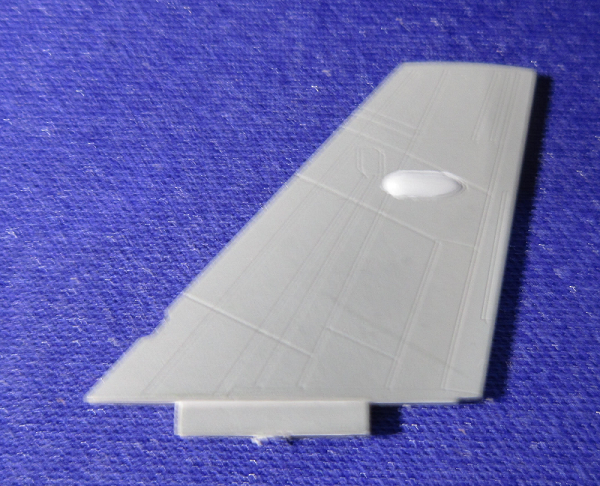 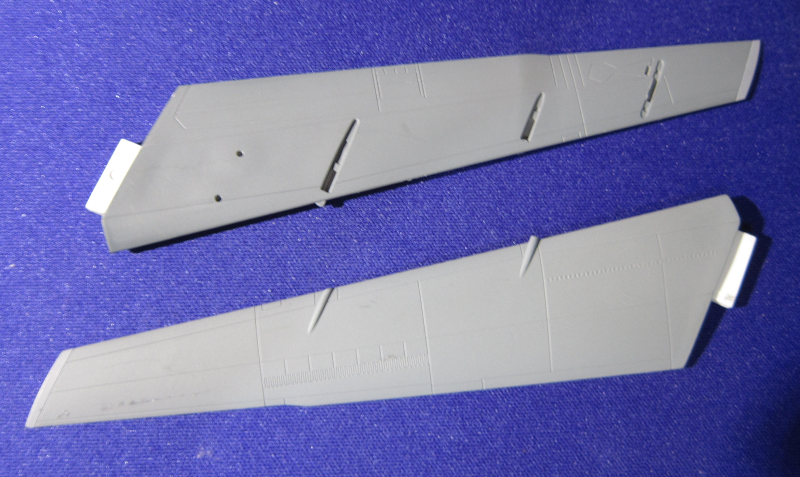 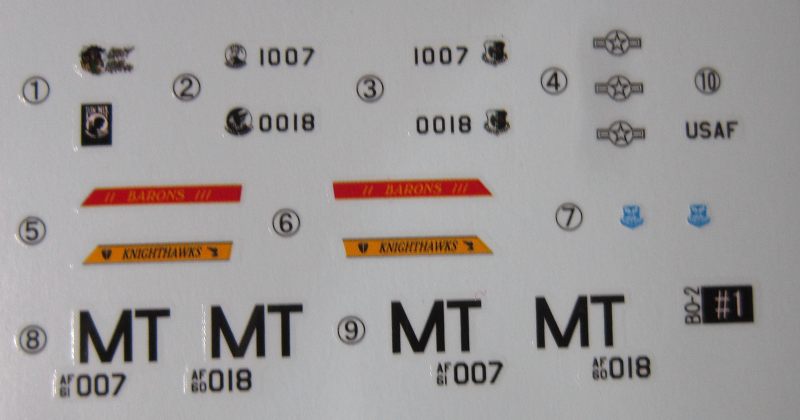 Also included in the kit is a 2 piece stand molded in black. 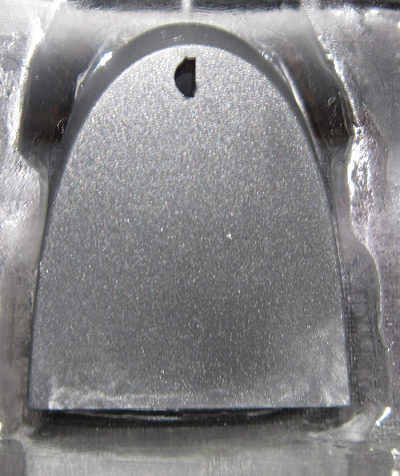 ​Other than all the weapons pylons I don't see any weapons in the kit.

Also there are no clear parts included. Instead, the cockpit windows are molded medium-grey with the fuselage.

My only gripe is the missing weapons. I hope to get some instructions in the future for this kit too.

I want to thank the folks at Platz who sent me this review sample and F-Toys too.

All of Platz's products can be seen on their site at: