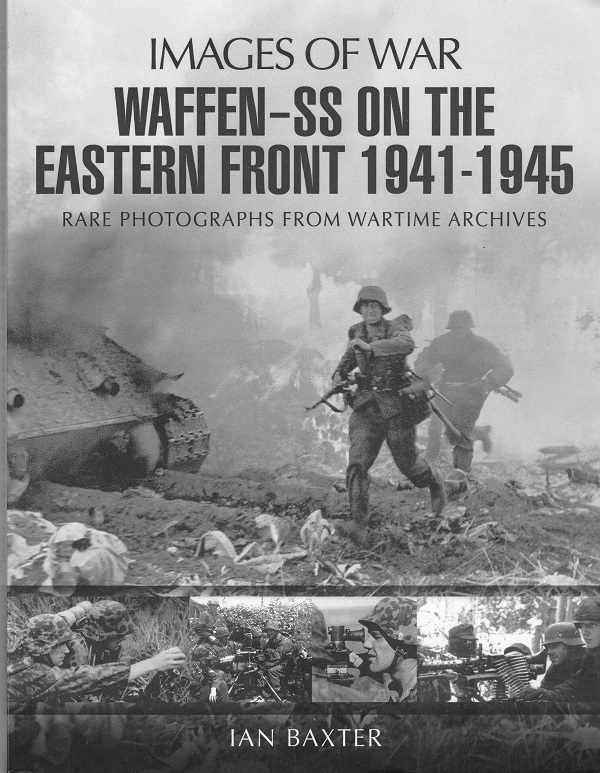 Review of Images of War

This new book was sent to me by Casemate in a padded envelope with another book.

This latest book in the ever-popular Images of War series covers the actions of the Waffen-SS on the Eastern Front. It is soft-cover of 189 pages. There is extensive text and no less than 277 black and white photos included. Just about every page is photos. NEAT!!

Many of these photos have been previously unpublished and are rare. They have in-depth captions It is an absorbing analysis of the pivotal part they played in this campaign. It reveals how this ruthless elite fought throughout Operation Barbarossa. For example, its contribution to the victories at Kharkov and Demyansk.

The book covers their role at Kursk and how, during the long withdrawal against overwhelming odds, they were rushed to plug gaps in the front Often these troops faced an enemy ten-times their strength and, for this and more sinister reasons, they were feared and respected by their enemy. By early May 1945, the Waffen-SS was all but destroyed, having battled across half of Russia and protected the withdrawals of the rest of the German Army to the gates of Berlin.

Ian Baxter is a much published author and photograph collector with a strong following. His books in the Images of War series include, most recently, “Hitler’s Headquarters” and “Himmler’s Concentration Camp Guards”, and the companion volume “Waffen-SS on the Western Front 1940-1945”. He lives near Chelmsford, Essex UK.

This virtual picture album has loads of shots of German weapons, vehicles and uniforms. Many diorama ideas can be inspired from the photos.

The chapters in the book are:

Last Years of the War

Appendix I, Waffen-SS Weapons and Equipment

I highly recommend this book to WWII historians and modelers alike.

I sincerely want to thank Casemate for this review sample.