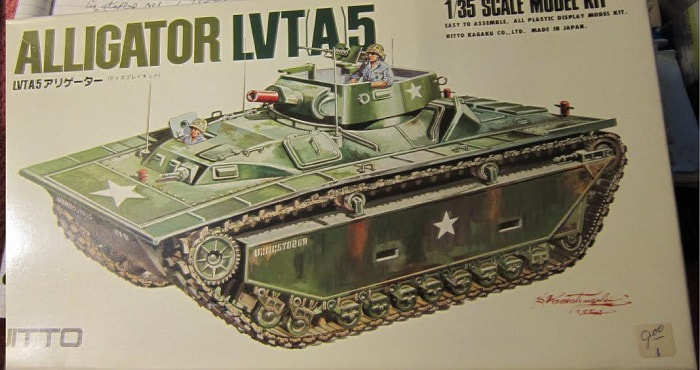 I paid $7.08 for my kit years ago when it was reduced in price from $9.00 at some store I bought it at. Price tags were still on the box.
​HISTORY:

Originally intended solely as cargo carriers for ship to shore operations, they evolved into assault troop and fire support vehicles. The types were known as amphtrack, "Amtrak", "amtrac", etc. (portmanteaus of "amphibious tractor"), and "alligator" or "gator".

The LVT had its origins in a civilian rescue vehicle called the Alligator. Developed by Donald Roebling in 1935, the Alligator was intended to operate in swampy areas, inaccessible to both traditional cars and boats. Two years later, Roebling built a redesigned vehicle with improved water speed.

The United States Marine Corps, which had been developing amphibious warfare doctrine based on the ideas of Lt. Col Earl Hancock "Pete" Ellis and others, became interested in the machine after learning about it through an article in Life magazine and convinced Roebling to design a more seaworthy model for military use.

Both the US Navy and Roebling resisted the idea of a military design, the US Navy because it felt conventional landing craft could do the job, and Roebling because he wished his invention to be used only for peaceful purposes. Roebling was persuaded after war broke out in Europe, and completed a militarized prototype by May 1940.

Another 200 units were ordered even before the first production units were delivered. After more improvements to meet requirements of the Navy, made difficult by Roebling's lack of blueprints for the initial designs, the vehicle was adopted as "Landing Vehicle Tracked" or LVT.

Nitto Kagaku is a model company based in Japan.

The box art shows a LVT(A)5 posed against an all white background. Similar to how Tamiya does the majority of their box arts too.

The tank is overall olive-drab with a large white star on top of the bow, a medium-sized star on the hull sides and a small one on the turret sides. It has the white serial no,. USMC 570269 on the forward end of the sides and on the left side of the nose with a white 018 on the right.

Both wear light blue-gray shirts and steel helmets with cloth cammo covers.
Trees are not alphabetized, but are illustrated in the instructions and have part number tabs next to the parts on them.

The instructions consist of a single sheet that accordion-folds out into 6 pages in 8 1/2" x 5" page format.

The instructions are all in Japanese.

Page 1 is a lot of Japanese text.

Page 2 to the top of page 5 give 8 assembly steps.

The bottom of page 5 has a 3-view just showing the stars, but the serial numbers are strangely blacked out.

Page 6 is the parts trees illustrations.

A second 8 1/2" x 11" sheet, printed on one side only has assembly instructions text in English.
​WHAT'S IN THE BOX: 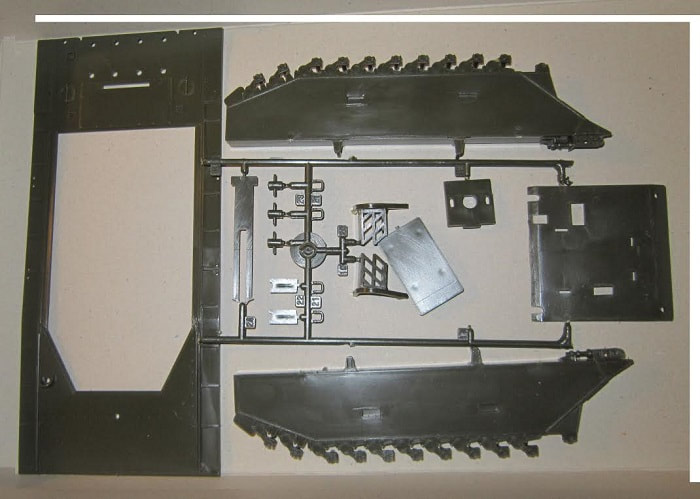 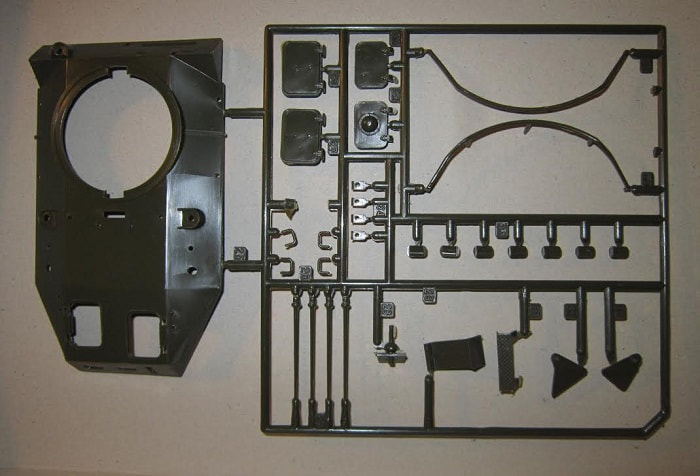 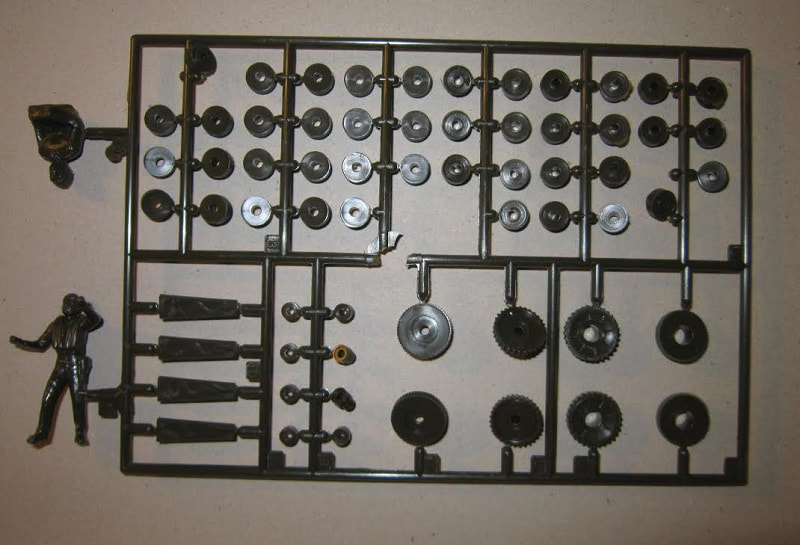 The machine guns are poorly molded and have sink marks in the side of them. 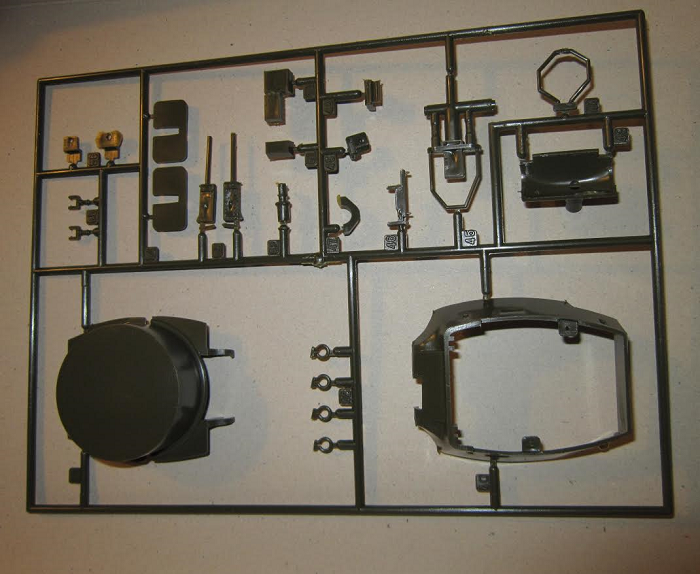 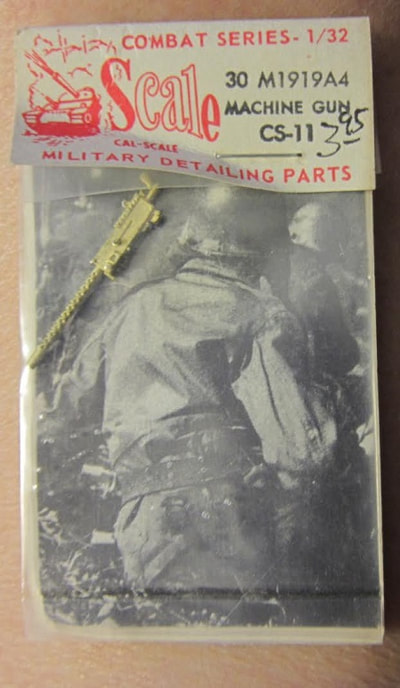 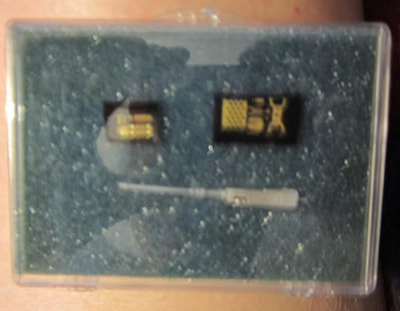 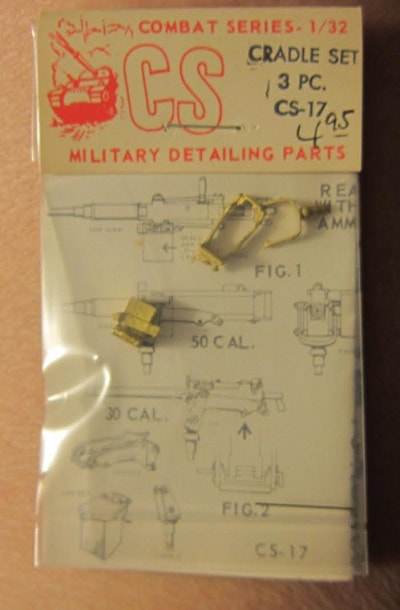 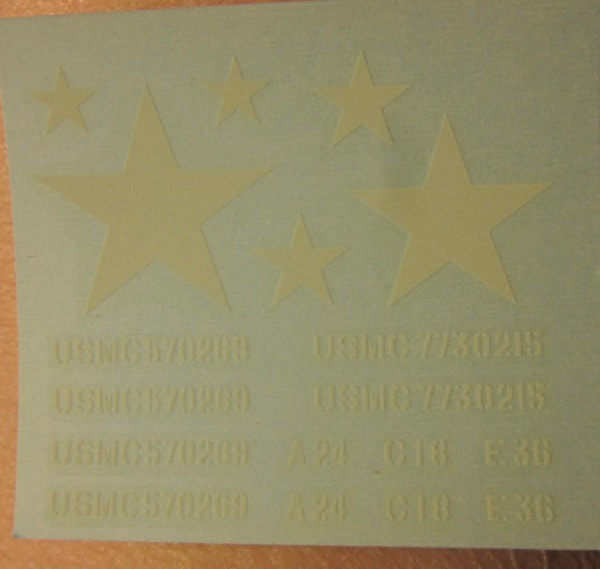 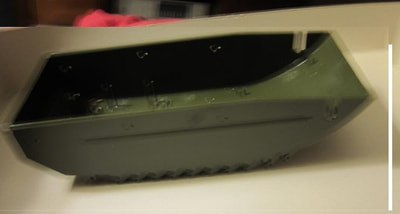 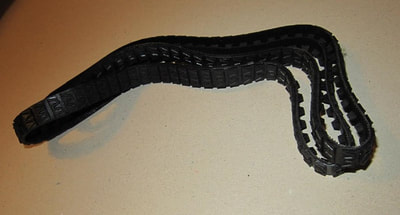