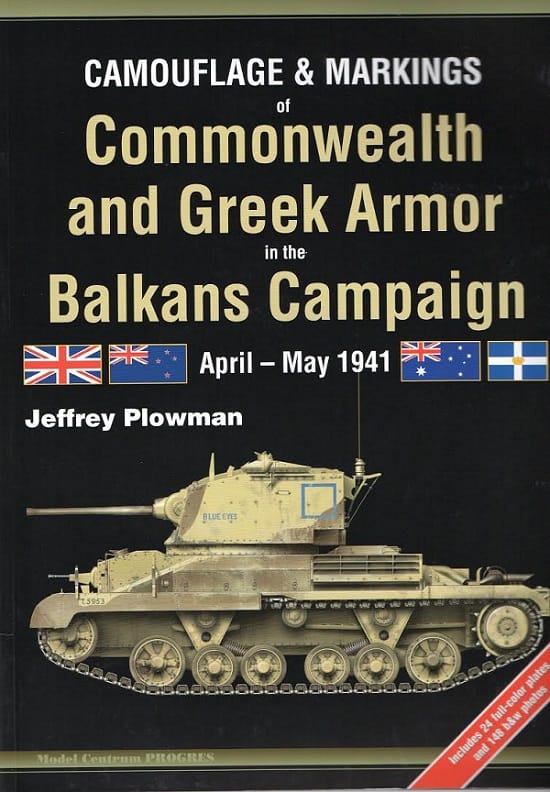 MSRP: $44.95
Published to coincide witht he 75th Anniversary of the battle of Greece, this is an authoritive guide to the armor deployed by Commonwealth and Greek troops in continental Greece and Crete.

Most of these photos would never see the daylight without online markets. It includes: A10 and A13 Cruiser tanks, Matilda Infantry tanks, Vickers Light Mark IIIB and Light Mark VI tanks, Bren, Scout and Universal Carriers, and Marmon-Herrington Mark II armored cars.

The book is soft cover and  contains 72 pages  in 8" x 11" page format, 150 black and white photos and 24 full color plates of artwork by Arkadiusz Wrobel. These are 4 side profiles, two 2-view's and four 3-views, plus illustrations of unit marks.