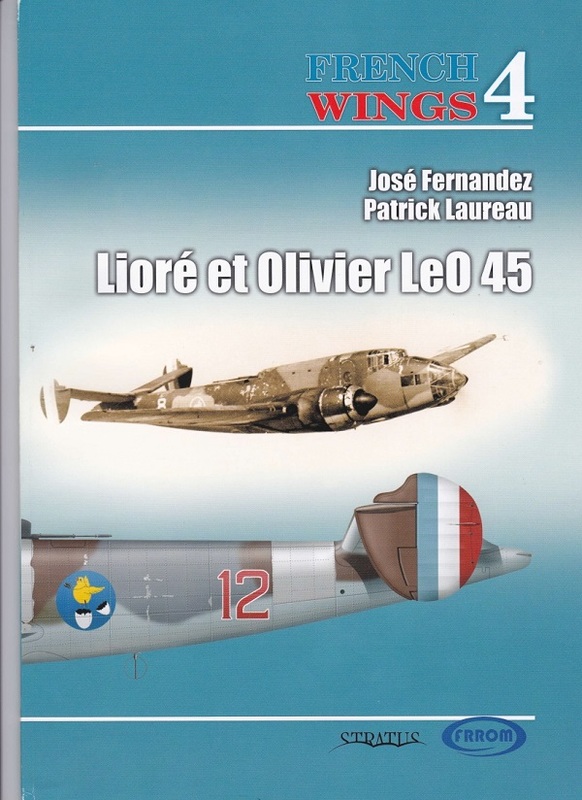 Lioré-et-Olivier LeO 45 was a French medium bomber used during World War II. It was a low-wing monoplane, all-metal in construction, equipped with a retractable undercarriage and powered by two 1,060 hp Gnome-Rhône 14N engines. The prototype had two 1,100 hp Hispano-Suiza engines.[1] It was a very effective bomber but it appeared too late to give any substantial contribution to the war effort. Although designed before World War II, it remained in service until September 1957.
SPECIFICATIONS:
Lioré et Olivier LeO 451

MMP is a book publisher based in the UK. They have all their books printed by their associate Stratus in Sandomierz, Poland in English. Stratus also prints their own line of books in both English and Polish.

This book has the logo FROOM on the cover. Inside it says that FROOM is a publisher based in France. This is the first time I’ve seen this logo on a MMP – Stratus book. FROOM must have cooperated to the development of this book.

It contains 105 black and white wartime photos of the Leore 45, including a few walk around shots and several of the cockpit interior.

There are 17 illustrations out of a tech manual included.

There are 11  color profiles, most of them Free French and 2 are Vichy.

There is 5  color profiles, one 3-view and two 4-views. They are all Free French

There are 2 color profiles and three 4-views in Vichy markings.

There is one 4-view that  is in U.S. markings. It was captured from the Germans who previously captured it from the French.

There is one 4-view of the aircraft in all German markings.

In many cases these color illustrations are on the same page as a picture of the actual aircraft being illustrated. Neat!!

This book came to me from Casemate in a heavily padded envelope. Casemate is the N. American distributor of MMP-Stratus books.

I want to thank Dr. Roger Wallsgrove, Editor-in-Chief of MMP books and the folks at Casemate for this review copy.

A full listing of all MMP books can be seen on Casemates web site.

This book will be of great interest to aircraft modelers and aviation historians alike. Highly recommended.