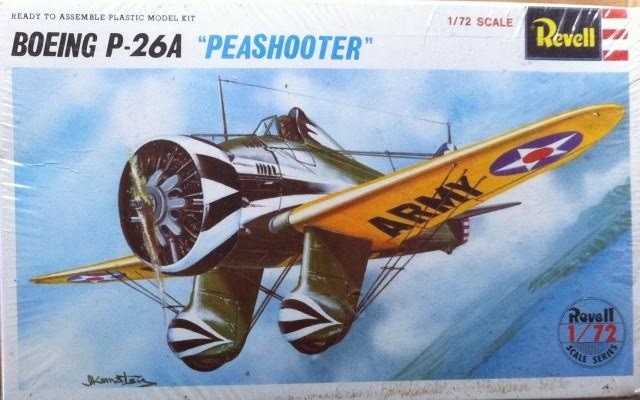 MSRP: 4.OO Euro on up from Europe, depending on where you shop.

Boeing's pint-sized P-26 was the fastest and most advanced fighter in the world when it first appeared in the early thirties. Its performance was so outstanding that the U.S. Army Air Corps formed their top pursuit squadrons around the little fighter.

Prior to the production of the P-26, American fighter squadrons were comprised of the traditional biplanes, whose design originated back in World War I. Boeing undertook the development of the radically advanced fighter on the basis of experiments that indicated the superiority of the monoplane over the contemporary biplanes.

The P-26 could easily outrun its two-winged sister, exceeding the fastest biplanes by some 80 mph. It soon became the pride of the Air Corps, whose pilots fondly referred to the tiny plane as the "Peashooter". In service, the P-26 continued to prove its worth by establishing several speed and altitude records. The pattern for future fighter planes was clearly defined by the new monoplane, and the era of the biplane was past.

In 1934, Boeing began shipping Peashooters to China, where they were used against the Japanese early in WWII. On December 10, 1941, three Philippine Army Air Corps P-26's surprised a superior force of Japanese bombers and completely disrupted the enemy attack. One of their nine bombers was destroyed while the P-26's were undamaged. Other P-26's were in service in Hawaii and the Panama Canal Zone when the war began.

In 1942, Guatemala formed her first operational squadron with seven P-26's obtained from the Canal Zone. These remained in first-time service until 1946, then continued as trainers until the mid 1950's. Two of these aircraft are now preserved in museums.

Revell's Peashooter model bears the markings of the 34th Pursuit Squadron as carried by the P-26A on display at the United States Air Force Museum, Wright-Patterson Air Force Base, Ohio.

Revell is an old prolific model company that has offices in the U.S. and Germany. They are partnered with Monogram now. They manufacture all manner of model subjects in the popular scales.

This kit came in a shrink-wrapped end opening type box. I am no fan of this type of box, because parts or the decal sheet will always find their way past one of the end flaps to become lost forever. Give me a tray and lid type box any day of the week. Proving what I just said, the clear windshield part in this kit is missing. I contacted Revell's customer service dept. to get another. I have faith that I will get a windshield because past experience with Revell's customer service was great.

The box art shows a P-26A flying above the clouds. It has an olive drab fuselage and wheel pants, yellow wings and elevators and a white rudder with black scallops on the leading edge and red and white horizontal stripes on the rudder flap. Black and white scallops are on the wheel pants fronts and on the cowling, where it trails down the fuselage. There is a logo of a white circle with a black bird on it on the fuselage sides just aft of the headrest. Black lettering U.S. ARMY is below the wings. National insignia is the pre-war type of a blue circle with a white star with a red center.
​WHAT'S IN THE BOX:

Instructions consist of a single sheet printed on both sides in 5 1/2" x 8" page format, folded in half to fit the box.

The face side of the sheet gives the copyright date of 1971 and locates Revell in Venice, CA.
Below this is the history of the P-26 and a 3-view of the box art scheme. (already described above). Colors are called out in FS numbers (Federal Standard).

The other side of the sheet has 3 assembly step drawings, with text to walk modelers through the builds.

Trees are not alphabetized, but they do have number tabs next to the parts for the smaller parts.
The first canary yellow tree holds: fuselage halves, elevators, radio aerial and propeller boss (6 parts) 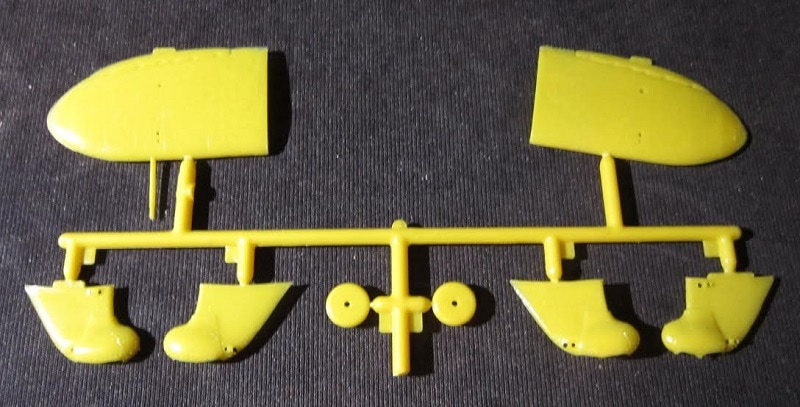 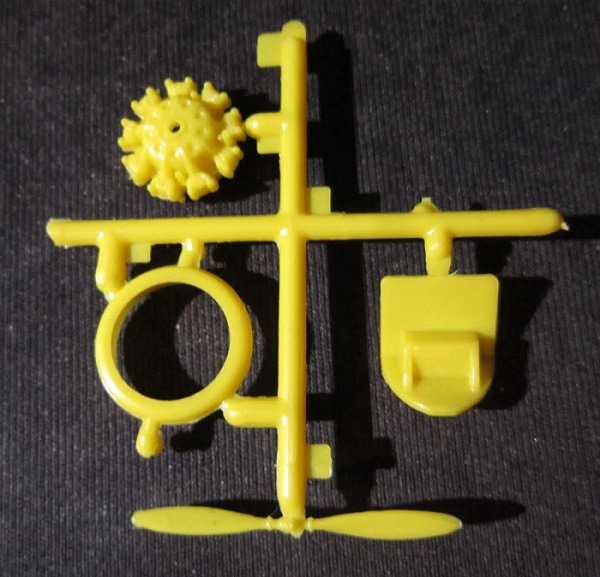 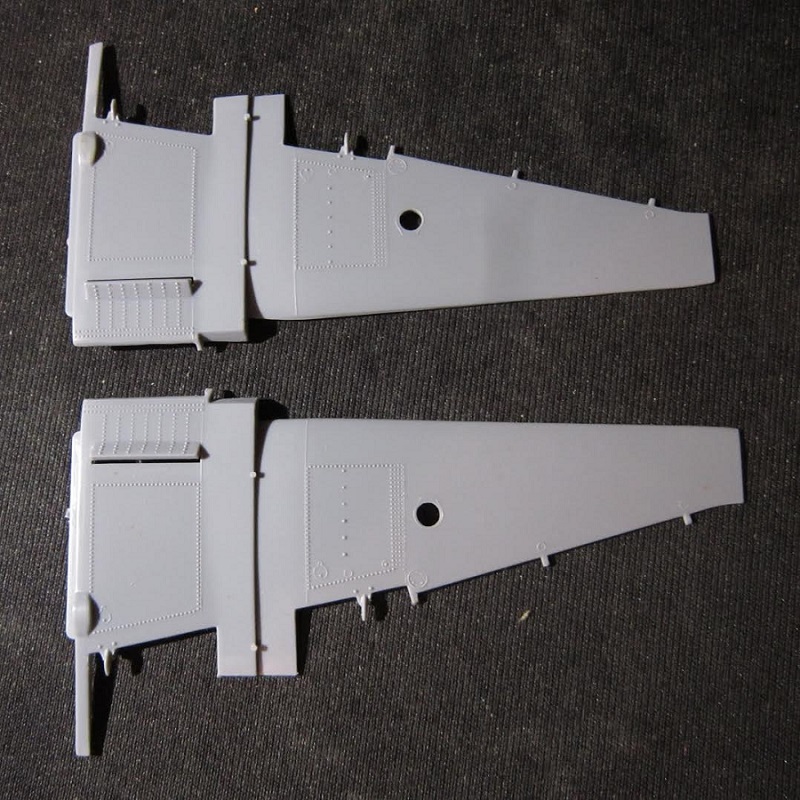 The kit decals are for one U.S. Army version described above. 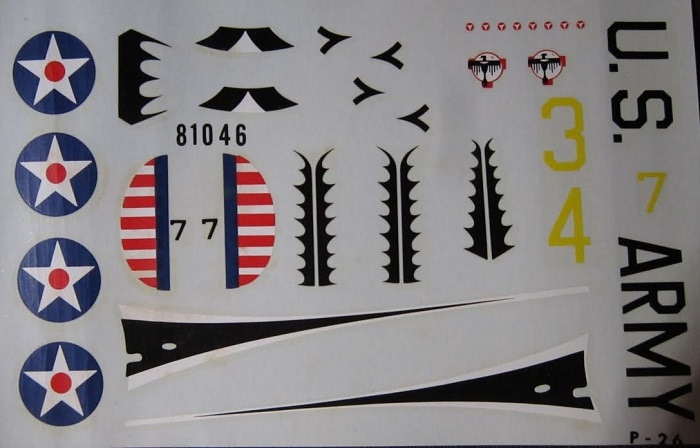 There was a clear windshield part originally in this kit, but as I said it probably found its way past a end flap of the box and is lost now....sigh.

This is a neat early fighter aircraft. I don't look forward to doing the support wires of the wings and landing gear.

​I picked up this kit years ago for a buck or two. I am willing to sell it for a reasonable offer.