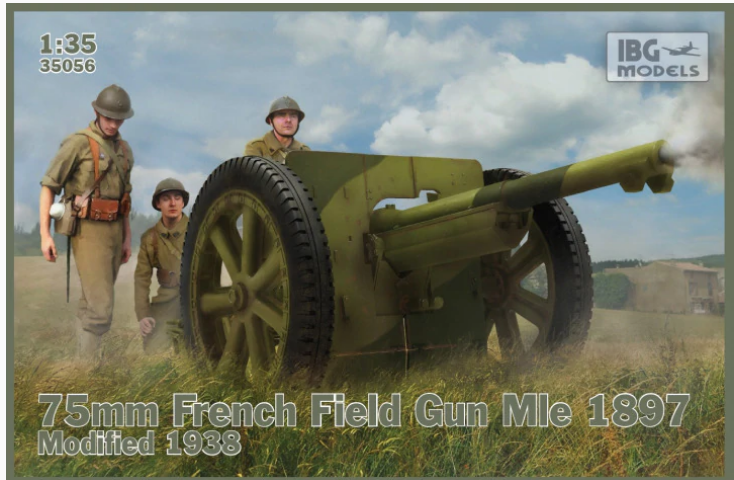 The French 75 mm field gun was a quick-firing field artillery piece adopted in March 1898. Its official French designation was: Matériel de 75mm Mle 1897.
It was commonly known as the French 75, simply the 75 and Soixante-Quinze (French for "seventy-five"). The French 75 was designed as an anti-personnel weapon system for delivering large volumes of time-fused shrapnel shells on enemy troops advancing in the open.

After 1915 and the onset of trench warfare, other types of battlefield missions demanding impact-detonated high-explosive shells prevailed. By 1918 the 75s became the main agents of delivery for toxic gas shells.

The 75's also became widely used as truck mounted anti-aircraft artillery. They were also the main armament of the Saint-Chamond tank in 1918.

The French 75 is widely regarded as the first modern artillery piece. It was the first field gun to include a hydro-pneumatic recoil mechanism, which kept the gun's trail and wheels perfectly still during the firing sequence.

Since it did not need to be re-aimed after each shot, the crew could reload and fire as soon as the barrel returned to its resting position.

In typical use, the French 75 could deliver fifteen rounds per minute on its target, either shrapnel or melinite high-explosive, up to about 8,500 m (5.3 mi) away.

Its firing rate could even reach close to 30 rounds per minute, albeit only for a very short time and with a highly experienced crew.

By the end of the war about 12,000 had been produced. It was also in service with the American Expeditionary Forces (AEF), which had been supplied with about 2,000 French 75 field guns.

Several thousand were still in use in the French Army at the opening of World War II, updated with new wheels and tires to allow towing by trucks rather than by horses.

The French 75 set the pattern for almost all early-20th century field pieces, with guns of mostly 75 mm forming the basis of many field artillery units into the early stages of World War II.

It is not to be confused with the Schneider-manufactured modele 1907 and "modele 1912" made for the French cavalry and the export market, and its 1914 modification or the Saint-Chamond-Mondragón 75mm gun.

Although the Schneider used the original French 75's ammunition, these privately manufactured Schneider guns were lighter, smaller, and mechanically different.

IBG is a model company based in Warsaw, Poland.

This kit comes in a sturdy tray and lid type box that is not shrink-wrapped.
It is blousey and is 3 1/2" too long and 2 1/2" too wide, creating a letter L void around the parts trees.

The box art shows the gun set up on a grassy field with a crew of 3 men beside it (men not included in this kit, unfortunately).

The gun is overall olive-green.

One side panel says the kit is not suitable for children under 14 years, because of small parts. Adhesive and paint are not included. Instructions for assembly are inside the box.

​The other side panel has views of both sides and the front of the 75mm gun and IBG's street address in Warsaw, Poland, their telephone and FAX numbers, e-mail and web addresses. Kit was made in Poland.

Strangely, one end of the box gives the kit no. 72056. This is the number of IBG's 1/72nd scale kit of the Type 2 HO-I Japanese Support Tank. Why it's printed on there I do not know.

There is a brass PE fret in a sealed clear cello bag and the instructions.

The instructions consists of a staple-bound booklet of 8 pages, printed in color on slick-coated paper.

Page 1 begins with a small color repeat of the kit's box art.

The kit is the 3rd design by Przemyslaw Glogowski and research was done by the IBG crew.

Below this is international assembly symbol explanations and a color illustration of the brass PE fret in the kit.

At the bottom of the page is a color listing for 2 colors by either Vallejo Model Air, Hataka, Life Color, Mr. Hobby or AK Interactive brands of hobby paints and general instructions in Polish and English.

Page 8 is the colorization guide. Showing a 4-view of the gun in overall-olive-drab. 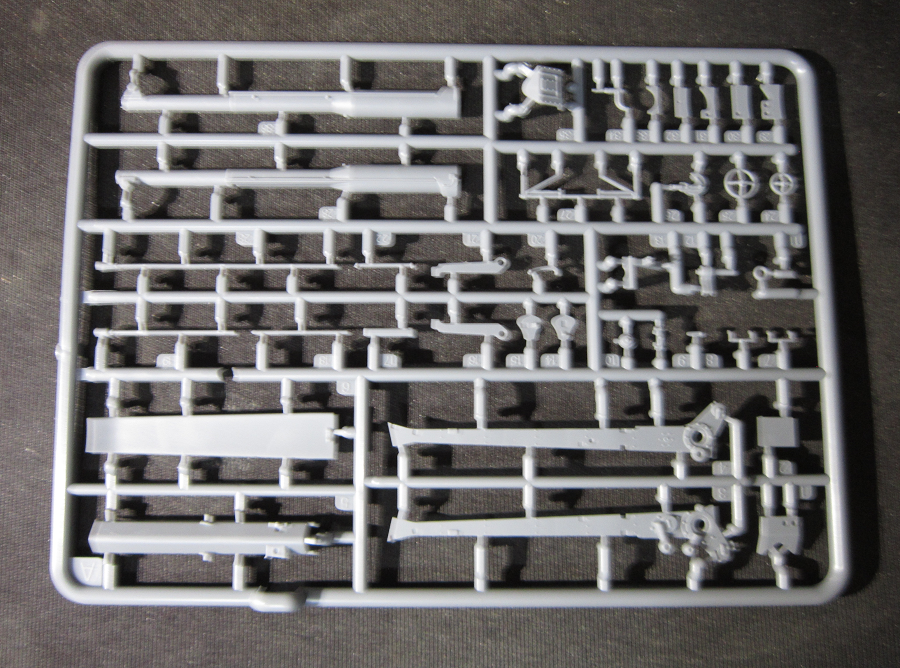 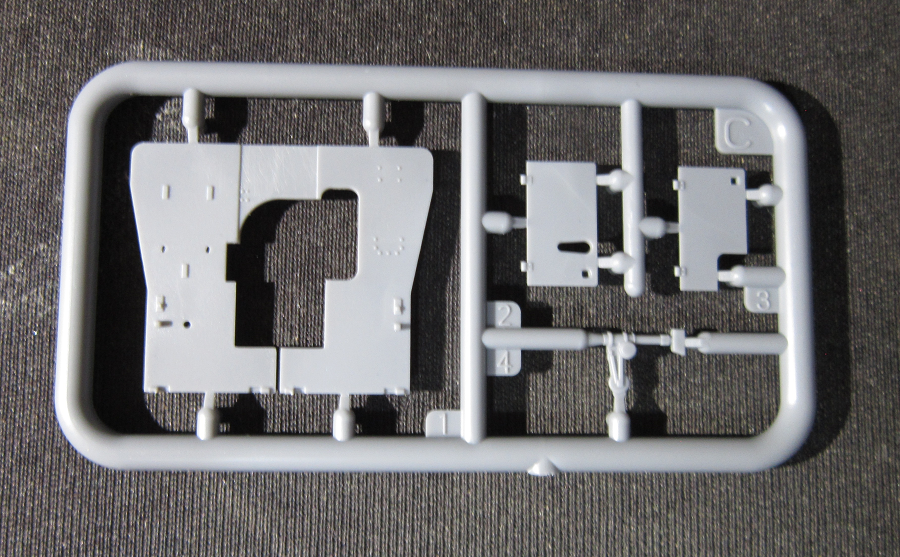 ​There are no letter D or E trees.

There are 2 identical letter F trees. They each hold wheels and tires (2 parts each) 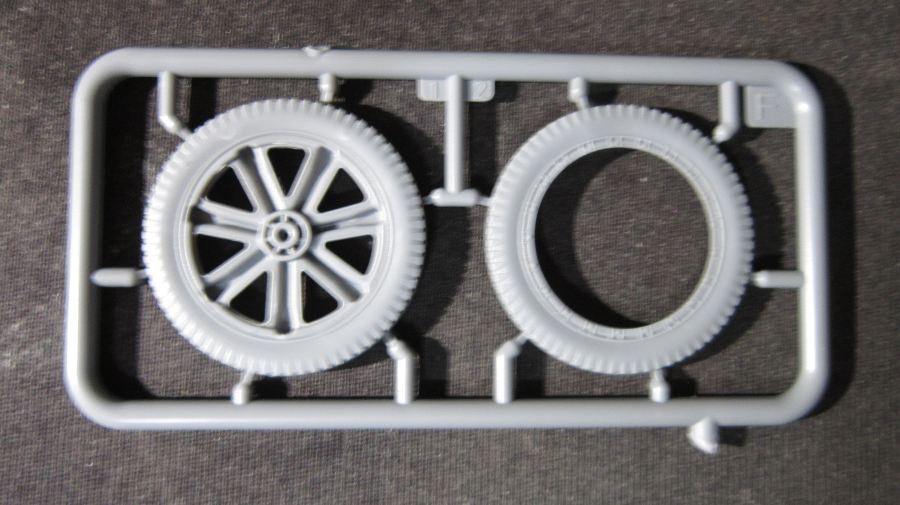 The brass PE fret completes the kit's contents. It holds 12 pieces of framework. 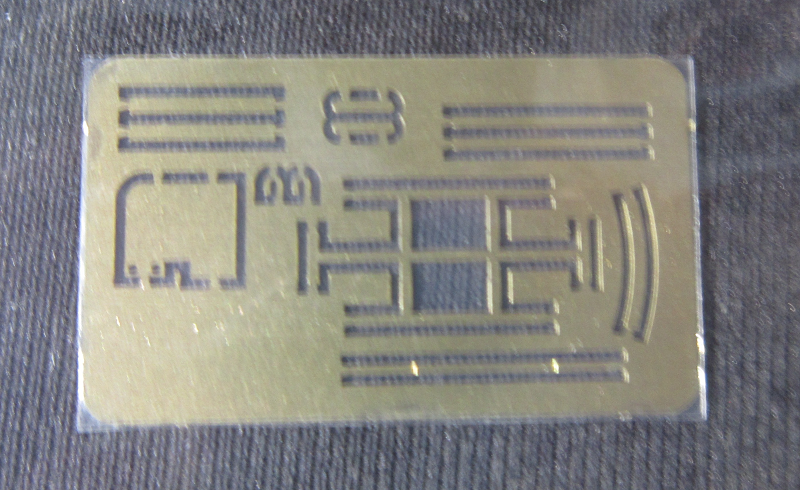 ​The detail is great. However, it would have been nice to have had the kit include the French gun crew.

I want to thank the folks at IBG in Poland for this review sample.