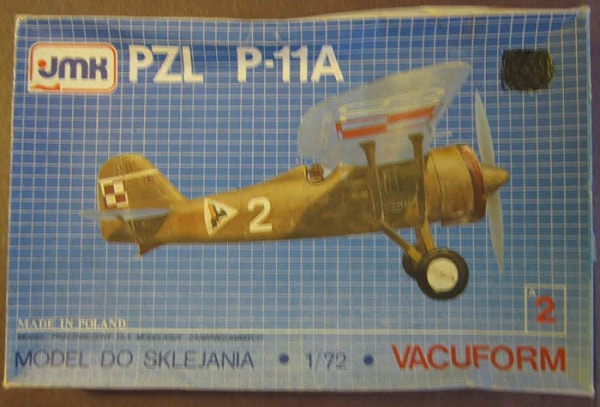 Kit no. A2
By Ray Mehlberger

The PZL P.11 was a Polish fighter aircraft, designed in the early 1930s by PZL in Warsaw. It was briefly the most advanced fighter aircraft of its kind in the world. The PZL P.11 served as Poland's primary fighter defence in the Polish campaign of 1939, but with the rapid advances in aircraft design in the late 1930s (seen in such fighters as the Messerschmitt Bf 109), it proved outclassed by its rivals at the onset of the war.

The history of the PZL P.11 started in 1929, when Zygmunt Puławski developed an all-metal, metal-covered monoplane fighter. While most of the world's forces were still using biplanes, the new P.1 used a high-mounted gull wing to give the pilot a better field of view. A second prototype, the P.6, was completed the next year. The design generated interest around the world, with the layout becoming known as the "Polish wing" or "Puławski wing". A further improvement, the PZL P.7, was built for the Polish Air Force in a series of 150.

After designing the P.7, Puławski started further variants with larger engines, leading eventually to the P.11. The first P.11/I prototype flew in August 1931, after Puławski's death in an air crash. It was followed by two slightly modified prototypes, the P.11/II and the P.11/III. The first variant ordered by the Polish Air Force was the P.11a, considered an interim model and built in a series of 30.

The final variant for the Polish air force, the P.11c had a new, refined fuselage, with the engine lowered in the nose to give the pilot a better view. The central part of the wings was also modified. Production of the P.11c started in 1934 and 175 were produced. The first series of approximately 50 P.11c aircraft were fitted with Mercury V S2 of 600 hp (447 kW), the rest with Mercury VI S2 of 630 hp (470 kW).

Apart from Poland, Romania showed interest in the new design. Even before the P.11a entered service with the Polish air force, 50 aircraft designated P.11b were ordered for the Romanian Air Force, while an agreement for licence production was agreed.

Deliveries of Polish-built P.11bs to Romania commenced in October 1933. They were fitted with Gnome-Rhone 9Krsd Mistral 595 hp (444 kW) engines, otherwise they were similar to the P.11a.[2] After the P.11c had been developed, the Romanians decided to switch the licence production to the new model. As a result, from 1936 IAR built 70 aircraft as the IAR P.11f, powered by the Romanian-built IAR-K-9 engine, which was a heavily modified version of the Gnome-Rhone 9K giving 640 hp (480 kW).

The Romanians then produced another Polish fighter, the PZL P.24, developed from the P.11 exclusively for export. Greece, Portugal, Yugoslavia, Turkey and Republican Spain were interested in buying the P.11, but finally Bulgaria, Greece and Turkey bought the P.24 instead.
When the P.11 entered service in 1934, as a contemporary of the British Gloster Gauntlet and German Heinkel He 51 it was arguably the most advanced fighter in the world.[4] However, due to the quick progress in aircraft technology, the P.11 was obsolete by 1939, overtaken by cantilever designs with retractable landing gear such as the British Supermarine Spitfire and German Messerschmitt Bf 109.

Together with the older P.7, both remained the only Polish fighters in service, however, with about 185 P.11s available, distributed within six air regiments and the aviation school in Deblin. Although aware that the P.11 was outdated, the Polish Air Force had pinned their hopes on the new PZL.50 Jastrząb, which suffered extended delays.

When it became apparent that the PZL.50 would not be in widespread service in time for a war that was clearly looming, consideration was given to producing an updated P.11 version with the 840 hp (626 kW) Mercury VIII and an enclosed cockpit, known as the P.11g Kobuz (hobby). Only the prototype of the P.11g with a maximum speed increase to a still-slow 390 km/h (~240 mph) was flown before the war, in August 1939.

In light of the unavailability of PZL.50, the only hope of replacing the obsolete P.11 lay in acquiring modern fighters from abroad. In 1939, after receiving the necessary credits, Poland ordered from France 120 Morane-Saulnier M.S.406s, and from Britain, 14 Hurricane Is (the P.11's chosen replacement), plus one Spitfire I for testing, in addition to 100 Fairey Battle light bombers.[6] None of these aircraft were delivered to Poland before September 1939

JMK was a model company that produced vacuformed aircraft kits and was based in Poland. I believe they went out of business as I don't find them anywhere on the net.

The copyright on my kit was the early 80's.

The kit came in a tray and lid box that was not shrink-wrapped, but held shut with tape.

I got my kit in trade with a modeler in Krakow, Poland years ago.

The box art shows a PZL P-11a made up and posed against a blue checked background.
It is overall dark-green with light-blue under the wings and white wheel hubs. It has a white triangle with a red owl on it followed by a white number 2 on the fuselage sides. It has a Polish Air Force checkerboard on the rudder sides, below a white horizontal stripe.

​
The other side panel has a lot of Polish text and MADE IN POLAND. It is also a sticker used to hold the lid onto the box bottom instead of shrink wrap.

The kit contains a sheet of white vacuformed parts, a tree of injection molded white parts, a clear vacuformed sheet, the decals and the instructions.

The face side of it begins with international assembly symbol translations, instructions on how to cut out the parts from the vacuformed sheet and fill the inside of the fuselage with putty to give it stiffness.

Below this is two 4-views.

The first one is the box art scheme (already described above).

The second one is in Hungarian Air Force markings. It is overall dark-green with a red nose on the cowling. It carries a black fuselage code of G.191. 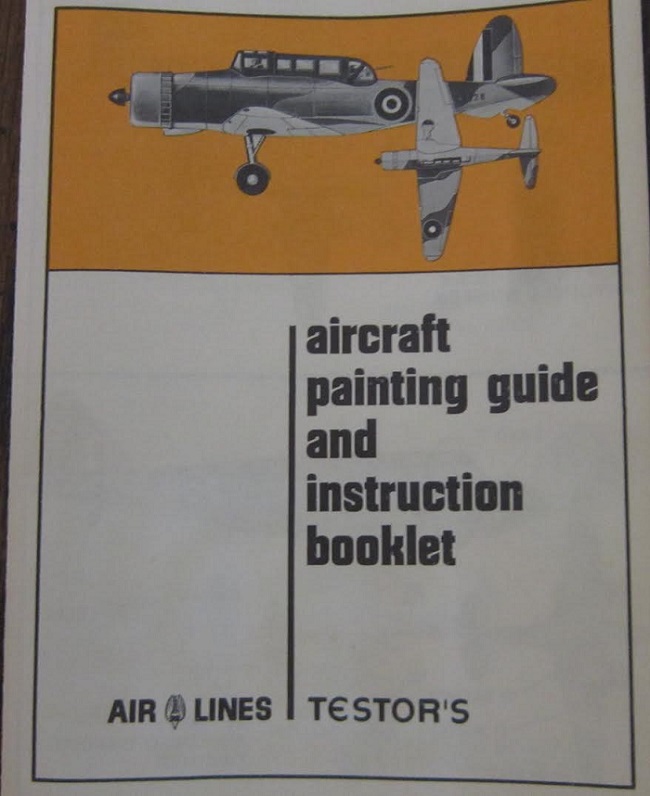 ​Text in the instructions is all in Polish.

The reverse side of the instruction sheet has 7 assembly steps that are alphabetized letters A to G. 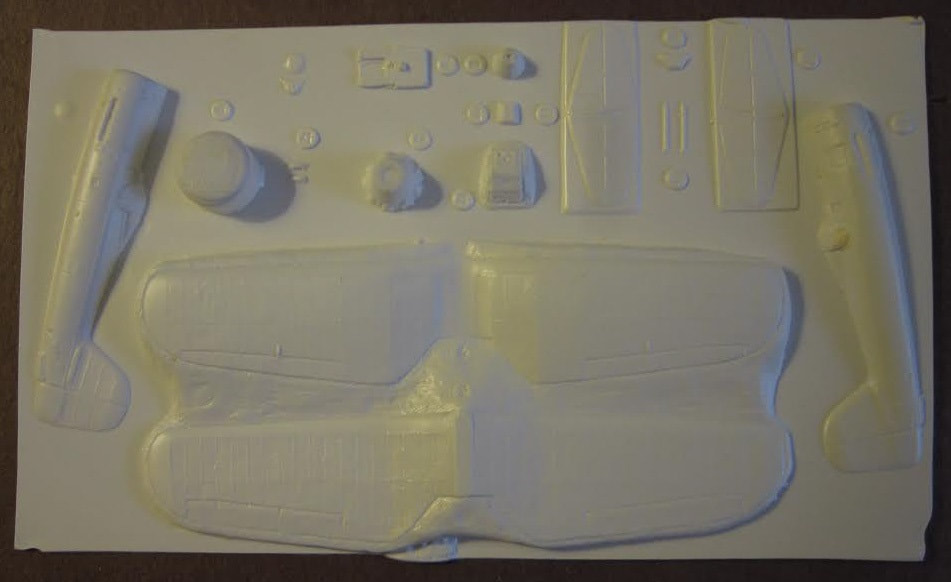 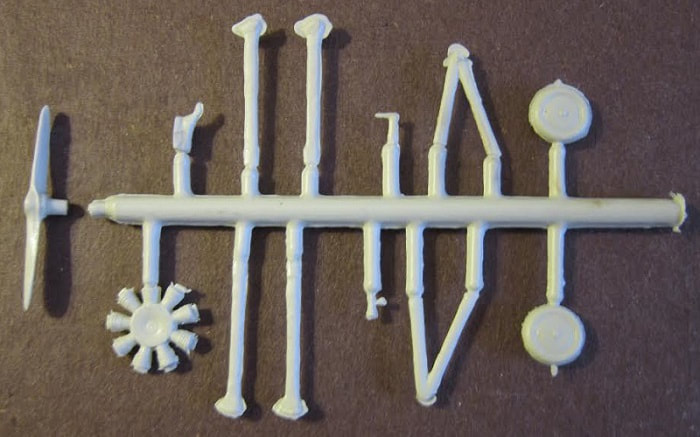 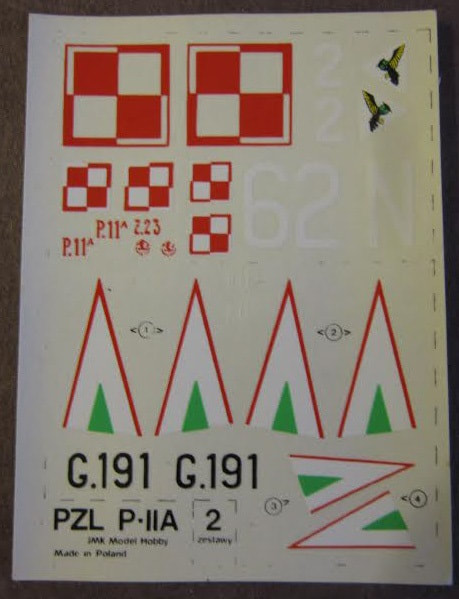 ​This is an OK kit, but I am realy no fan of vacuformed kits. They are just too much work and usually result in a mediocre or bad model.

I got this kit years ago in trade with a fellow in Krakow, Poland.

I am willing to sell it for a decent offer + postage.