The Grumman F7F Tigercat is a heavy fighter aircraft that served with the United States Navy (USN) and United States Marine Corps (USMC) from late in World War II until 1954. It was the first twin-engined fighter to be deployed by the USN. While the Tigercat was delivered too late to see combat in World War II, it saw action as a night fighter and attack aircraft during the Korean War.

Designed initially for service on Midway-class aircraft carriers, early production F7Fs were land-based variants. The type was too large to operate from older and smaller carriers, and only a late variant (F7F-4N) was certified for carrier service.

Monogram is an old prolific model company based in the US. They make all manner of model subjects in the popular scales. At one time they were associated with Mattel toys and now with Revell.

The kit comes in a shrink-wrapped tray and lid type box. It is too long by a good 2+ inches.
The box art shows two Tigercats flying through some flak.

Both are overall dark navy blue. The Tigercat in the foreground has a white number 462 on the sides of its nacelles and white star with bars on the fuselage sides, upper left wing and below the right wing. The 2nd Tigercat in the distance is banking and showing its top. It is similarly painted and marked.

The box art says the Tigercat was the biggest "Cat" in the Navy and the first twin-engined fighter for use on Navy super carriers.

One side panel has a color photo of the model made up in the box art scheme, followed by a one paragraph history of the Tigercat.

Copyright date is 1967 and 1968 and Monogram is said to be in Morton Grove, Illinois, box printed in the USA.

The other side panel repeats the color photo of the model made up, followed by a list of the features of the kit: Monogram's model of the famous U.S. Navy Tigercat in popular 1/72 scale has all of the realistic and authenticity of the full size aircraft, panel lines, fabric areas, engine cylinders and gun muzzle openings are finely detailed. Included in this twin-engined Navy fighter kit are a display stand, clear canopy, pilot and authentic matte finished full color decal markings.

Monogram is mentioned being in Morton Grove, IL again.
​WHAT'S IN THE BOX:

There is a small kit catalog included. 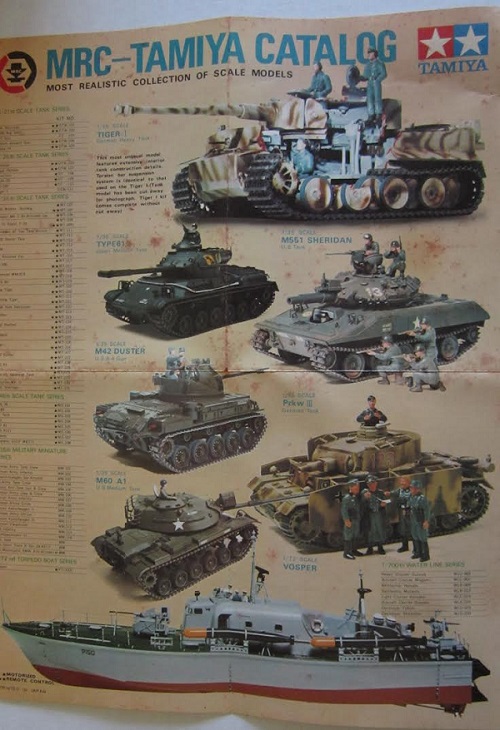 ​Parts are not cello bagged.

Part trees are not alphabetized, but they do have part number tabs next to the small parts on the trees, but not next to the larger parts.

Page 1 begins with a black and white photo of the model made up in the box art scheme, followed by the history of the Tigercat and a copyright date of 1966 and Monograms location in Morton Grove, IL and that they were a subsiderary of Mattel Inc. at the time. MADE IN USA

Across pages 2 and 3 is IMPORTANT READ THIS BEFORE YOU BEGIN instruction and an exploded drawing to use for assembly of the aircraft and the display stand. Below the drawing is text to walk modelers through the build.

Page 4 gives the finishing instructions, for painting and applying the decals, above a 3-view illustration of the box art scheme (already described above). 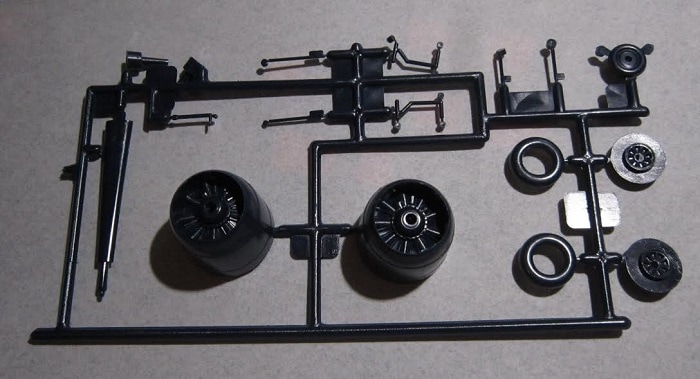 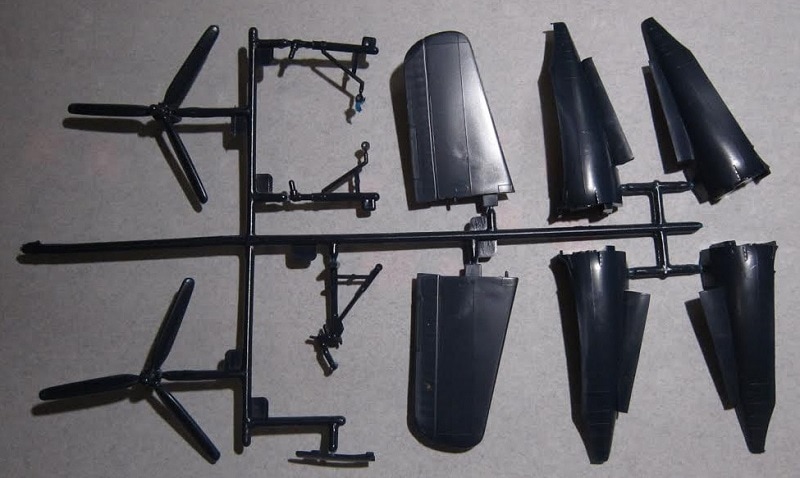 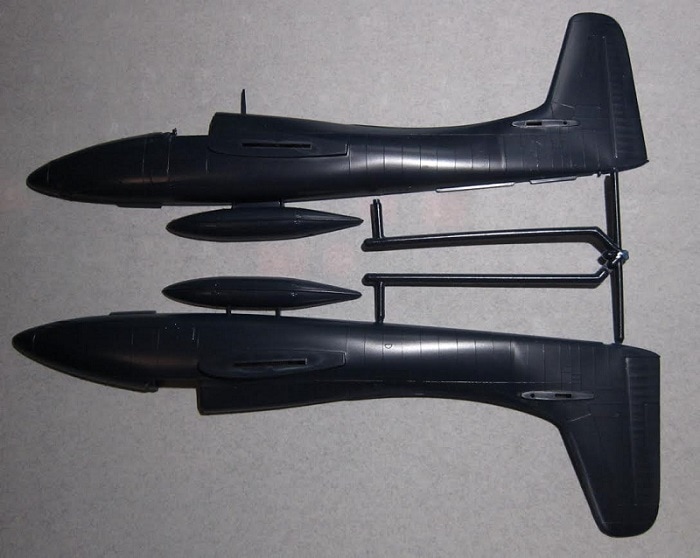 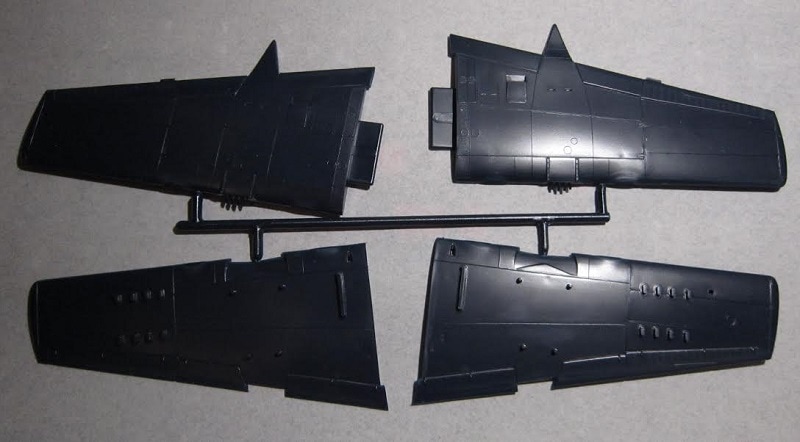 The final dark Navy blue parts are the display base and the pilot figure that has broken off a tree. 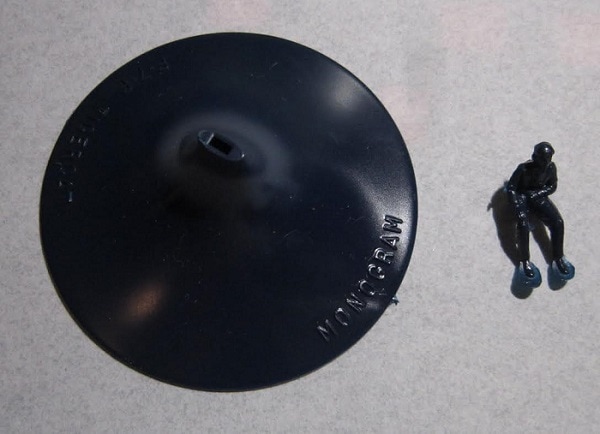 ​The clear tree just holds the one part canopy. It is molded shut. 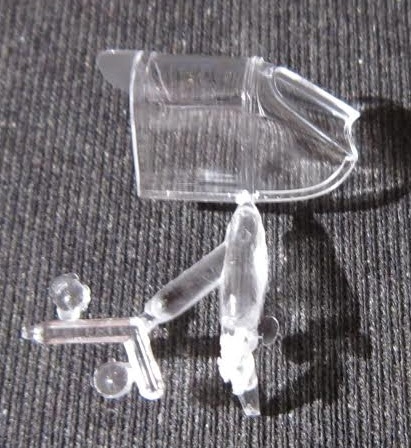 ​The decal sheet completes the kits contents. In addition to the markings for the one scheme, it has the dashboard instruments on it. 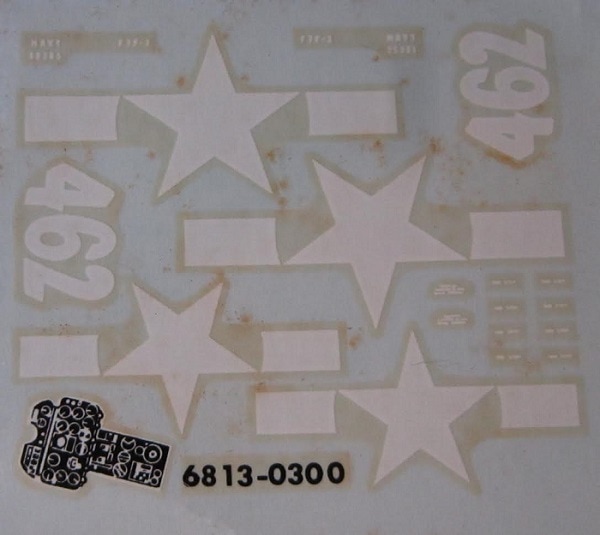 Control surfaces are are molded solid and would take surgery to re-position.

Panel lines are all of the raised variety.

This is a nifty kit of the Tigercat.

I purchased my kit at my local hobby shop very inexpensively years ago.
​I am willing to sell this kit for a decent offer.