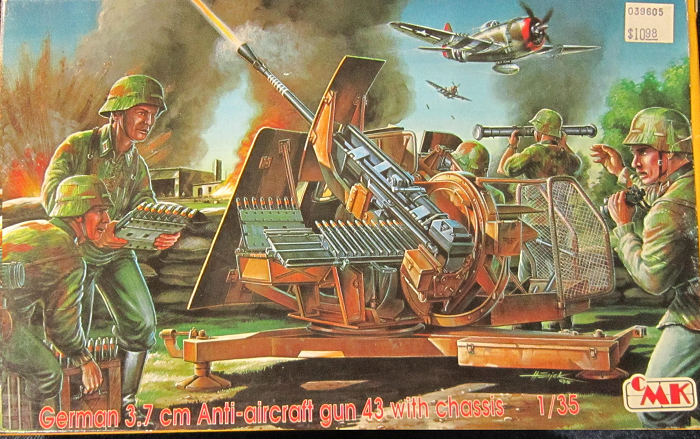 Already in 1938, before the beginning of WWII, the firm Krupp and Rheinmetall had been entrusted with a further development of a 3.7cm anti-aircraft gun. It was required to obtain the possibility of using the original 3.7 ammunition for the gun Flak 18 and Flak 36.

The order for series production had been acquired in 1942 by the firm Rheinmetall-Borsig for their model of the 3.7 cm Flak 43. It was a fully automatic weapon, for its operation (from the control of the bolt up to the stressing of springs and ejecting empty cartridges) the gas pressure of the barrel at shots was used.

The gun carriage of the 3.7 cm Flak 43 was a construction made from stamped sheet. Thus the manufacture had been simplified and the weight compared with the 3.7 Flak 36/37 reduced.

The gun was provided with a protective shield consisting of a fixed central part and two lateral folding parts. The slot around the barrel was protected by a barrel guard mounted on the jacket.

The loading of the gun was carried out by means of cartridge-cases containing 8 cartridges. It was possible to convey the cartridge-cases on the loading table on the gun's left side continuously, this allowing a theoretical rate of fire of 250 rpm, a practical one however about 150 rpm.

Firing was possible by uninterrupted rounds or by single shots. Single shots were executed by a short tread on the release pedal. Empty cartridges were ejected to the right side. To sight aerial targets, the Schwebedomvisier 43 or Flakvisier 37 sights, for ground targets , the 3 x 8 degree flak telescopes were used.

For transportation of the gun the Sd. Ab. 58 two wheel trailer was used. Suitable for the transport were also "Mobelwagen" tank and on the Flakpanzer IV "Ostwind" anti-aircraft tank.

The kit comes in a shrink-wrapped end opening type box. I am no fan of this type of box, because invariably parts of the decal sheet find their way past one of the end flaps to become lost forever. Give me a tray and lid type box any day of the week.

The box art shows the 3.7 cm Anti-aircraft gun manned by a 5 man crew. They are being strafed and bombed by 2 P-47 Thunderbolts.

They have field-gray uniforms with camouflage covers on their steel helmets.

The gun is overall sand-yellow with a black barrel with 7 kill rings around it.

One side panel of the box has a brief history of the gun in Czech, English and German: "Anti-aircraft gun mounted on a gun-carriage which in spread-out state served for the stabilization of the gun on the ground. The gun was transported on a special 2-wheel 58 trailer".

The other side panel has features of the kit in the 3 languages: Kit contains complete plastic model, photo etched parts, decal sheet, instructions in 3 languages, glue and paint are not included and must be purchased separately. May contain small parts and sharp edges. Recommended for modelers 10 and over.

The bottom of the box has 3 color illustrations. Two of the 2-wheel trailer. The gun on the trailer.  Humbrol and Tamiya brands of paint colors are suggested.
​WHAT'S IN THE BOX:

The kit contains 2 light-gray trees and a tiny brass PE fret in a sealed clear cello bag and the instructions.

The instructions consist of a single-sheet, folded in the center to create 4 pages in 6" x 8 1/2" page format.

Page 1 begins with a line-drawing profile of the gun, over its history in the 3 languages.

Page 2 begins with parts trees illustrations, over international assembly symbol explanations and a suggested color listing. The bottom of the page has the first assembly step.

Page 3 through the top of page 4 give a balance of a total of 5 assembly steps.
The bottom of page 4 has a 3-view of the gun and an illustration of an ammo round as painting instructions.

Only color called out for the gun is earth-yellow.

No decals are in the kit, nor crew figures. 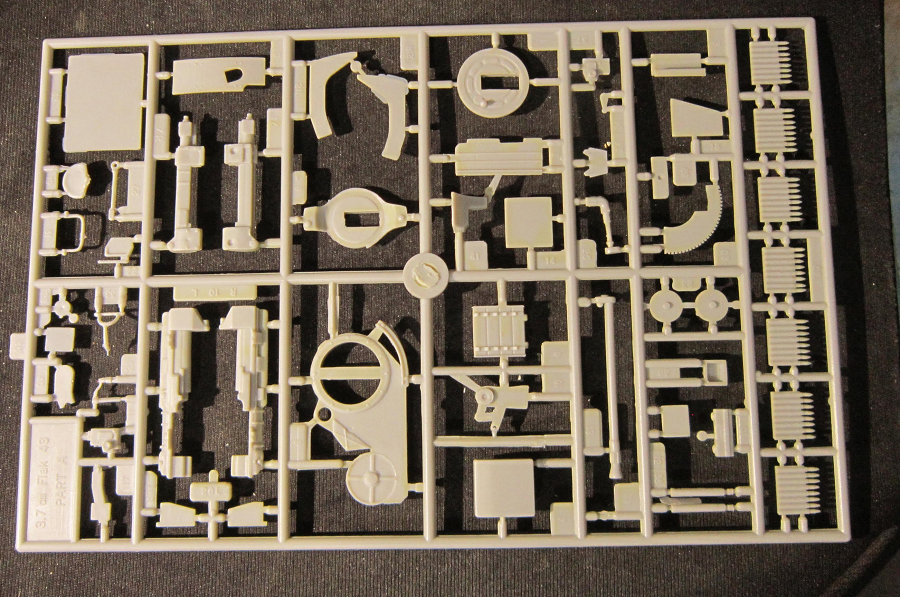 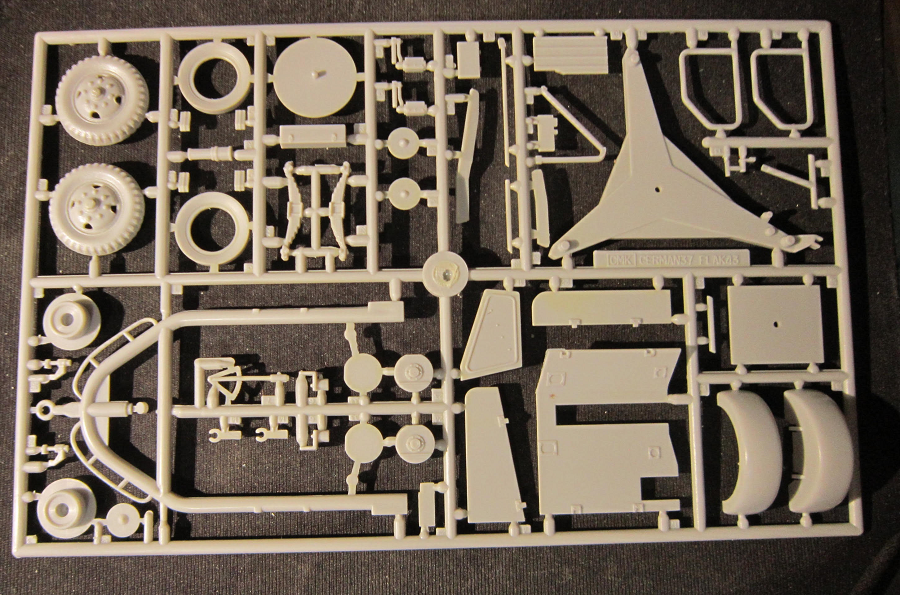 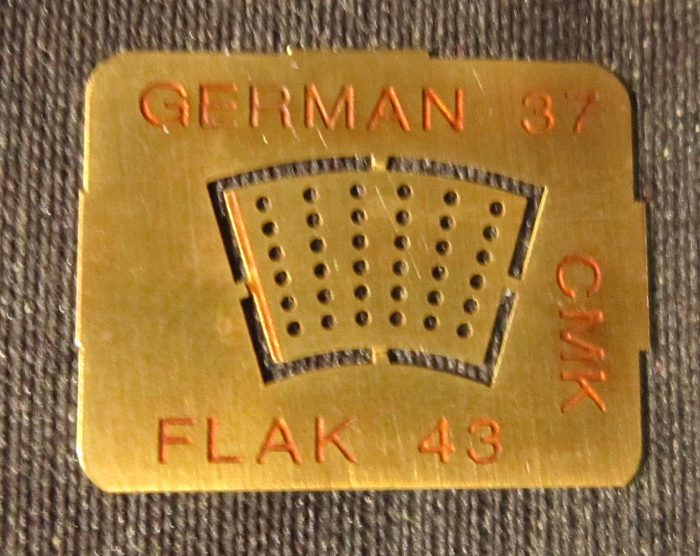 ​My only gripe is no gun crew included and no decals to do the kill rings on the barrel.