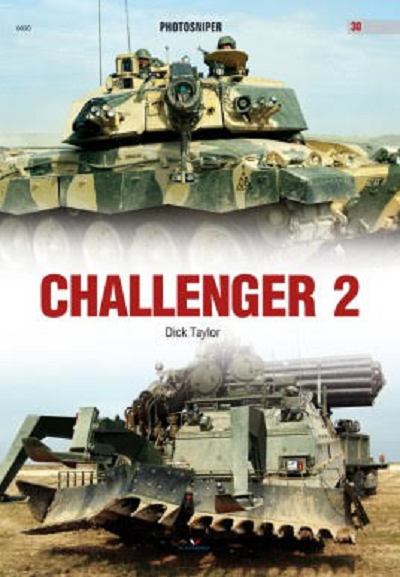 The FV4034 Challenger 2 (MOD designation "CR2") is a third generation British main battle tank (MBT) in service with the armies of the United Kingdom and Oman. It was designed and built by the British company Vickers Defense Systems (now known as BAE Systems Land & Armaments).

Vickers Defense Systems began to develop a successor to Challenger 1 as a private venture in 1986. A £90 million deal for a demonstrator vehicle was finalized in January 1989.

Production began in 1993 and the unit's tanks were delivered in July 1994, replacing the Challenger 1. The tank entered service with the British Army in 1998, with the last delivered in 2002.

A visual recognition feature is the armored housing for the TOGS thermal gunsight; the Challenger 2 has this above the gun barrel, the Challenger 1 has it at the right hand side of the turret. The tank's drive system provides a 550 km range, with a maximum road speed of 59 km/h.

The Challenger 2 is equipped with a 120-millimeter (4.7 in) 55-caliber long L30A1 tank gun, the successor to the L11 gun used on the Chieftain and Challenger 1.

Unique among NATO main battle tank armament, the L30A1 is rifled, because the British Army continues to place a premium on the use of High-explosive squash head (HESH) rounds in addition to armor-piercing fin-stabilized discarding-sabot rounds.

The Challenger 2 has a four-man crew. The turret and hull are protected with second generation Chobham armor (also known as Dorchester).

On one occasion, in August 2006, during the post-invasion stage of the Iraq War, an RPG-29 was fired at a Challenger 2 that was climbing over a ramp. The armor on its front underside hull, which was augmented with an explosive reactive armor package, was damaged, injuring several crew members.

The tank subsequently returned to base under its own power and was quickly repaired and back on duty the following day. As a response to the incident, the explosive reactive armor package was replaced with a Dorchester block and the steel underbelly lined with armor as part of the 'Streetfighter' upgrade.

To date, the only time the tank has been seriously damaged during operations was by another Challenger 2 in a 'blue on blue' (friendly fire) incident at Basra in 2003 when the damaged tank had its hatch open at the time of the incident.
It has seen operational service in Bosnia and Herzegovina, Kosovo and Iraq.

The cover art shows a color photo of a Challenger 2 head-on. It is tan with a dark green wave pattern. Below it is the second variant of CR2. It is the RE operated Trojan, a multi-purpose support vehicle, which can be fitted with a variety of different engineering equipment, including ploughs, blades and fascines.

The introduction into British army service of the Challenger 2 Main Battle Tank (MBT) was originally intended to take a mere eighteen months from design to production, but in the event, it took closer to 10 years.

Why this was so is an important part of the Challenger 2 story, and although on the face of it this might seem to be a clear failure, it actually produced the more thoroughly tested and reliable tank ever to enter service with the Royal Armoured Corps. (RAC).

The tank has now been in service for 20 years and can be expected to form part of the British Army's inventory - albeit in low numbers - until around 2035, which would make it the longest surviving front line battle tank ever used by the UK.

The book contains 201 color photos of the Challenger 2 and 6 side profiles.

The last page of the book has an advertisement showing the cover of their book "Before the Birth of the MBT" saying there is a 30% discount on it.

I want to sincerely thank Casemate Publishers, the N.American distributor of Kagero books and the folks at Kagero for this review sample.

All Kagero titles can be viewed on Castemates site at:
​​www.casematepublishers.com