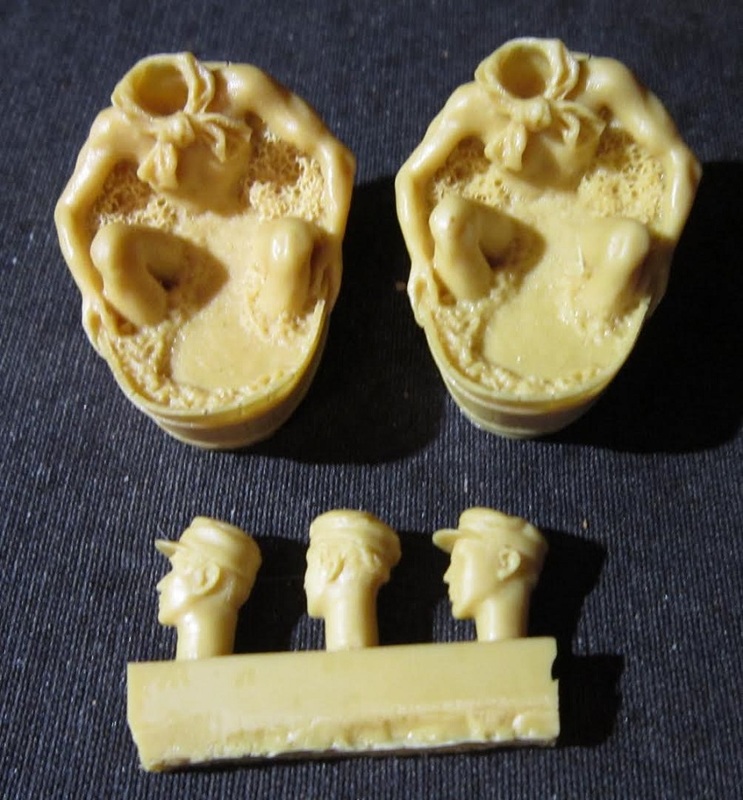 Detail is very well sculpted. There is no instructions with this set, because the deceased modeler that willed me the set maybe threw one away.

"VLS resins sets are short run products, made with rubber molds rather than steel ones that are used to mold plastic parts. These molds have a short life and wear out after a few thousand shots.

Figures molded this way by VLS are seamless, but have pour lugs that have to be removed, as you can readily see here. Also, the parts should be washed with soap and water to remove any mold release from them. Which at times runs heavy. The pour lugs are best removed with a razor saw and the attachment point then sanded smooth.

It will make up into an interesting diorama. I am not much of  diorama modeler and am willing to sell this set at the right price.
​I was willed this set and numerous other VLS ones by a fellow modeler who died of cancer years ago.