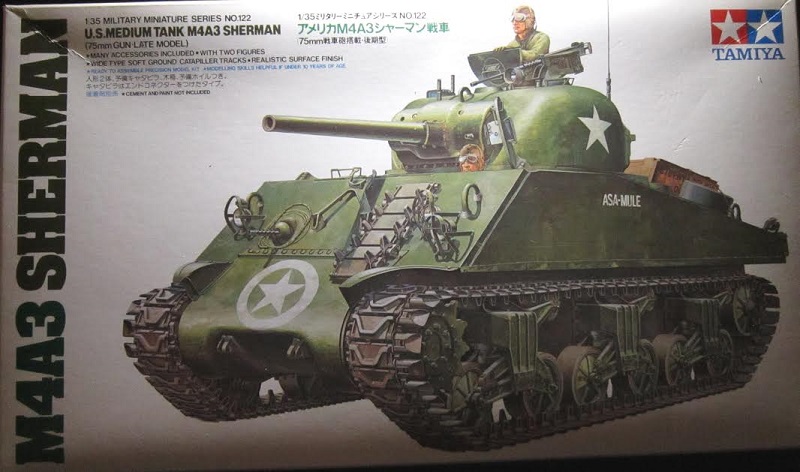 ​By Ray Mehlberger
OUT OF PRODUCTION
HISTORY:
The M4 series of U.S. Sherman tanks was the most widely produced tank during WWII and several examples can still be seen in secondary service in many parts of the world today. It was rugged, unsophisticated, and perfectly suited for mass production. A total of over 56,000 were produced in all versions.

The M4A3 version of this excellent medium tank(subject of this kit) was first put into production, in late 1942, by the Ford Motor Company, with a production run of 1,690 units, completed in September of 1943. These early M4A3’s still utilized the dry ammunition stowage and the 60 degree glacis hull. An additional 3,071 units were produced with the revised wet ammo stowage and the newer commanders cupola, making the M4A3 version the most produced of the Sherman tanks, and the one selected for use in the postwar years.

Although originally designed to utilize an air-cooled aircraft radial engine, the M4A3 was the first to adopt the Ford V8, liquid cooled, 500hp engine, which provided a sustained top speed of 26mph on smooth highways. The M4A3 used the VVSS (Vertical Volute Spring Suspension) system, and a one piece cast steel armored transmission cover.

Early models of the M4A3 still had the direct vision slots for the driver, but during the middle of the production run, these were augmented by a protective canvas and glass cover to protect the driver from the elements during inclement weather. To better maneuver and traverse soft terrain, extended end connectors for the tracks, called Duckbills, were added as the need arose (provided in this kit).

​Many of the early M4A3’s had extra 1” thick appliqué armor welded to the hull over the ammunition storage bins, and the gunners position in the turret. (provided as an option in the kit). Later models deleted this due to the wet ammo storage, which helped to prevent internal fires. To prevent spare parts and maintenance problems, most units of the U.S. Forces operated only the same model of tanks. However, due to field repairs, modifications and special needs, photos will show at times a mix of M4 variants in the same combat.

​The majority of combat M4A3 photos show that the usual U.S. star had been deleted from all tanks due to its high visibility as an aiming point for Axis guns.
THE KIT:
Tamiya is an older prolific model company based in Shizuoka, City Japan. They make all manner of model subjects in the popular scales.

​The kit comes in a tray and lid type box. The box art is the usual Tamiya illustration on a all-white background. It shows a M4A3 nicknamed “ASA-MULE” (one of the marking options offered on the kits decal sheet).

​A side panel shows a 3-view of a Sherman in overall olive-drab with a wolf’s head followed by a white nickname CLASSY PEG over a ace of spades symbol and some illustrations of the tank commander figure (provided) and some of the external stowage parts. Between the two is a paragraph in Japanese that I believe is the history of the tank.

Another side panels shows a M4A3 4-view in overall winter white wash. Again, in the center of these views is another paragraph in Japanese.
Printed on top of the tray inside is IMPORTANT INFORMATION CONCERNING THIS KIT in 12 languages, including English.
​WHAT’S IN THE BOX:
The box contains 3 olive drab trees of parts, the hull top and bottom pieces, rubber band type black vinyl treads, 4 black vinyl poly-caps, the decal sheet, and two sets of instructions. One set of instructions is all in English and second one is all Japanese.
There are raised letters inside the hull top that give the year of 1981.

​The hull bottom has raised letters giving the year as 1987, so there is some re-cycling of molds going on here.

​At least the hull bottom part does not have those motorization holes found in some older Tamiya kits and the hull top has some nice weld detail and raised casting numbers. When these two parts are fitted together there are voids under the side sponsons. Card stock will be needed to blank off these areas.

The kit has nice exterior detail, but no interior detail. There is alternate applique armor provided and duckbill extenders for the chevron pattern tracks. 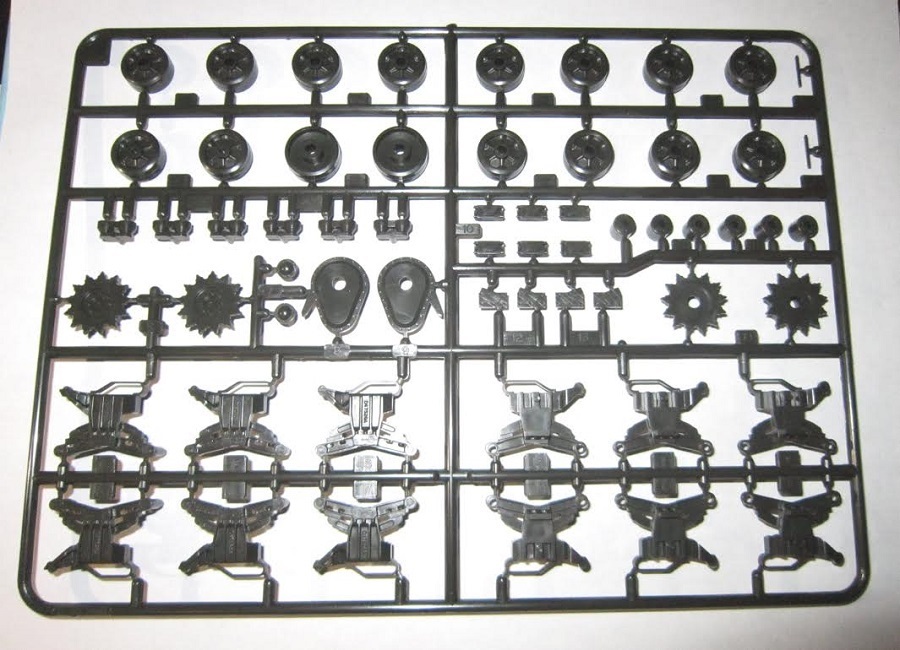 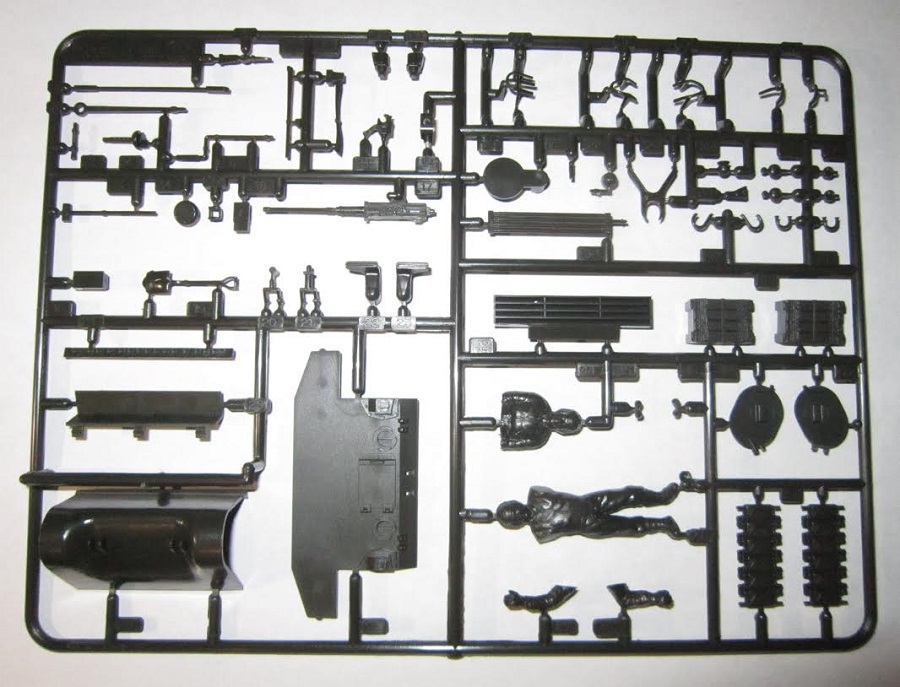 Tree letter C holds the turret and main gun parts. You get a choice of an early or late commanders cupola (with or without periscope windows). 3 pieces of appliqué armor are also on this tree. 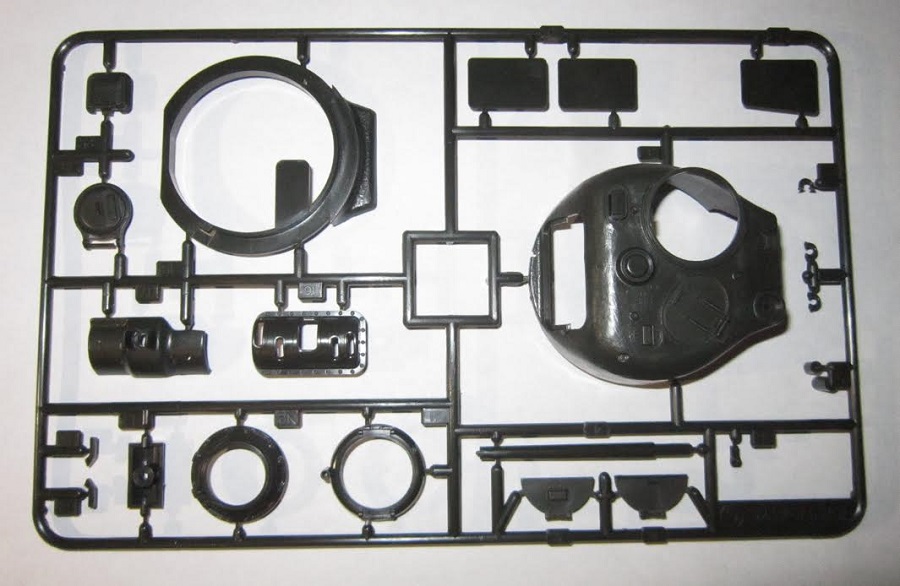 ​The black vinyl treads feature the chevron type cleats and duckbill extensions. Very nicely done. These are of the non-glueable type and have to be hot-riveted together or stapled to join the ends. Some modelers may opt to purchase an after-market set of individual tracks for this model.
There are 4 black vinyl poly-caps in the kit. These are to be sandwiched inside the 2 halves of the drive sprockets and idler wheels to retain them on the model. 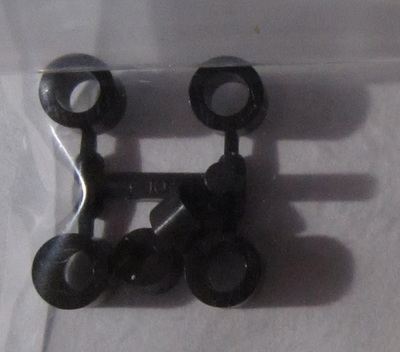 Markings are given for 4 different schemes: 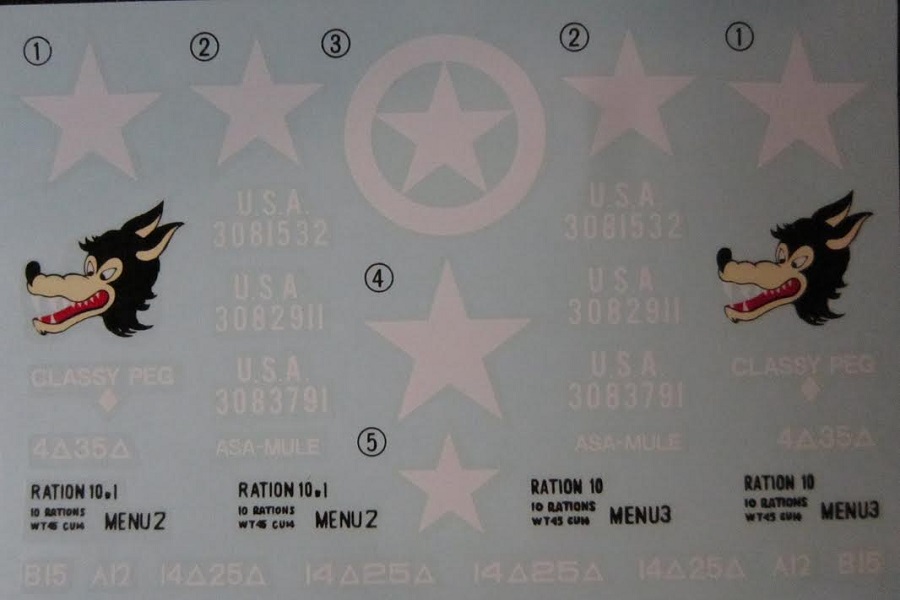 This looks to be a rather simple kit to assemble.
Cupola options and appliqué armor option is nice inclusion. Weld seams on the hull top are very well done and so is the casting look of the surface of the turret. This kit should offer no real problems even for the novice armor modeler.

Super-detailers can also go wild on this model with after-market stuff. There are no interior parts. A gun breech, at least, that could be seen through the open turret hatches would have been nice.
Recommended to US armor enthusiasts.

​I won my kit at an IPMS contest in their raffle back in May of 2007. A price sticker still on the box shows that the kit originated at a Hobby Lobby store.