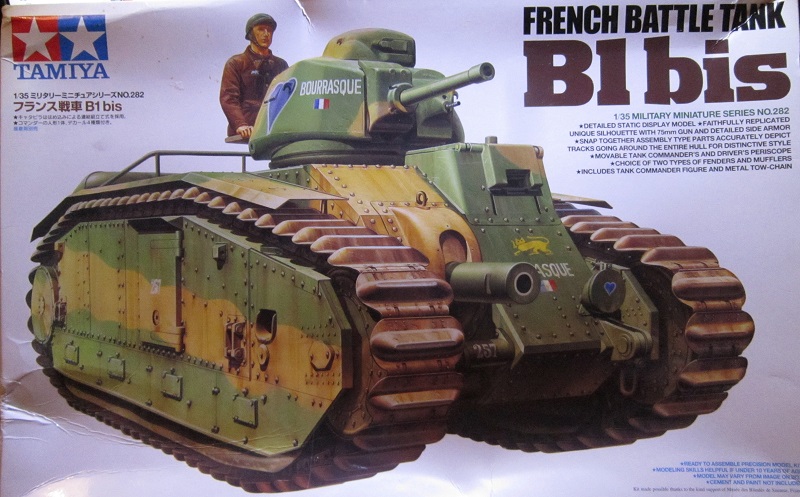 Although ponderous and impressive, the Char B tanks suffered from bad design in that the crew were poorly located and the turret contained only one man, who had to command the tank and operate the gun at the same time Their performance in 1940 suffered from this, although their armor thickness was instrumental in persuading the German army to go for heavier anti-tank guns.

The tank had a good combination of fire power and the 6 cylinder engine gave it a good top speed. It had a radius of action of 210 km (130 miles). It did not perform well in action however. Some were equipped with radios and the resultant poor tactical handling led to many losses in battle. The Germans used captured Char B1’s as the chassis for a range of SP guns.

The track and suspension system of the B1 was later adopted for the British Churchill tank. The gun arrangement was similar on the Churchill too.

Tamiya is an older and prolific model company based in Japan. They manufacture all manner of model subjects in the popular scales.

The kit comes in a shrink-wrapped  tray and lid type box.

The box art is done in Tamiya’s usual style of depicting the armor subject on a chalk white background. This box art show a B1, tank number 257, with “Bourrasque” on the turret, of the 2nd section, 1st company, 15th Combat Tank Battalion, 2nd Armored Division, France 1940 (one of the alternates on the enclosed decal sheet). A side panel shows a three-view of another of the paint scheme choices included for a tank nicknamed “Vercingetorix” of the 3rd company, 46th Combat Tank Battalion, 4th Armored Division, France 1940.

A second side panel shows a color photo of the model made up and a picture of the individual track links.

Inside the box are 5 trees of tan parts and one upper hull piece in 5 cello bags. There is a cello full of the individual track links (which are of the snap together type), two turned-aluminum gun barrels, the decal sheet (also cell bagged and with a tissue to protect the face of it), the instruction sheet and another 4 page sheet that shows the painting and marking choices in full color.

This second sheet also gives a story about one of the major battles that the Char B’s fought in, at Stonne, France. It also has some pictures of Char B’s that were supplied by the Musee des Blundes at Saumur, France. A nice addition.

Finally, there is a heavy tow chain provided. The bottom of the lower box tray is imprinted with important information about the kit in no less than 15 languages, including English.

The instructions consist of a single sheet that accordion folds out into 10 pages.

Page one begins with a black and white repeat of the box art, followed by the history of the vehicle in 4 languages (including English).

Page 2 begins with Read Before Assembly instructions, followed by some Cautions, illustrations of hobby tools suggested for use in building the model, a listing of paint colors required to decorate the model and the first assembly step.

This first step made me gasp, when I saw that you assemble 16 pairs of road wheels (per side) for this tank. Wow! That’s a bunch!

Pages 3 through 9 give us a total of 21 assembly steps.

Page 10 gives Painting and Applying Decal instructions in multiple languages again (including English) and an After-Market Service Card that you can mail to Tamiya to get any missing parts.

As mentioned earlier, there is the 4 page sheet with the color scheme choices that you can opt for when building this kit. These are full color 5-views of each. 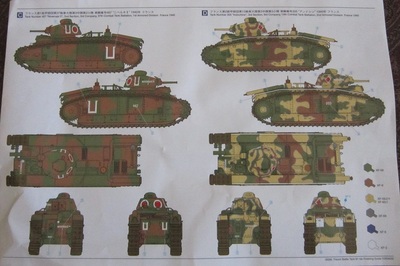 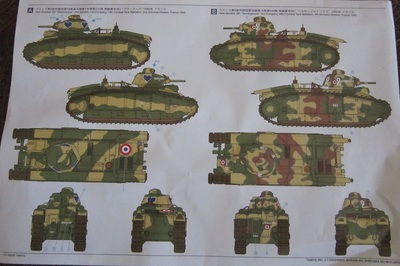 There are 2 identical Tan  letter A parts trees. Each holds: road wheels, drive sprockets, idler wheels, the sponson gun etc. There are 2 of this tree. (76 parts per tree). 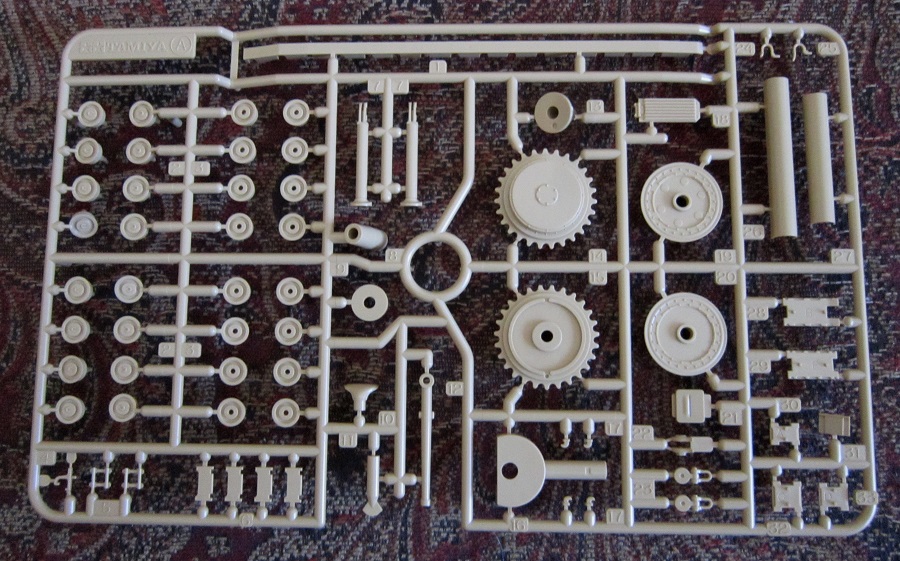 There are 8 vinyl bushings for are to put on the trunions of the main gun to allow it to traverse and elevate. 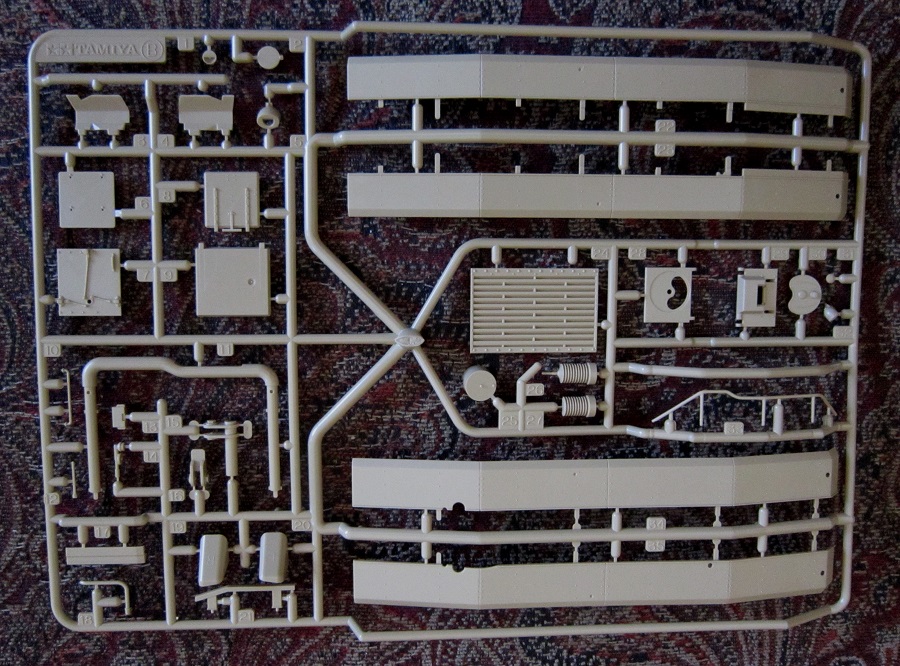 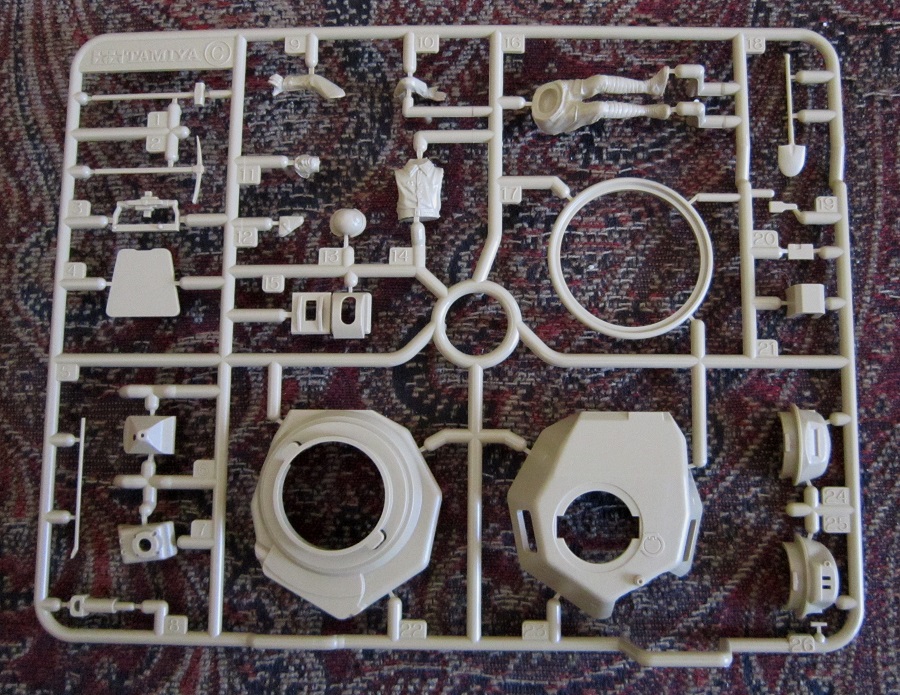 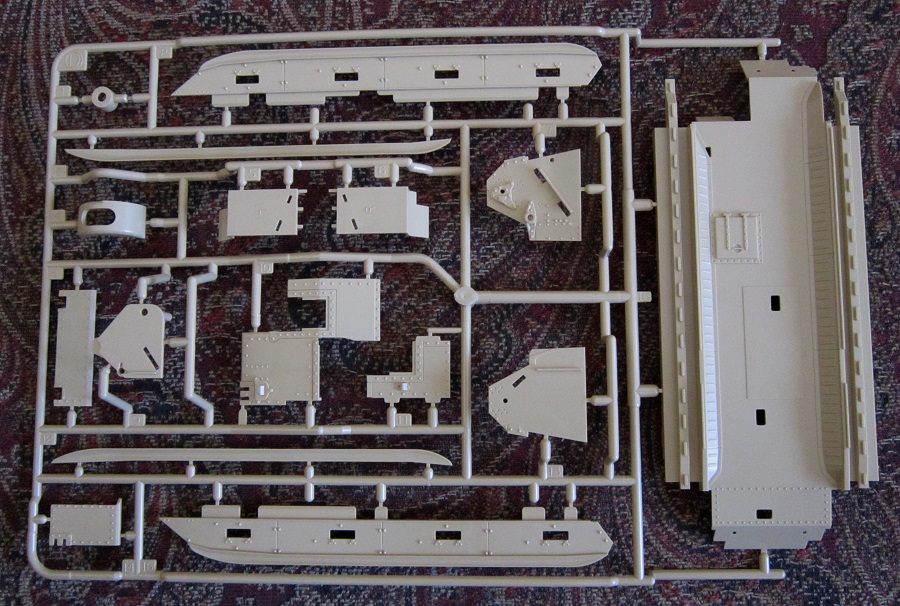 Finally, is the upper hull part and  the individual track links These track links are already to go and snap-together type. 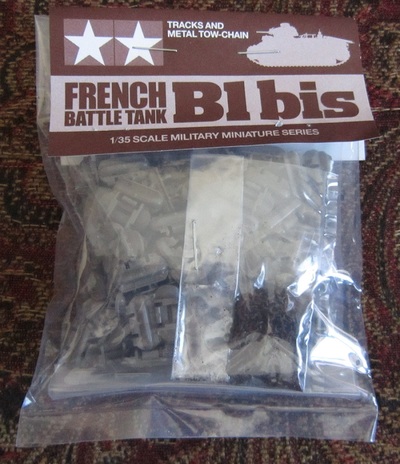 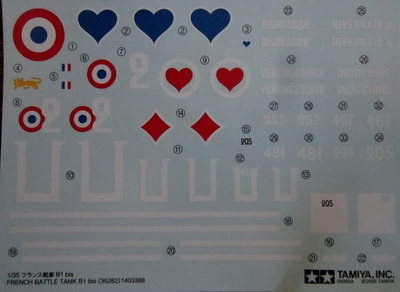 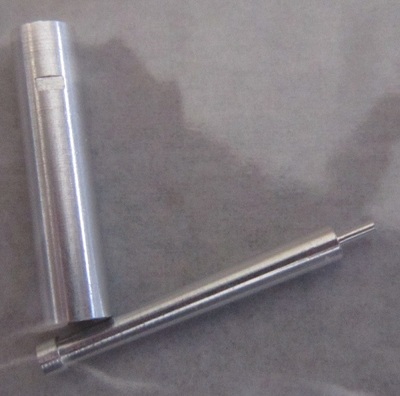 This is a model subject that has long been wanted by armor modelers. The tank commander’s and driver’s periscopes can be made movable. There is a choice of 2 types of fenders and mufflers.

However, there are no interior parts at all. We will probably see some after-market company address this later maybe.

Some location holes will have to be drilled out with a pin vice during construction. This is indicated in assembly step number 7. Detail is excellent and molding is crisp and flash free, as is always the case with Tamiya kits.

I highly recommend this kit to modelers of average building skills.