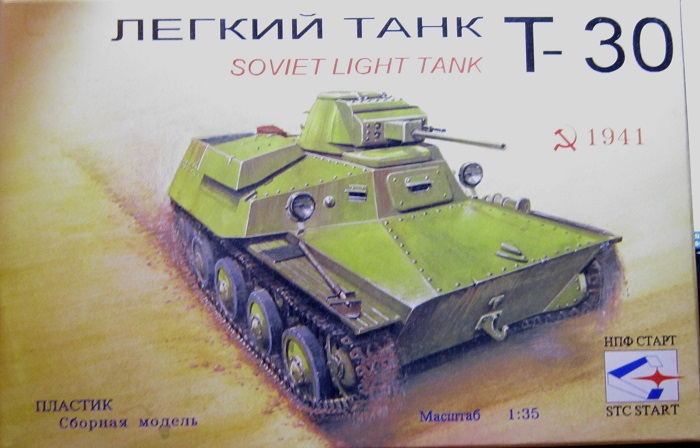 The Soviet Factory No. 37 was assigned the task of designing amphibious and non-amphibious scout tanks in 1938. They produced the T-30A and T-30B prototypes. The former was to be manufactured as the T-40 amphibious tank starting in 1940. It also led to the T-40S (sukhoputniy, "dry-land" version), a heavier tank prototype which was considered too complex to manufacture. The T-30B prototype, sharing the T-40's chassis but simpler in construction and with heavier armor, was accepted as the T-60 scout tank, and began production in July 1941, just after the German invasion.

Although at first intended to carry a 12.7 mm machine gun like the T-40 the armament was later upgraded to the 20 mm TNSh cannon, a tank version of the ShVak, on the advisement of the Chairman of the Council of Ministers, V.A. Malyshev. This weapon had the same armor-piercing capability as the German 37 mm due to its high muzzle velocity (15 mm of perpendicular armor at 500 m range). Attempts were made in 1942 to arm the T-60 with the 37mm ZIS-19 cannon but were abandoned due to the Soviet Union’s shortage of 37mm ammunition

STC Start is a model company based in Moscow, Russia. The kit appeared on the market around 1999.

This kit came in a very sturdy tray and lid type box. The box art shows a T-30 in an angled view from the front. It is posed against a light yellow background. It is in overall Soviet armor green with no markings evident. Side panels of the box show a profile line drawing next to the vehicle’s specifications in English on one panel and Russian on the other. The ends of the box give further specifications in the same two languages:

Inside the box is a large unsealed cello bag that holds four olive drab trees of parts and the decal sheet. The instructions complete the kit’s contents. A couple parts have broken off one tree due to friction with other trees.

The instructions consist of a single sheet that is printed on both sides and folded over to fit the box. It is all in Russian language with no English..

On the face side is a black and white repeat of the boxart. This is followed by the history of the T-30, a listing of the names of the kit parts and Start’s address and fax number in Moscow all unfortunately in Russian only.

The reverse side of the instructions has the parts tree drawings in the upper left corner of it with several very busy exploded drawings below them. These will have to be carefully studied, so as to not make a mistake and is one of the weak points of the kit. They are rather confusing.

The largest olive drab tree of parts, letter A, fits tightly, in all directions, to the 4 walls of the kit tray. It holds: the hull bottom tub, the hull top and link and length type tread parts (36 parts). 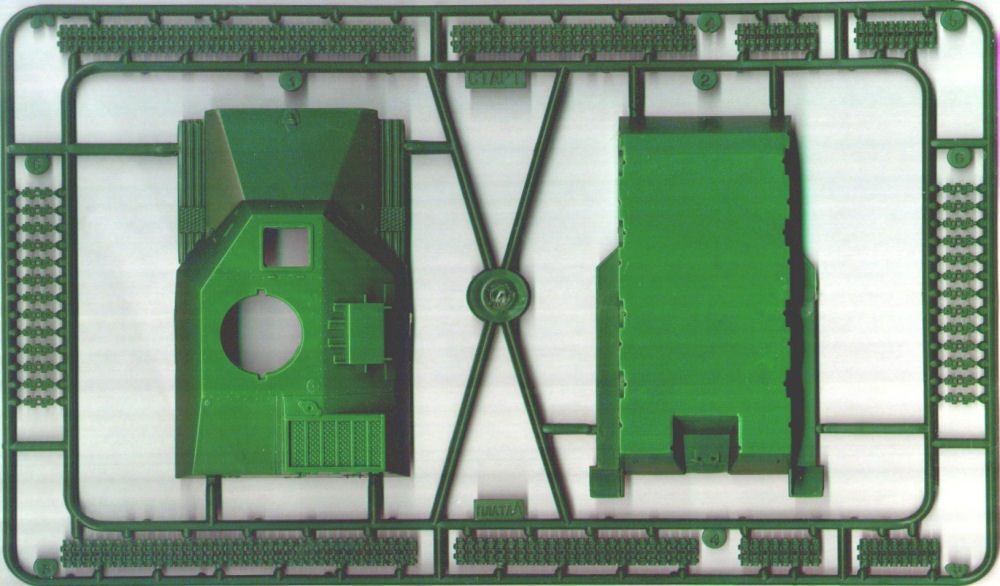 Long and narrow olive drab letter B tree holds: road wheels, the turret bottom, the 7.62mm machine-gun, a shovel, a storage bin, drive sprockets, return rollers, a horn, a propeller (which is excess) etc. (28 parts) Some flash appears on one of the drive sprockets. 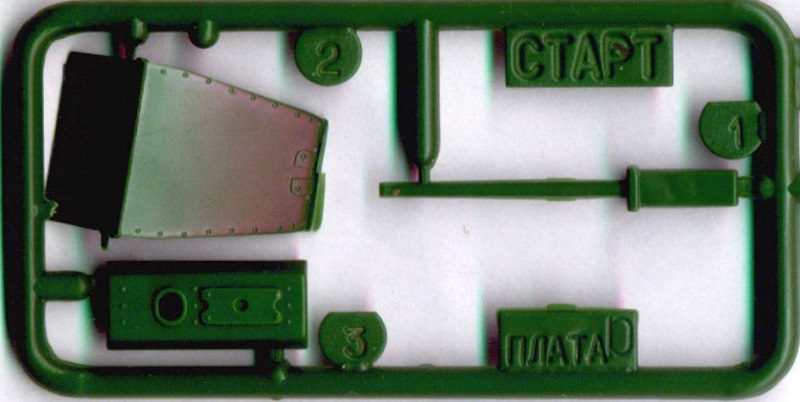 This kit shares parts with Start’s kit of the T-40, which is amphibious. That’s why there is a propeller and rudders on trees in this kit that are not used to build the T-30 version. The L shaped panel on letter D tree is to blank off the recess in the back of the hull tub part, where the rudders and propeller would go on the T-40 kit by Start. Tree letter A is a common tree to that and this kit.

There are also no clear parts to put into the headlights. The headlights are molded with lenses that are solid. Bad move Start! 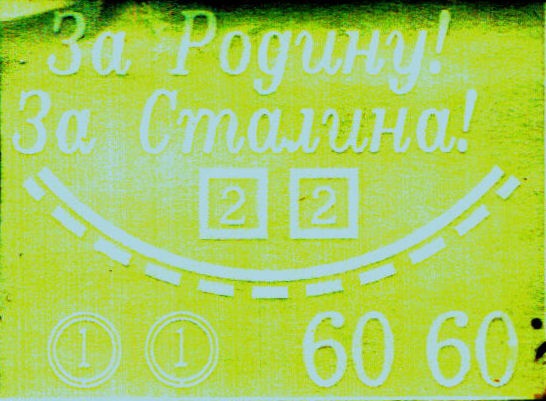 No colors are called out either. However, most Soviet WWII were overall dark green anyways. So, no mystery there.

There are no crew figures provided and no interior details.

This kit is an easy build. However, I have read a review that says the hull was heavily riveted on the real thing and it would take adding over 300 of them to make the kit more accurate. Also, the nose of the tank is said to be the wrong shape. These 2 things personally do not bother me as I figure how many persons that view the model after it’s built would know these things.

Kit courtesy of my wallet years ago. Kit seems to be out of production now.