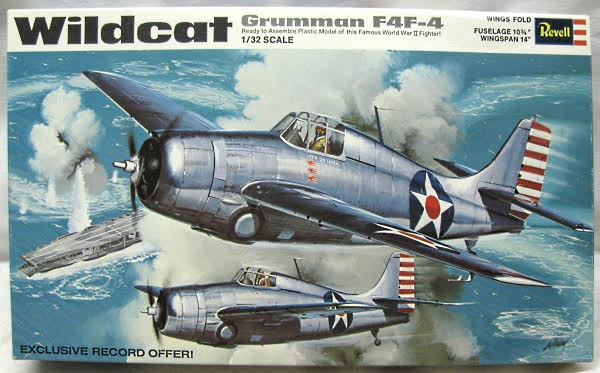 Since that time the kit has been re-issued 6 times up until 2004. The kit is offered on the web in the 1986 re-release by a fellow in Australia for $20.00 Australian dollars as kit no 4447 and again later in kit no. 4784 for 19 euro by fellow in Europe. This boxing has a box art calling the aircraft a F4F-4 British Martlet Mk.V.
​HISTORY:

The Grumman F4F Wildcat is an American carrier-based fighter aircraft that began service with both the United States Navy and the British Royal Navy in 1940, where it was initially known by the latter as the Martlet.

First used in combat by the British in the North Atlantic, the Wildcat was the only effective fighter available to the United States Navy and Marine Corps in the Pacific Theater during the early part of World War II in 1941 and 1942; the disappointing Brewster Buffalo was withdrawn in favor of the Wildcat and replaced as units became available.

However, the F4F's ruggedness, coupled with tactics such as the Thach Weave, resulted in a claimed air combat kill-to-loss ratio of 5.9:1 in 1942 and 6.9:1 for the entire war.

Lessons learned from the Wildcat were later applied to the faster F6F Hellcat. While the Wildcat had better range and maneuverability at low speed, the Hellcat could rely on superior power and high speed performance to outperform the Zero.

The Wildcat continued to be built throughout the remainder of the war to serve on escort carriers, where larger and heavier fighters could not be used.

Revell is an old model company based in Venice, CA. They manufacture all manner of model subjects in the popular scales. In recent years they have become associated with Monogram Models.

The box art shows 2 Wildcat's bombing what I believe is a Japanese carrier. Both are navy-blue over gray undercarraiges, with red and white alternating horizontal stripes on the rudder flaps and a large white star with red center on a dark blue circle on their fuselage sides.

The Wildcat in the foreground has LCDR J.S. Thach in white under the cockpit.

One side panel of the box has a small color repeat of the box art, followed by a one-paragraph history of the Wildcat and color illustrations of the pilot figure in his flight suit, a Pratt & Whitney R-1830 engine, that says it has a removable cowl and the dashboard and saying that the cockpit has a sliding canopy.

​The copyright date of 1969, Revell's address in Venice, CA and MADE & PRINTED IN USA is shown.

The other side panel talks about a model builder's bonus. Which is a 33 1/3 rpm 7" record about the Wildcat that modeler's can order, followed by 3 color box arts of other 1/32nd scale aircraft kits that Revell manufactured: a N. American P-51B Mustang, a Republic P-47D Thunderbolt and a Junkers Ju-87B Stuka. No kit numbers for these 3 kits is given.

Trees are not cello bagged or alphabetized. However, they are illustrated in the instructions and do have part number tabs next to the parts on them.

The instructions consist of a single-sheet that accordion folds out into 6 pages in 8 1/2" x 11" page format, folded to fit the box.

Page 1 begins ith the copyright date of 1969 for this kit, over the history and specifications of the Wildcat and the parts trees illustrations with painting instructions for certain areas of the model. It appears here that Revell wants modelers to leave the model in its molded dark-blue color otherwise.

Page 2 begins with general instructions, over the first assembly step. Which is showing how to build the aircraft with its gear down.

Page 3 though 6 give a balance of a total of 10 assembly steps.

The 1st dark-blue tree holds: the engine, a fuselage half, seat and a bulkhead (8 parts) 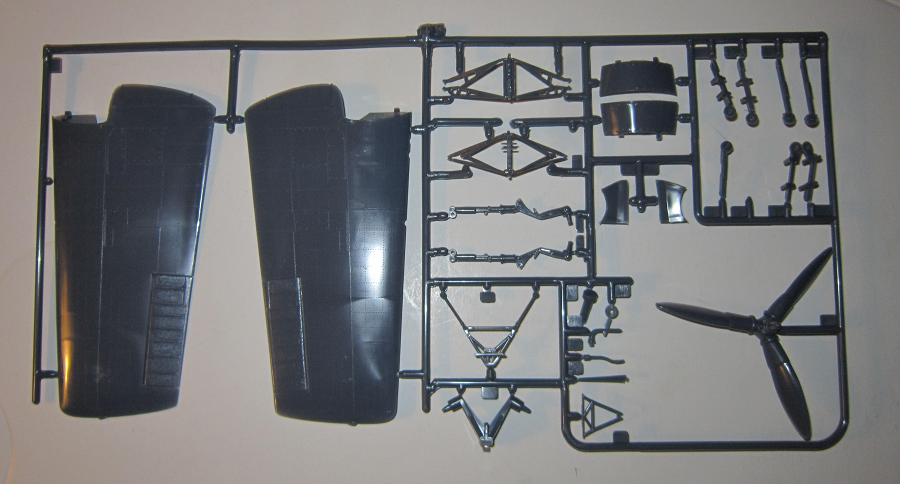 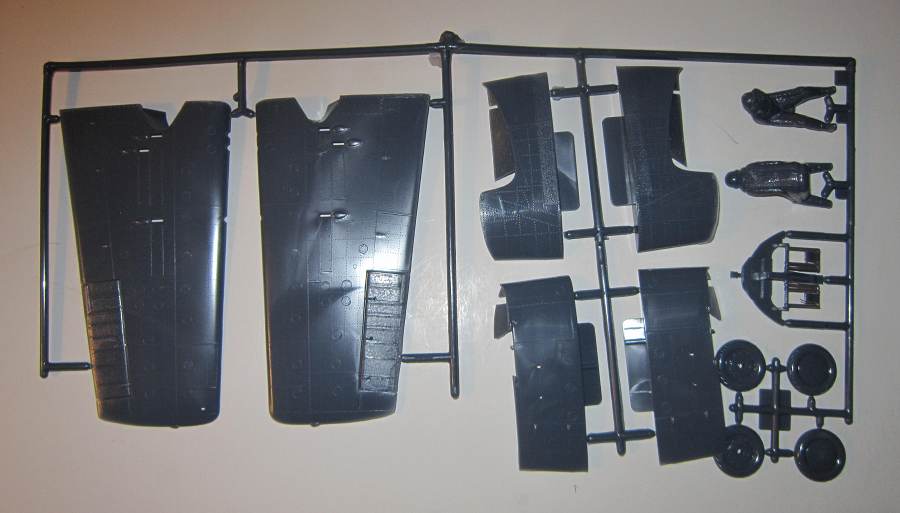 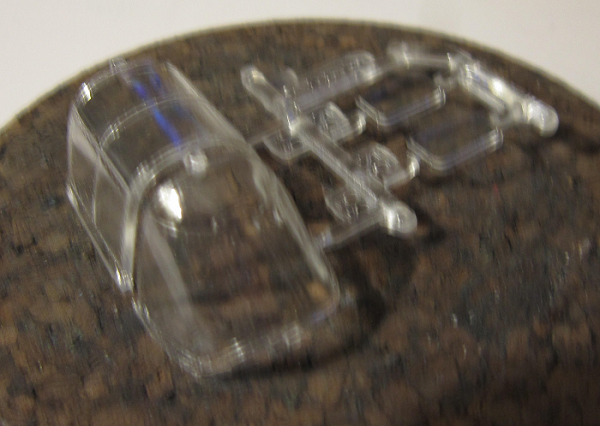 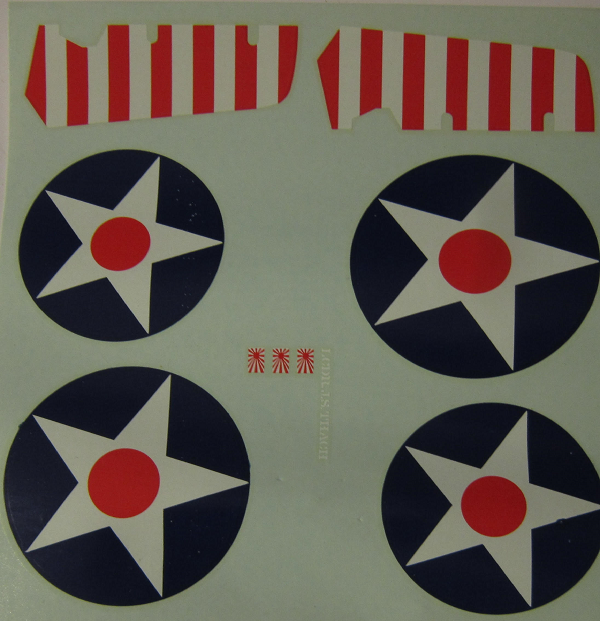 Nicely raised detail. Flaps are all molded solid. Cockpit can be posed open or shut.