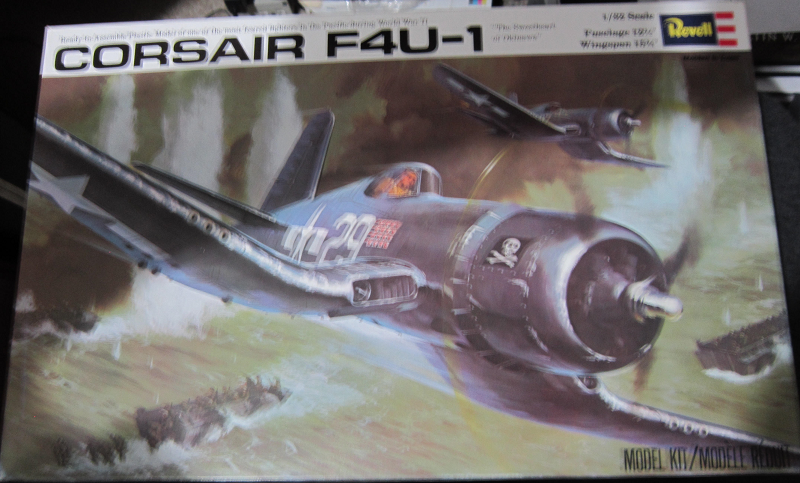 My kit is out of production. It has a copyright date of 1970. However, it has been re-boxed and sold 7 times since the 70's up until 2014. This last re-release is shown on line at one place in Europe and one place in the UK.
HISTORY:

The Vought F4U Corsair is an American fighter aircraft that saw service primarily in World War II and the Korean War. Demand for the aircraft soon overwhelmed Vought's manufacturing capability, resulting in production by Goodyear and Brewster: Goodyear-built Corsairs were designated FG and Brewster-built aircraft F3A.

The Corsair was designed as a carrier-based aircraft, but it came to and retained prominence in its area of greatest deployment: land based use by the U.S. Marines.[6] Due to logistics issues and initial problems with carrier landings, the role of the dominant U.S. carrier based fighter aircraft was thus filled by the Grumman F6F Hellcat, powered by the same Double Wasp engine first flown on the Corsair's first prototype in 1940.

The Corsair also served in the U.S. Navy. In addition to its use by the U.S. and British, the Corsair was also used by the Royal New Zealand Air Force, the French Naval Aviation and other, smaller, air forces until the 1960's. Some Japanese pilots regarded it as the most formidable American fighter of World War II, and the U.S. Navy counted an 11:1 kill ratio with the F4U Corsair.

When the Corsair entered service in large numbers with the U.S. Navy in late 1944 and early 1945, it quickly became one of the most capable carrier-based fighter-bombers of World War II. The Corsair served almost exclusively as a fighter-bomber throughout the Korean War and during the French colonial wars in Indochina and Algeria.

Revell is an old prolific model company based in Venice, CA. They manufacture all manner of model subjects in the popular scales. In recent years they have become associated with Monogram Models.

The box art shows 2 Corsairs flying cover for the sea-borne invasion of Okinawa in WWII.

The Corsair in the foreground is the personal bird of Ira Kepford, the Pacific ace. It is overall dark navy-blue with a white no. 29 on the fuselage sides, a black and white Jolly Roger flag on the side of the cowling, 16 Japanese kill marks under the cockpit.

The second Corsair is in the same color scheme with fuselage no. 27.
One side panel repeats the box art smaller in color, followed by a one-paragraph history of the Corsair. It says that markings are included for the Pacific Ace Ira Kepford's Corsair. The kit is scaled from an actual Corsair in the Air Museum in Ontario, CA. Kit was made and box was printed in the USA.

This is then followed with color illustrations of the instrument panel and a Pratt & Whitney R-2800 engine that is in the kit and has a removable cowl.

​The other side panel has 4 color box arts of other Revell 1/32nd scale aircraft kits they manufacture: a N. American P-51B Mustang, a Republic P-47D Thunderbolt, a BF-109G "Gustav" and a Lockheed P-38J Lightning.

No kit numbers are given for these 4 kits.

Also included in the box is an application to join the Revell Modeler's Club. 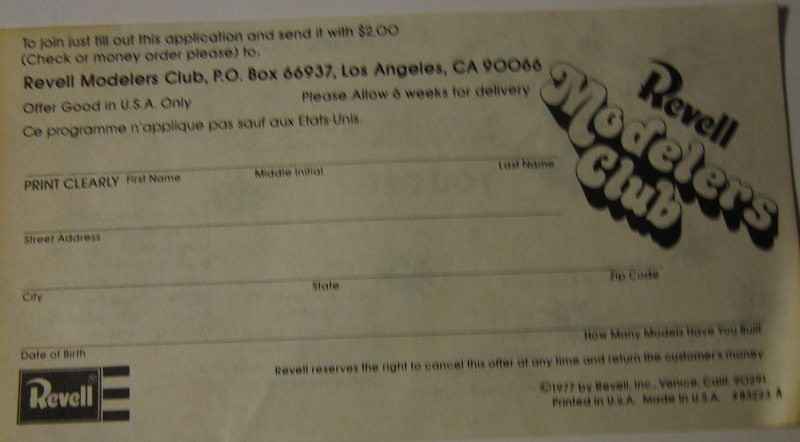 Page 1 begins with a black and white repeat of the box art, over the history of the Corsair.

Page 2 begins with illustrations of how to use hobby tools, over the first 2 assembly steps.

Page 3 through 8 give a balance of a total of 9 assembly steps, with step 9 being the marking and painting guide with a single illustration. It further shows black lettering that was on the box art subject of Kepford's aircraft of lettering F4U-1 in black over NAVY over ser. no. 18029 on the rudder.

Part trees are not alphabetized or illustrated in the instructions. They do however have part number tabs next to the parts on them. 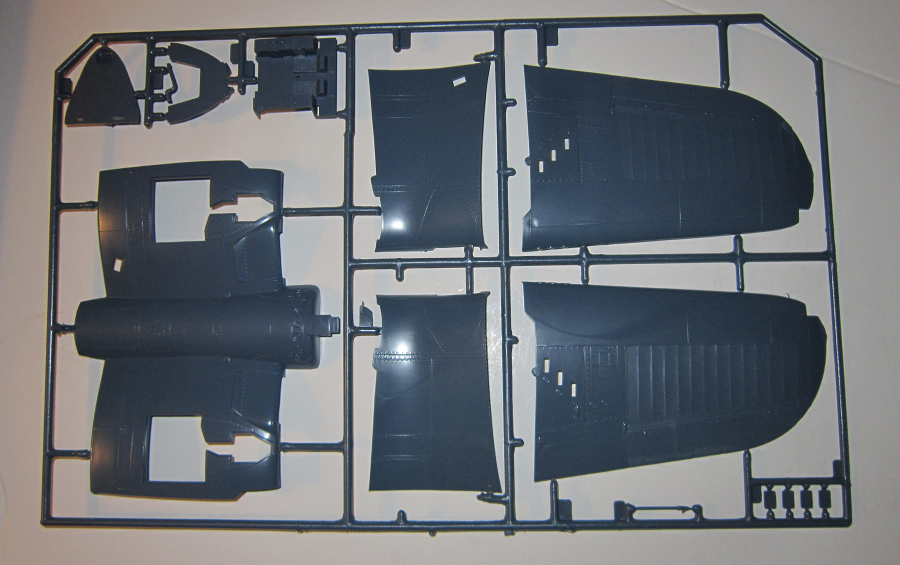 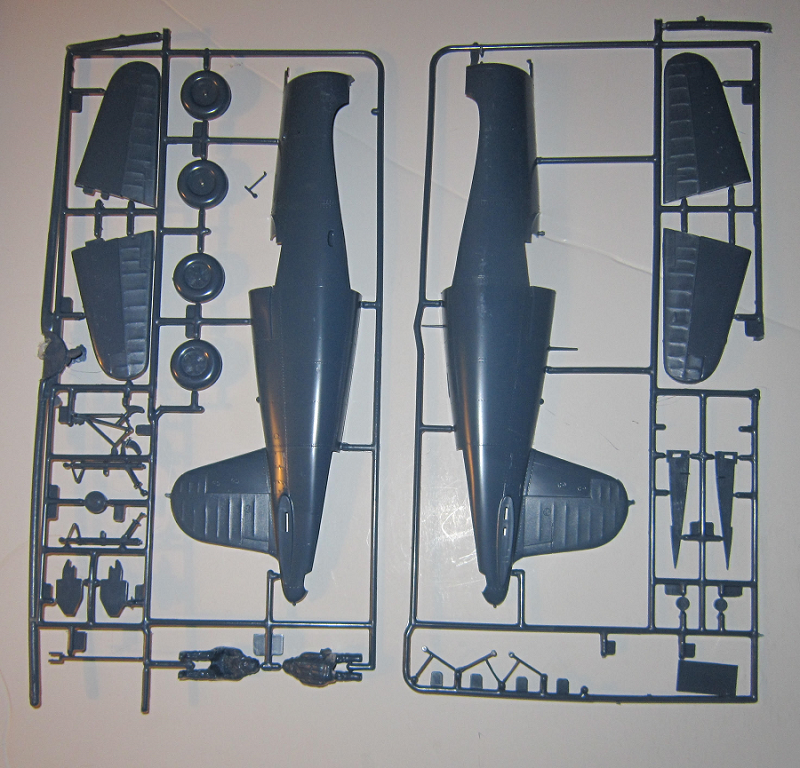 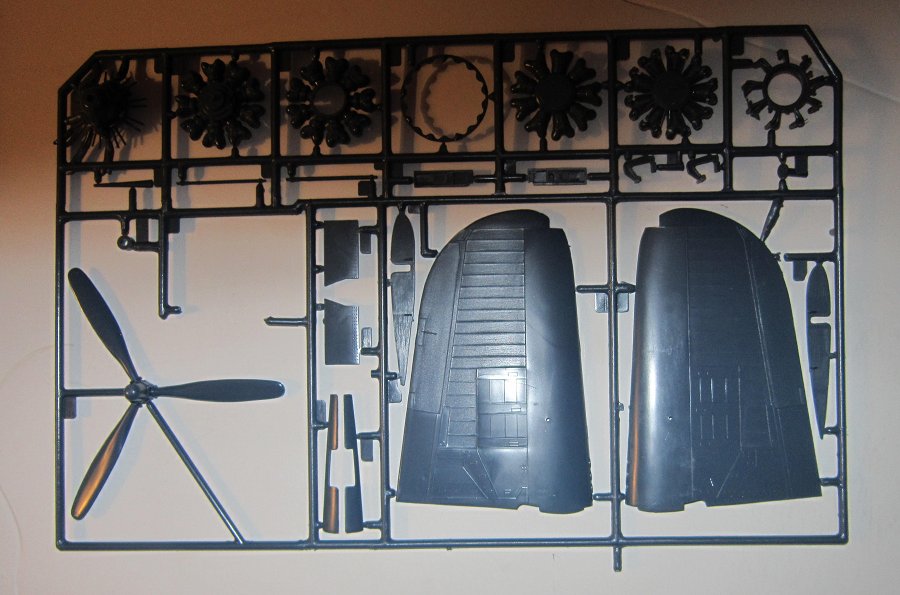 The cowl from the third tree was loose. 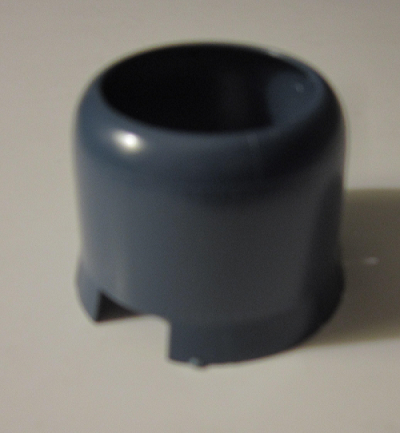 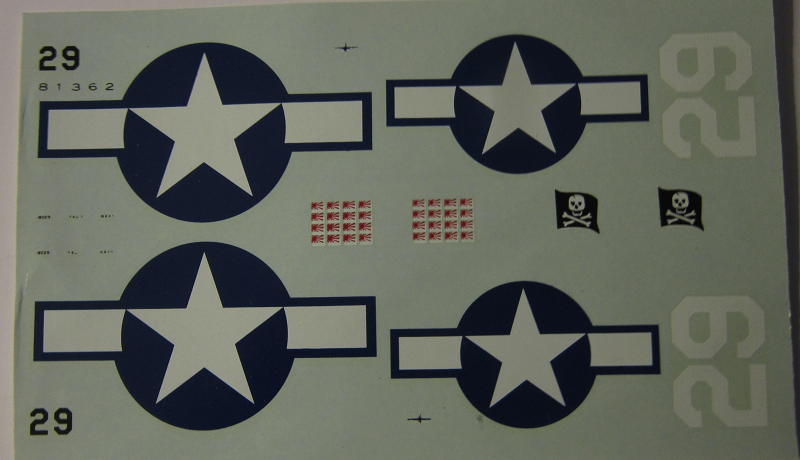