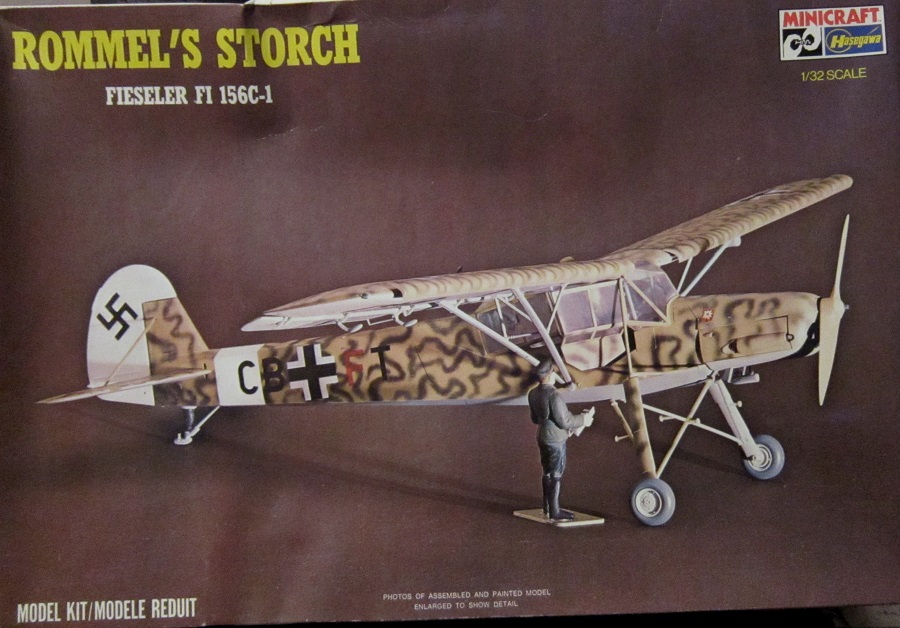 OUT OF PRODUCTION, but it was reboxed and offered as late as 2009 and may be found for sale somewhere on the internet.

Developed in 1936, the Storch (Stork) was and still is an amazingly efficient airplane. Designed for reconnaissance and observation, initial testing of the Storch revealed outstanding STOL (short take-off and landing) capabilities.

The Storch was the means by which Mussolini was rescued from the top of a mountain in 1943. Landing at night on a tiny flat spot behind the hotel. The pilot and Mussolini were able to successfully take off in an overloaded plane from the 9,050 foot high peak.

Many German staff officers used the “go anywhere” Storch, among them Field Marshall Rommel and General Kesselring. This model beard the markings of the Storch that the “Desert Fox” used in North Africa as his personal plane.

This kit was licensed by Hasegawa Model Co. in Yaizu, Japan to be manufactured in Torance, California by Minicraft Models Inc.

It comes in a huge shrink-wrapped tray and lid type box made of rather flimsy cardboard. My kit became rather crushed over the years in my model stash. It is too big and has a letter L void around the parts that is 2” wide.

The kit makes up to be 12.2” long and with a wingspan of 17.5”. It has a super-detailed Argus AS10C-3 eight cylinder inverted-V engine with removable cowling panels. It includes steel reinforced landing gear struts, ultra-complete cockpit interior with pilot figure, a standing figure of Field Marshall Rommel, separate side doors, optional position leading edge and trailing flaps, is molded in desert tan color with clear plastic windows.

The box art has a photo of the model made up and posed against a dark background. It is in a base of sand with a green squiggle camouflage over it. The undercarriage is light-blue. The rudder is white and it has a wide white fuselage band. The fuselage code is black CB + red F black T.

This code is not one provided in the kit on the decal sheet.

There is a red shield with a white edelweiss flower on it on the side of the nose. This logo is not on the decal sheet either. Also the photo shows the German officer figure that is in the kit, standing next to the Storch and holding a map. This is supposed to be Rommel.

One side panel has 3 color walk-around type photos of the model in the box art scheme. This is followed by Manufactured in USA, licensed by Hasegawa, Minicraft’s street address in Torrance CA and Hobby Industries street address in Rexdale, Ontario, Canada.

The other side panel has the history of the Storch with a small repeat of the box art photo in the center.

This kit contains 4 tan trees of parts, a clear parts tree, the decal sheet and instructions. There are 2 bent wire rods that are to go inside the landing-gear legs for extra strength.

Page 1 begins with a black and white photo of the box art subject with it’s cowling panels removed and sitting in front of it This is followed by the history of the Storch and Minicraft’s street address in Rorrance, CA.

Pages 2 through 9 give a grand total of 8 assembly steps.

Page 10 has painting and marking schemes for 3 different Storch’s.

1.     Rommel’s aircraft in a base of sand yellow with dark-green squiggle camouflage and a light-blue undercarriage. It has a black green propeller and spinner. The fuselage code is all black SF + RL.

The letter R is over a white fuselage band. I have seen the code of Rommel’s Storch in a book I have as having the fuselage code of 5F + YK with the Y perhaps being red and the rest of the code black. A logo of a red map of Africa with white streaks on it adorns the side of the nose. No unit is mentioned.

2.     A Storch with JG-54, “Greenherz” (Green heart), Russian Front, no year given or unit. I got this from one of my books because the instructions does not give any info about this mark, only the colors. It is in 2 tones of green splinter pattern with a black-green propeller and splinter on the nose and a light-blue undercarriage. It has the all black fuselage code SB + UG. It has the squadron logo of a shield divided vertically in the center with the left half being yellow with an unidentified black image on it. The right side has a red and white diagonal barber stripe pattern. I suspect that the fuselage code was not all black letters. A large green heart outlined in white is below the windscreen on the sides. The fuselage cross is on top of a white fuselage band.

3.     The Storch that Mussolini was rescued in from the mountaintop hotel by Otto Skorzeny. It is overall black-green with all black fuselage code SU + LL. Again, I suspect that not all of these letters were black. The undercarriage is the usual light-blue. A white square is underneath the second letter L of the fuselage code.

Page 11 has 2-views of the tops and bottoms of these 3 schemes.

Page 12 is the parts trees illustrations. 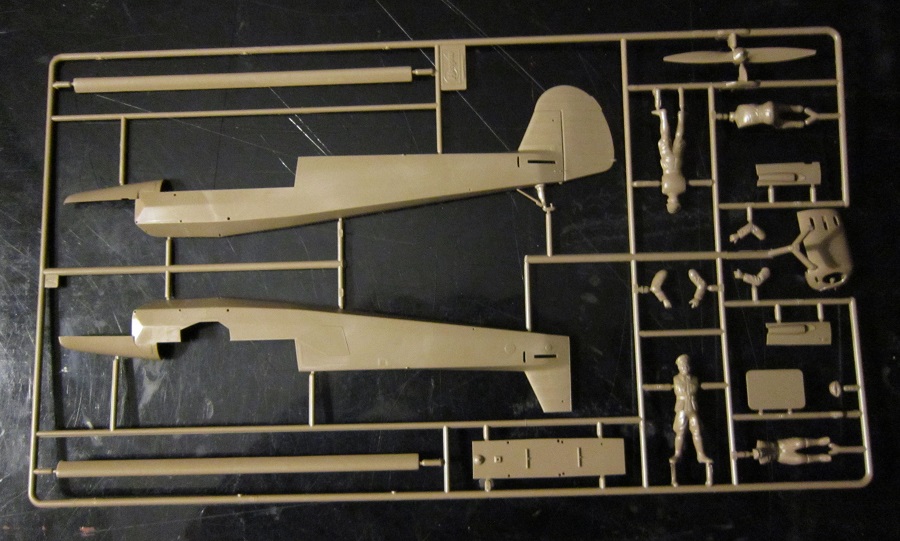 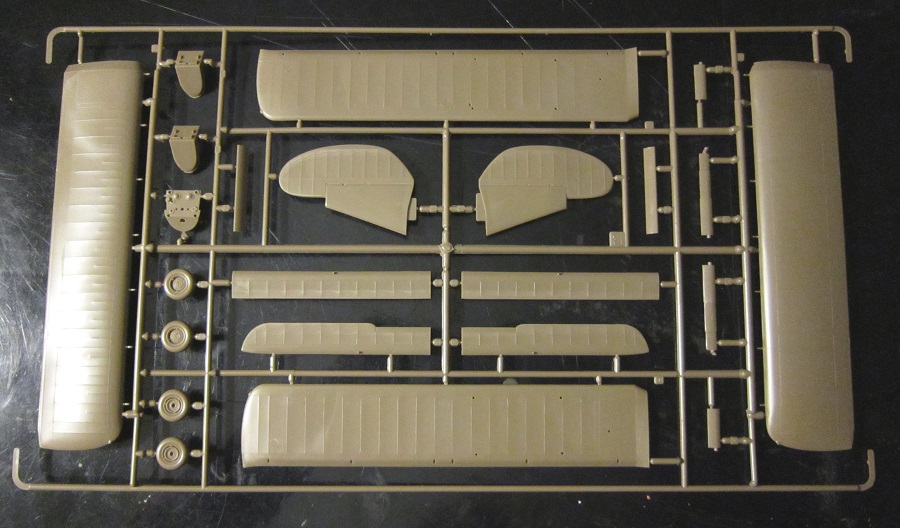 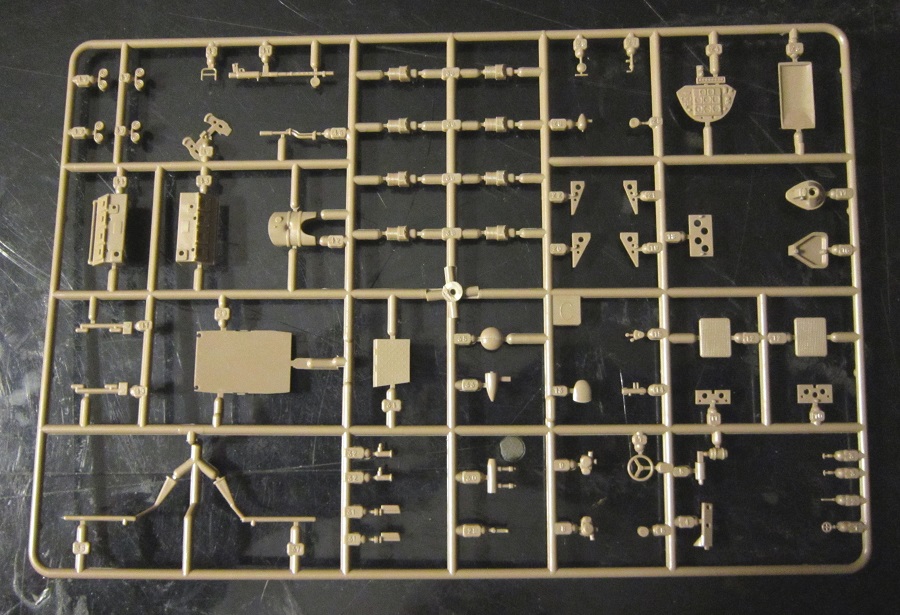 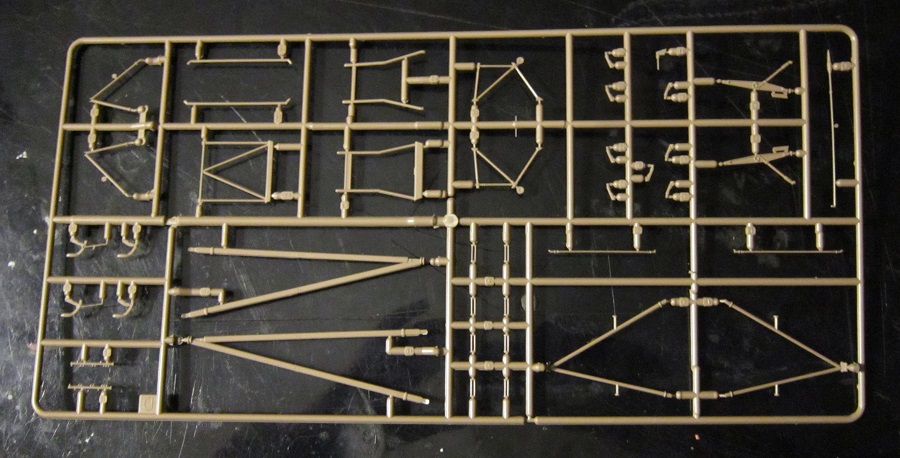 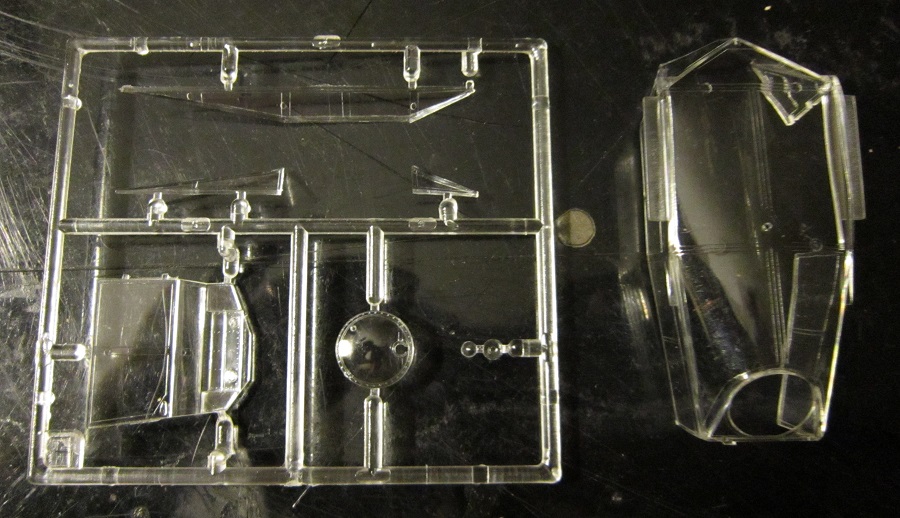 The parts trees are not cello bagged, but they are wrapped in some tissue sheets for a little bit of protection anyways.

This is one LARGE and neat model with great details.
The only problems is missing info about about the markings and no decal provided for the box art subject. Marks may also be wrong in some cases. There are stencil marks on the decal sheet, but no directions as to where on the Storch they go. 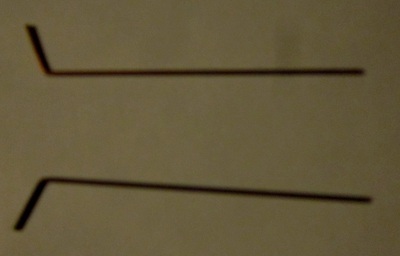 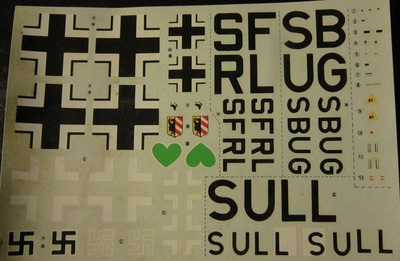 Highly recommended to modelers of advanced building skills due to the complexity of the kit.

I bought my kit I think back in the 70’s from a shop that went out of business for a paltry 10 bucks. I suspect the kit now is expensive these days, if a person can locate one for sale. 1/32nd scale aircraft kits have really soared in price.