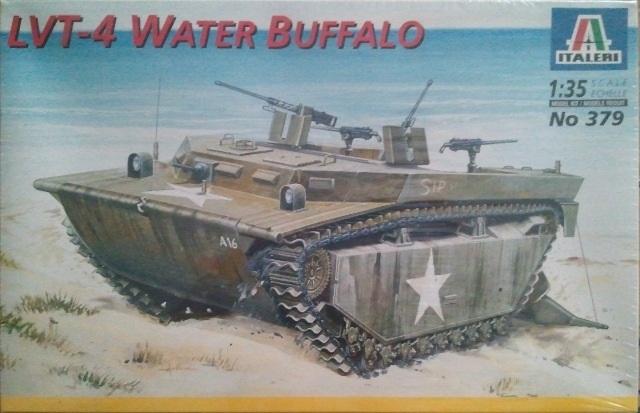 This type of tracked amphibian vehicle was developed for the U.S. Armed Forces at the beginning of WWII to ascertain mobility in swampy terrain and at the beaches during landing operations. This version was typical with its wide rear ramp which could be lowered to move equipment and troops. More than 6,000 units were produced from the end of 1943 onward. LTVs were widely used in the Pacific Theater as well as on various European battle grounds to cross big rivers.

The box art shows the LVT parked on a beach with the rear loading ramp down. It is in a heavily streaked overall olive drab, with


The kit holds two large and one medium sized sprue of olive green parts. A small sprue, in the only cello bag in the kit, holds the decals and a short piece of tan string. The string is to be used for the pulley arrangement on the rear cargo door of the vehicle. I wish that Italeri would use better packaging in their kits as parts get broken off their naked trees and could very easily become lost.

There are no clear parts or crew figures provided in the kit.

Continuous rubber band treads are provided in four sections. This means that the modeler will have to do two hot rivets with a heated screw-driver, on each side, to assemble these later. Not a good thing to look forward to.

The instructions are a single sheet, that accordion folds out into 10 pages in 7 ¾” x 13” page format.

Page one gives the history of the vehicle in no less than a dozen different languages, including English.

Page two gives general instructions for parts removal from the trees, again in 12 languages. There are six part replacement reply labels printed next and a number code explanation for the colors to be used in painting the kit.

Pages four through the top half of page eight give 17 assembly steps. The bottom of page eight and all of page nine gives the marking instructions for three different schemes.

I thought it was sad that we are not told WHERE these vehicles served and also that two schemes are post war. But, I am a WWII nut and that is a personal bias.

Page ten gives some warnings about possible hazards in 20 languages. 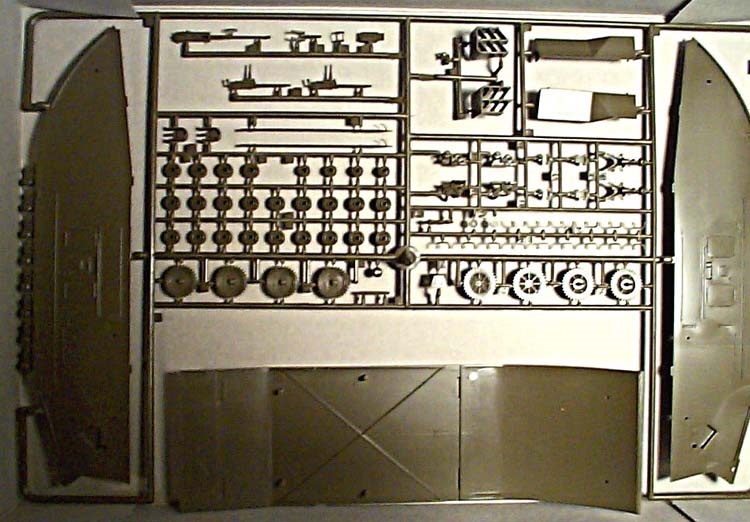 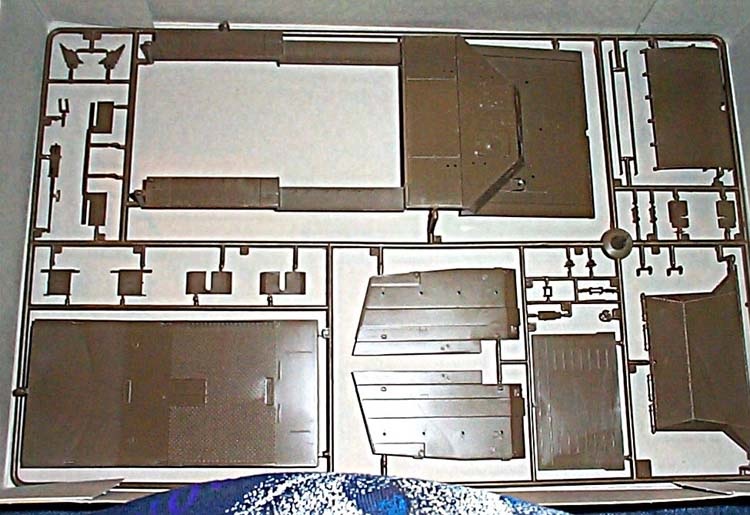 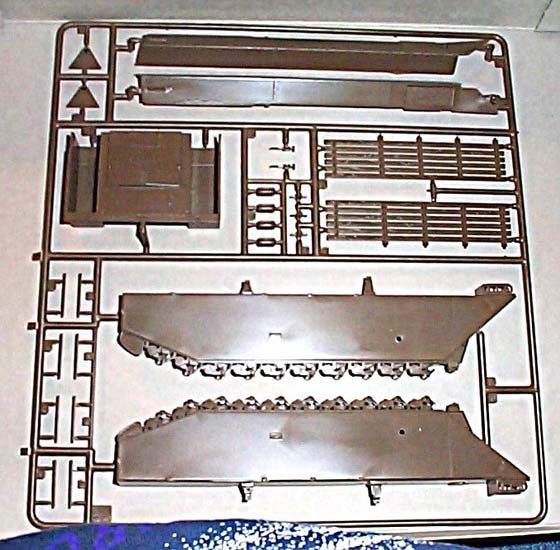 This vehicle was long wanted by armor modelers. It filled an important niche in any armor collection.

Parts are flash free and well molded. However, as mentioned before, Italeri could cello bag their parts in their kits. I only found one molding problem on the kit. There are 2 rivets in the side parts at the rear of them. These are in the center of a shrink mark. It will have to be puttied, sanded level and then the two rivets added.

I don't like the four part rubber band tracks. One hot screw-driver weld, per side, is ENOUGH and usually a disaster waiting to happen. At least for me it is. Also, clear head light lenses would have been nice to have. 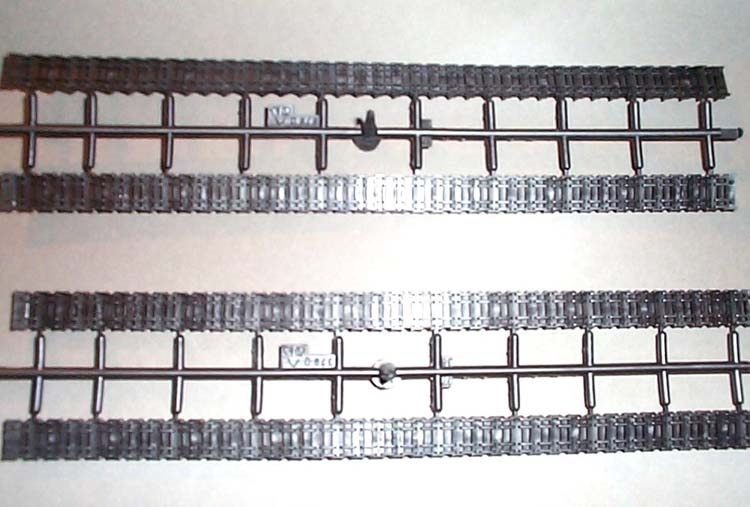 Perhaps one of the after-market companies, that does individual tread links, will do some for this kit in the future. Are you listening Model Kasten?? Hope so anyways.

I did purchase the Eduard PE set designed for this Italeri kit. It includes self-adhering stickers to mask the star and invasion stripes for spray painting on. Eduard also made a mistake at the factory and I got an extra one of the 2 frets in the kit. The set is number 35358. 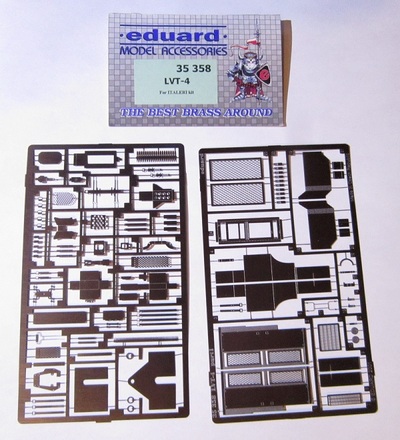 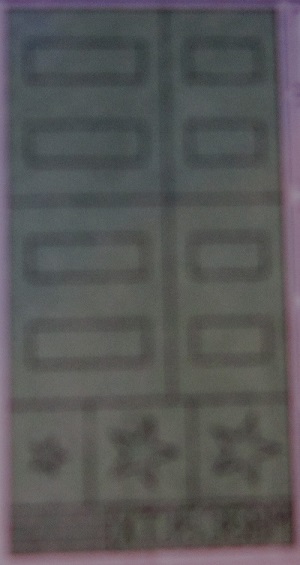 With the few reservations, previously mentioned above, I highly recommend this new kit.

Italeri is perhaps one of the easiest brands to find in any well stocked hobby shop.

Recommended to modelers of average building skills. I purchased my kit years ago at my local hobby shop.