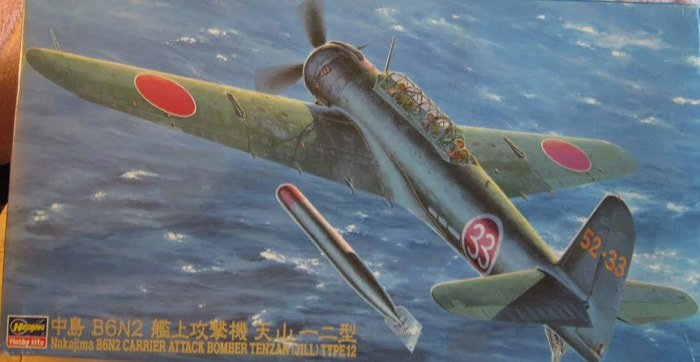 In 1939, the Japanese Navy place an order with Nakajima for the construction of a prototype known as the Model 14 Carrier-based Attack Aircraft, with the intention that a successful desing would go into production to succeed the aging Type 97 attack planes. The Navy required that the new type would, of course, surpass the performance of the Type 97, and also outlined specific requirements that the plane should have a top speed of 250 knots (463 km/h) or better, an operational cruising range of 1800 nautical miles (3,330 km) and be powered by an engine with an output in the range of 1,500 hp.

While Navy officials suggested that Nakajima go with the Kasei ("Mars") powerplant already in production at Mitsubishi, Nakajima insisted that, in order to meet the steep requirements of the Navy's original prototype criteria, the more powerful Mamori ("Guardian") engine, still in development at the time of these negotiations, would be better suited for the design. This proposal was accepted.

The enormous engine horsepower and bulky airframe of the Nakajima prototye exceeding anything seen in the Japanese arsenal at the time, required  various special design features in order for the aircraft to meed specs. These included: Japan's first all-metal construction, four-bladed propeller, airframe configuration to match the size of Imperial Navy aircraft carrier elevators, a frontally-canted rudder/horizontal stabilizer, and an engine cooling system air intake that would not interfere with torpedo ordenance loads. In short, it seems that the complicated requirements of the design made for many frustrating hours at the drawing boards for Nakajima engineers.

Moreover, the end to more modifications was not to come soon. The extensive weight of the design's air frame required the installation of Fowler flaps to allow the plane to make carrier landings. Other problems included the teething pains of the just completed Mamori engine and an alarming tendency for the aircraft to ground-loop on take-offs and landings which required the horizontal stabilizer to be shifted to the left as an expediency measure.

All these modifications and headaches led to significant delays in the desing being put into production, and the Tenzan Type 11 was not officially adopted until August 1943, not seeing service until the Battle of bougainville in November of that year. Subsequently, the problematic Mamori engine was dropped in favor of the more dependable, but considerably weaker, Kasei powerplant in the Tenzan Type 12 design, which was officially adopted by the Navy in March 1944. Approximately 1,200 Tenzan aircraft of all models were produced during the war, but it can be said that the design never lived up to even half of its capabilities, plagued as it was by engine problems and other factors that postponed its front line debut.

Hasegawa is an older prolific model company based in Shizuoka City, Japan.

The box art shows a Jill flying over water and dropping its torpedo. It is in overall Japanese Navy green above Japanese Navy grey with a white circled 33 on the fuselage sides and a yellow number 52-33 on the sides of the rudder.

One side panel says the kit contains parts for one model. Paint and glue are not included. The kit has English instructions. This is said in multiple languages, each labeled with a color illustration of the flags of the countries that speak the languages over Hasegawa's street address in Shizuoka City, Japan and their telephone number there. Kit was made in Japan.

This kit contains 12 light-grey trees, a clear tree, the decals and the instructions in sealed cello bags.

Page 1 begins with a black and white photo of the model made up in the box art scheme with its wings folded, above the history of the aircraft in Japanese and English.

The top of page 2 has international assembly symbol explanations over the first 3 assembly steps.

Page 3 to the top of page 5 give a grand total of 12 assembly steps.

The bottom of page 5 has the parts trees illustrations.

Across pages 6 and 7 are two 2-views of painting and marking schemes.

It is a Jill with the 256th Attack Squadron, 752nd Japanese Naval Flying group.

It is with the 210th Japanese Naval flying group.

Page 8 has a suggested paint color listing at the top of the page over decal application instructions. Kit is not suitable for kids under 3 years. Adults should help modelers under 12 is said in Japanese and English. Hasegawa's address appears again.
​Large medium-grey letter A holds:  a fuselage half, a cockpit side wall, a elevator half etc. (12 parts) 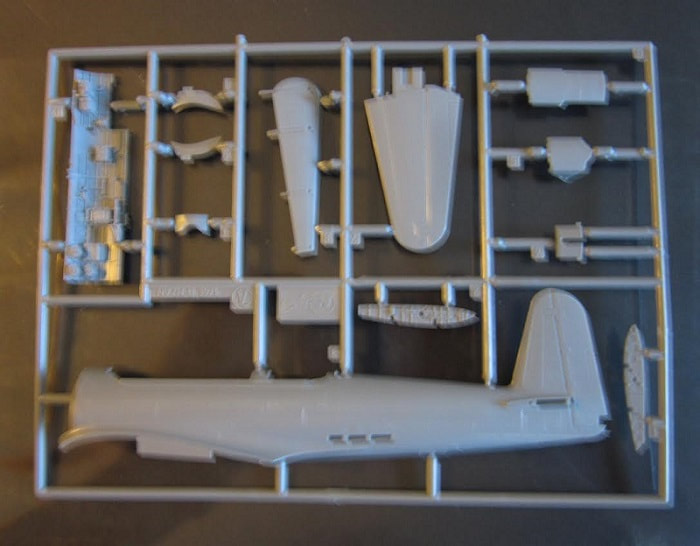 ​Large medium-grey letter B tree holds: the other fuselage halve, the other cockpit side wall , wing flap, wheel pants, other elevator half etc. (9 parts) 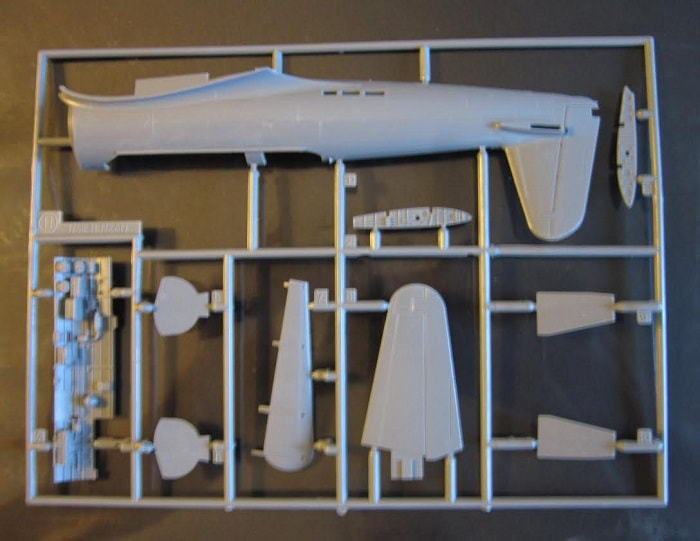 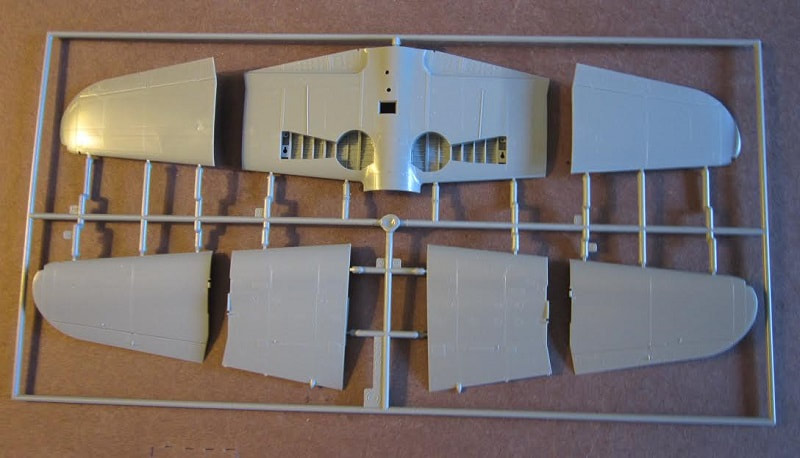 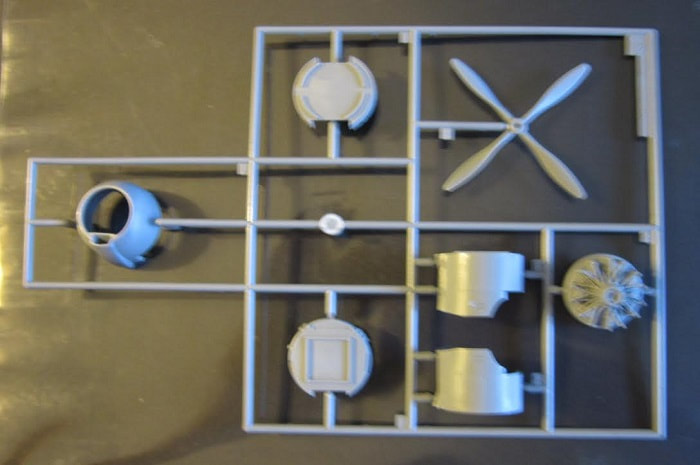 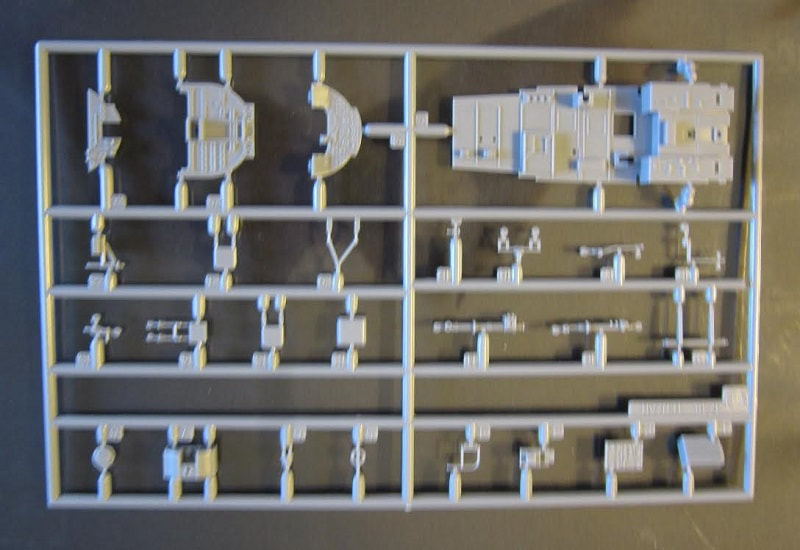 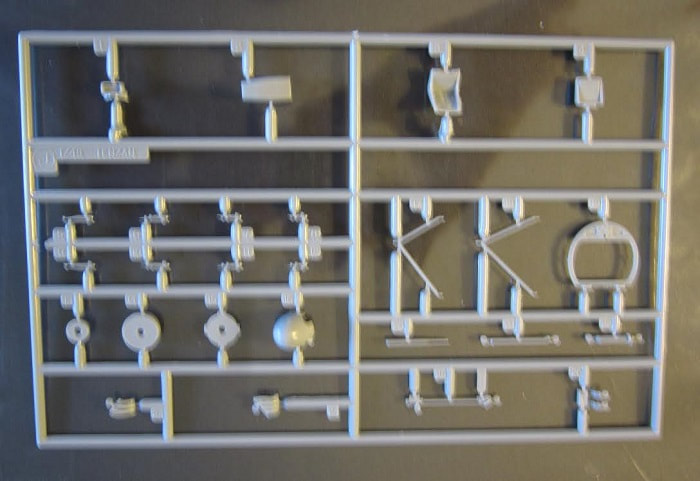 There are 2 of letter L trees and the other one is co-joined with the medium-grey letter K tree. 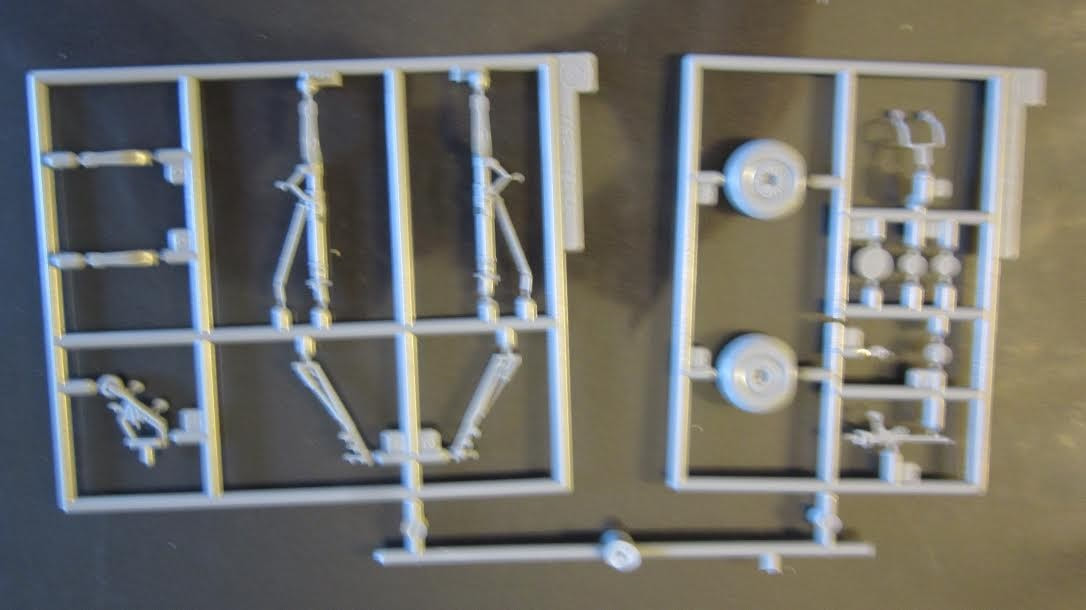 One tree is co-joined to medium-grey letter L tree. 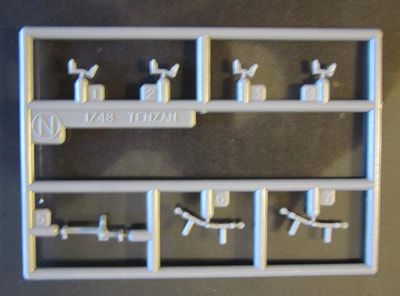 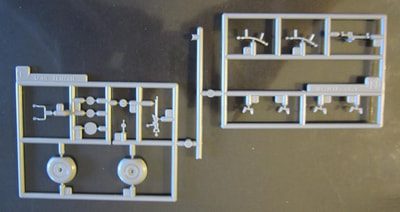 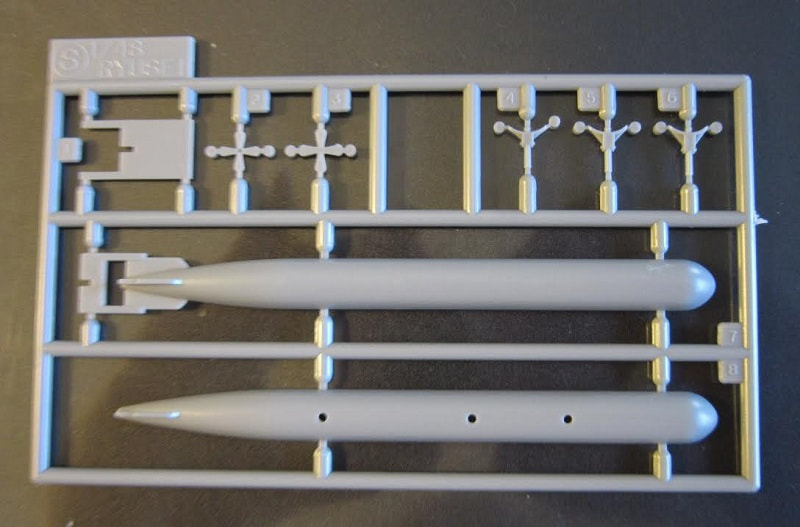 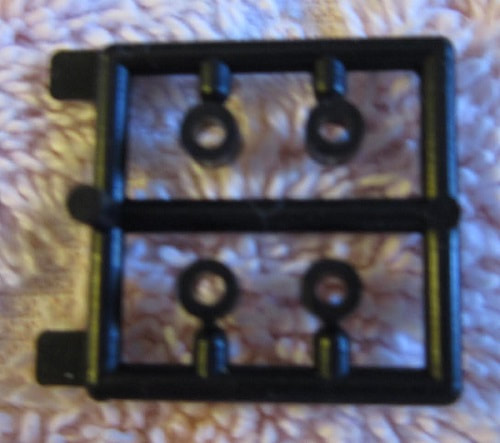 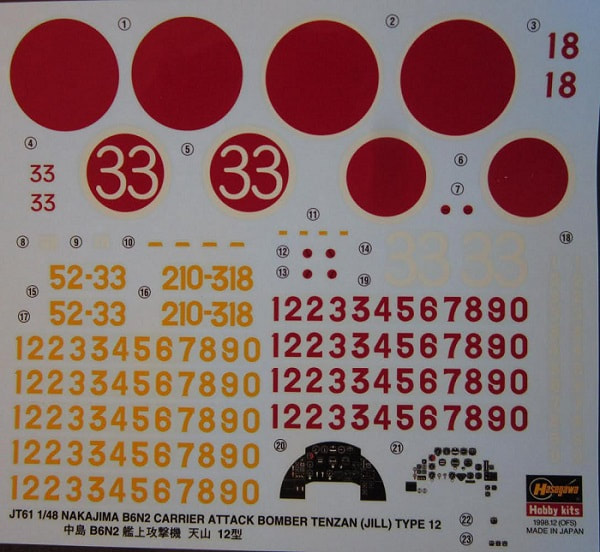 ​This is a neat aircraft kit. I will definitely build mine with the wings folded.
​Highly Recommended