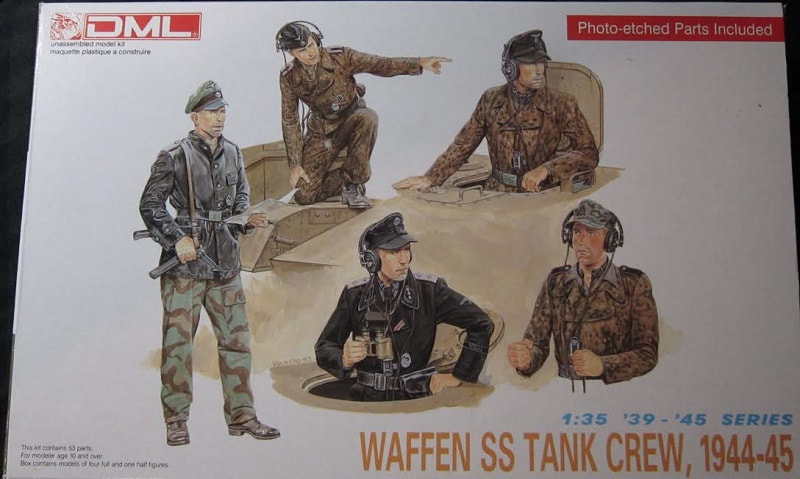 The man on the far left is an officer. He wears an officer's hat, a black leather jacket and camouflaged pants. He has low shoes on. He holds some paperwork in his left hand and has a MP40 submachine gun slung over his right shoulder.

The next man to the right is kneeling on one kneed on top of the fender of a sturmgeschutz. He is wearing a camouflaged uniform with a black side cap. He has low shoes that his pants are bloused into the tops of. He is wearing a pair of headphones and is pointing with his left arm. He has a pistol holster on his belt.

The third man is looking out of the hatch of the sturmgeshutz. He is wearing a camouflaged uniform and a black field cap. He also has headphones on his head. Although not seen here on the box art, but shown on the box bottom, he wears camouflaged pants bloused into low shoes.

The fourth man is also looking out of a hatch. He wears an all-black uniform with a field cap. He has earphones on and is holding a pair of binoculars in his right hand. The box bottom shoes that his pants are bloused into low shoes and he has a pistol holster on his belt.

The fighth man is just a half-figure in the kit (only the top half of his body). He wears a camouflaged uniform with a camouflaged field cap. He too wears headphones.

One side panel says that the kit holds parts for 4 full figures and 1 half-figure and that glue and paint are not included.

This is followed by Marco Polo Import, INC's street address in City of Industry, CA and their FAX number. Marco Polo was at one time the U.S. importer and distributor of DML  kits.

There is a color  2-view of each of the 4 1/2 figures and 3 color close ups of camouflage patterns.

Below these there are black and white line drawings of head phones, a throat microphone, a Panzer jacket and a Sauer Model 38(H) pistol holster. 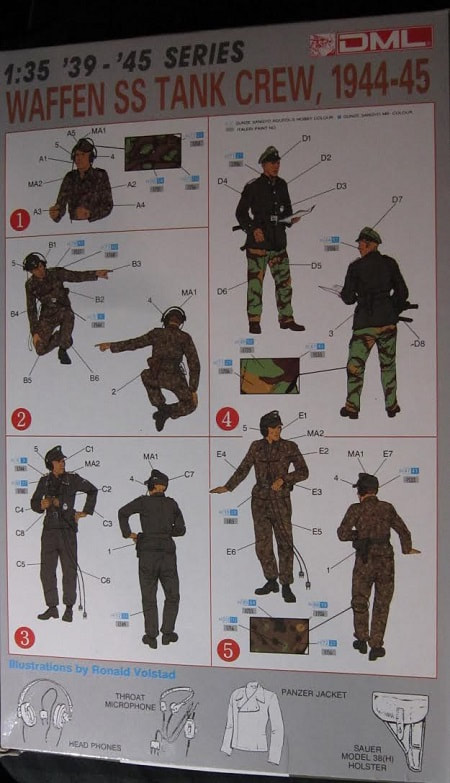 The large light-tan tree holds: the parts of the 4 1/2 figures (divided into separate heads, torsos, arms and legs) The 1/2 figure has no legs. Also on this tree are: 3 field caps and an officer's hat, 2 pistol holsters, 8 earphone ear pieces, a MP40 sub machine gun, a pair of binoculars (46 parts) 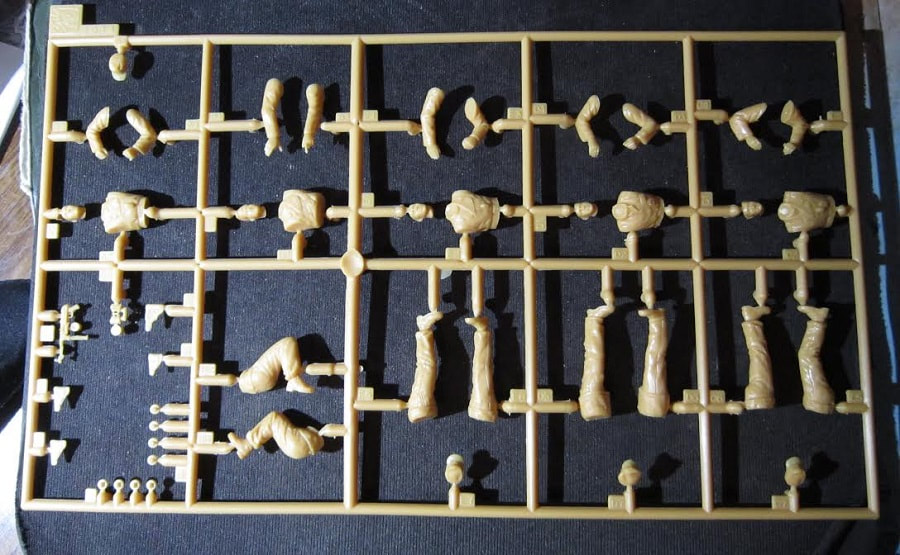 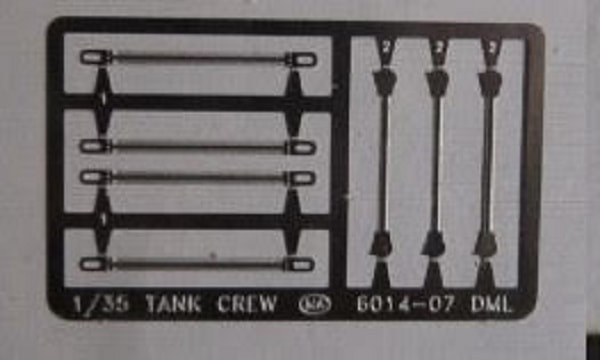 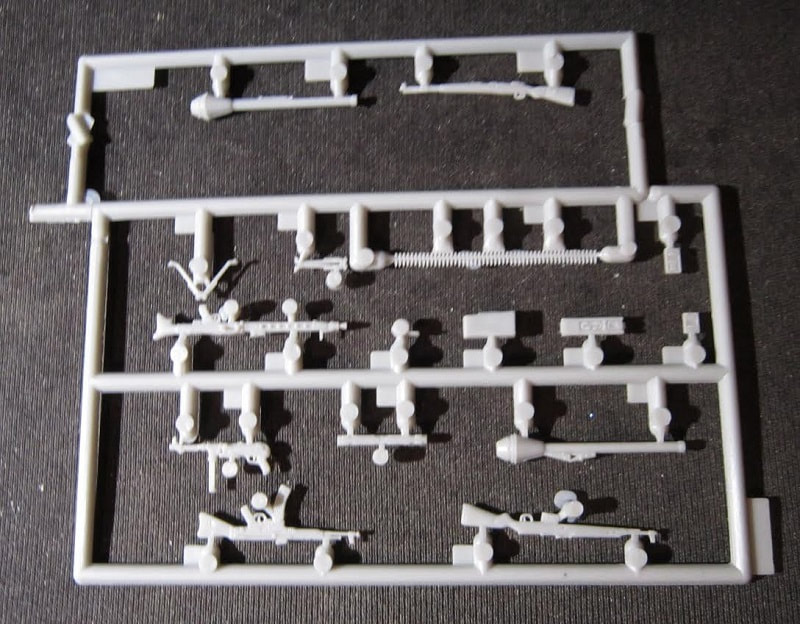 These guys will dress up any German tank kit that does not already have figures included in it.

Recommended.
​I bought my kit back in the early 90's at my local hobby shop.