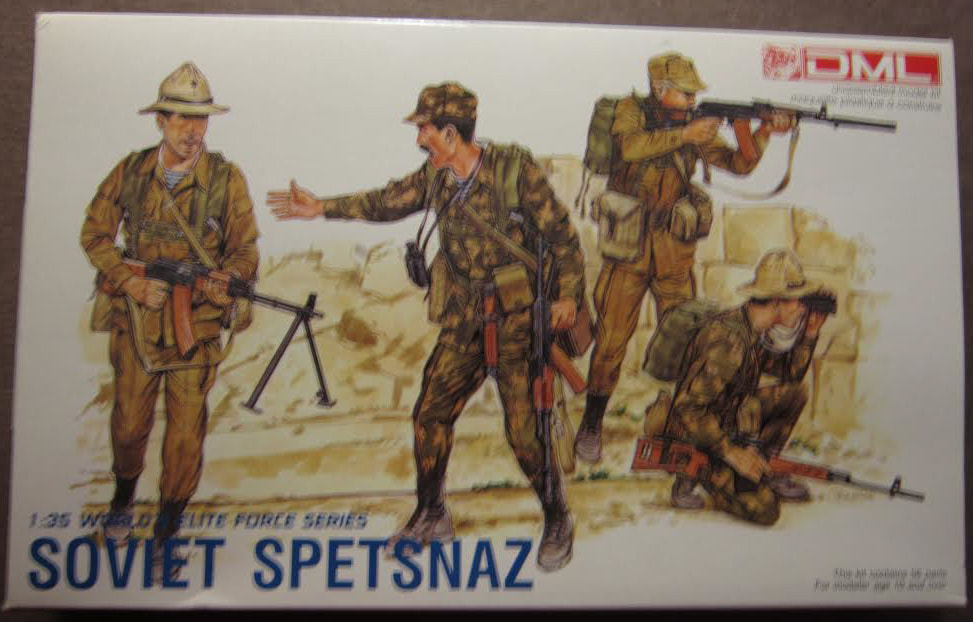 commonly known as the Spetsnaz GRU, is the special forces (spetsnaz) of the GRU, the foreign military intelligence agency.

DML Dragon is a prolific model company based in Hong Kong China. They manufacture all manner of model subjects in the popular scales.

This kit comes in a shrink-wrapped end-opening type box. I am no fan of this type of box, because invariably parts or the decal sheet will find their way past one of the end flaps to become lost forever. Give me a tray and lid type box any day of the week.

The box art shows 4 Spetsnaz troops by a damaged wall.

All of them are armed with AK-47 rifles.

The first man on the left wears a khaki uniform that has a camouflaged jacket. A striped T-shirt appears at his neck. He has a tan soft hat with a brim that comes to a peak at top. His AK-47 has a bipod attached to it. He has a large pouch on his back and several smaller ones on his belt with a canteen. His pants are tucked into high boots.

The next man is talking to the first guy and is holding out his right arm. He wears a soft peaked cap. It and the rest of his uniform is camouflaged dark green spots over khaki base. He also has a large pouch on his back and several pouches on his belt and a pair of binoculars strung around his neck. His pants too are tucked into his high boots.

The next guy to the right is aiming his AK-47. He wears a soft billed cloth cap that has ear flaps. He also has a large pouch on his back and several smaller ones on his belt and his pants tucked into high boots.

The 4th, and last guy, on the right is kneeling. He wears the same hat with a brim as the first guy. His uniform is completely dark green spots over khaki for camouflage. He is looking through a pair of binoculars. He carries the same pouches as the other 3 men.

One side panel has 3 color box arts of other figure kits that DML makes: Kit no. 3001 Israeli Paratroopers, kit no. 3000 Soviet VDV Air Assault Police and kit no. 3004 U.S. Rangers.

The other side panel says that the kit contains four figures and paint and cement are not included, in 6 languages including English.

This is followed by Marco Polo Import Co.'s street address in City of Industry, CA., their telephone and FAX numbers. They were the distributor of DML kits back in the 90's.

Kit was made in Hong Kong. 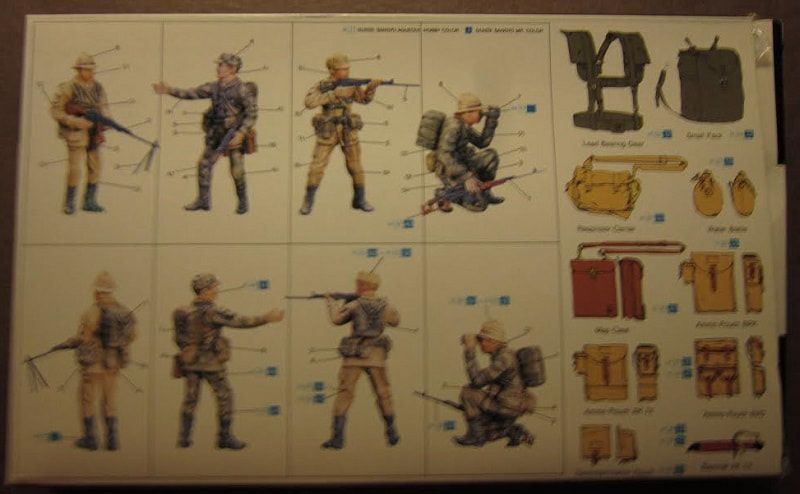 The kit contains one light tan tree and a light-grey tree, in a sealed cello bag. 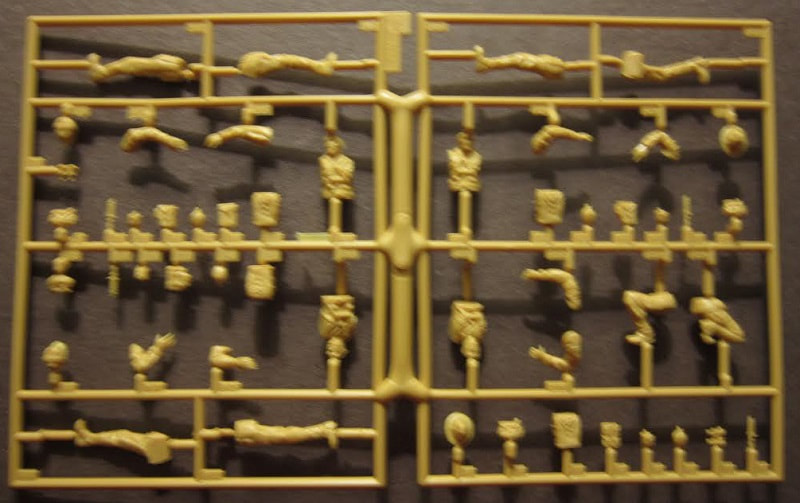 The small light-grey tree holds the four rifles. Two have folding stocks and the other two have wood stocks. One has a scope on top of it. The bipod completes the parts on this tree (5 parts)

I don't know if they are all AK-47's since I am not that knowledgeable about modern Soviet weapons. 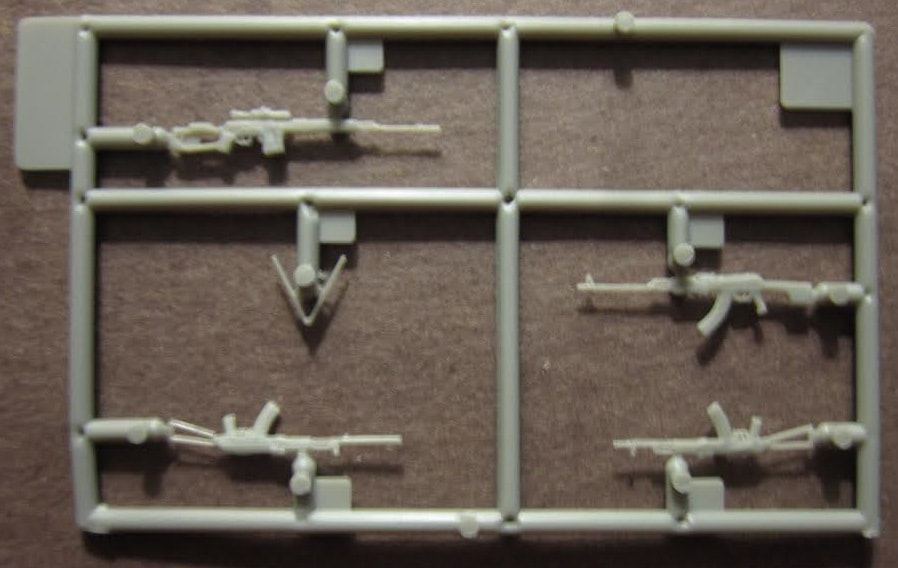 These are neat modern Soviet Special Forces troops and will look good in a diorama. The poses are nice.

I am no fan of modern stuff and will happily sell this kit for the right price plus postage.
​I got it years ago at my local hobby shop during a weak moment.