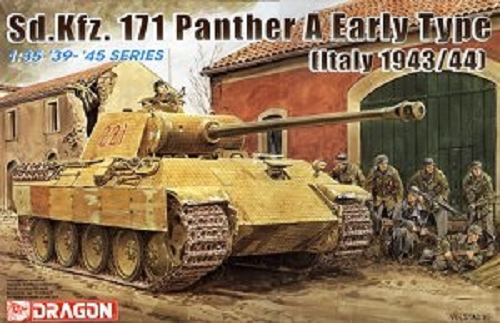 Available 3 places overseas. Copyright date 2002. I paid $31.98 at a local hobby shop that went out of business.
​HISTORY:

The trade-off was weaker side armor, which made it vulnerable to flanking fire. The Panther proved to be effective in open country and long range engagements, but did not provide enough high explosive firepower against infantry.

The box art shows a Panther parked by some buildings. One building has battle damage to one corner of it. Behind the tank is a squad of 6 German infantrymen.

The Panther is overall earth yellow with a red turret number outlined in white of 221. The commander of the tank is looking out of the upper hatch. The tank is covered in zimmerit. However, this is not molded into parts in the kit unfortunately.

One corner of the box art says the kit contains 425 parts and is designated for modelers age 10 and older.

​The other side panel has 3 color walk-around type photos of the model made up, followed by a repeat of the copyright date and DML's address.

The instructions consists of a single-sheet that accordion-folds out into 8 pages in 14" x 8 1/4" page format, printed in full color on slick-coated stock.

Page 1 begins with a repeat of the box art, over the parts trees illustrations.
Page 2 begins with CAUTIONS in 6 languages over international assembly symbol explanations and a suggested paint listing of Gunze Sangyo and Italeri brands of hobby paints.

Parts in the assembly steps are all colored sand yellow. Different.

Page 3 through 7 give a balance of a total of 25 assembly steps.

Page 8 is the painting and marking instructions, with two 4-views.

The first scheme shown is the box art one (already described above).

Bottom of the page has decal application instructions in 6 languages, including English and the copyright date of 2002 repeated. PRINTED IN CHINA. 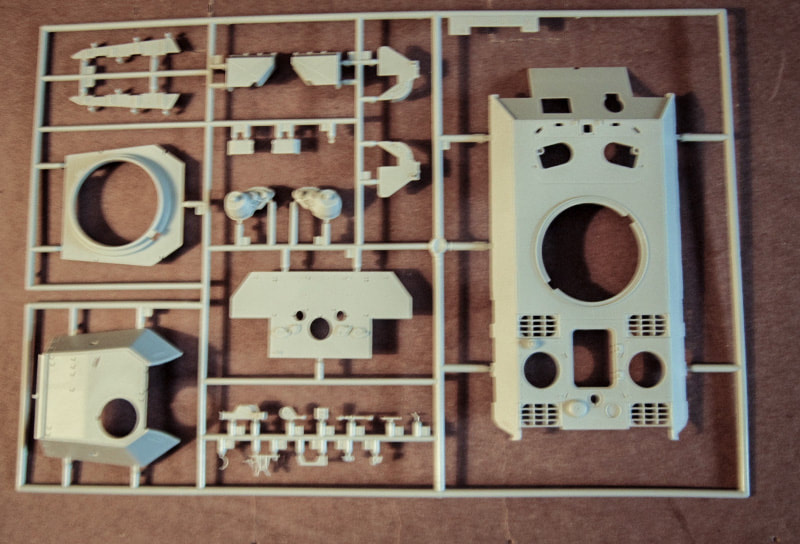 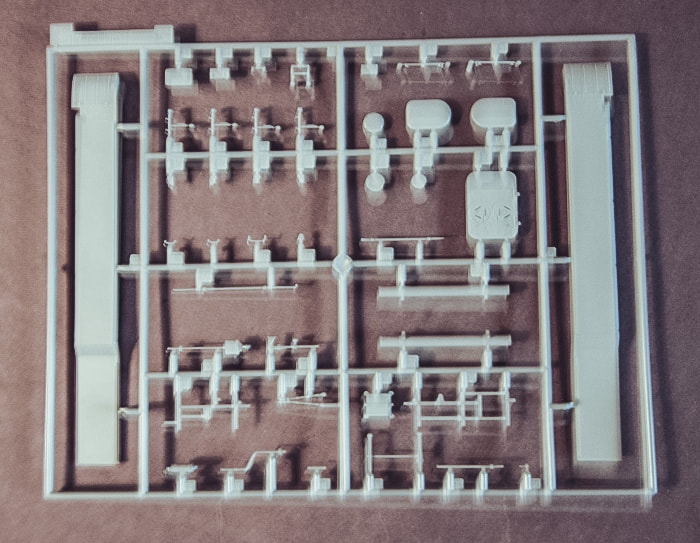 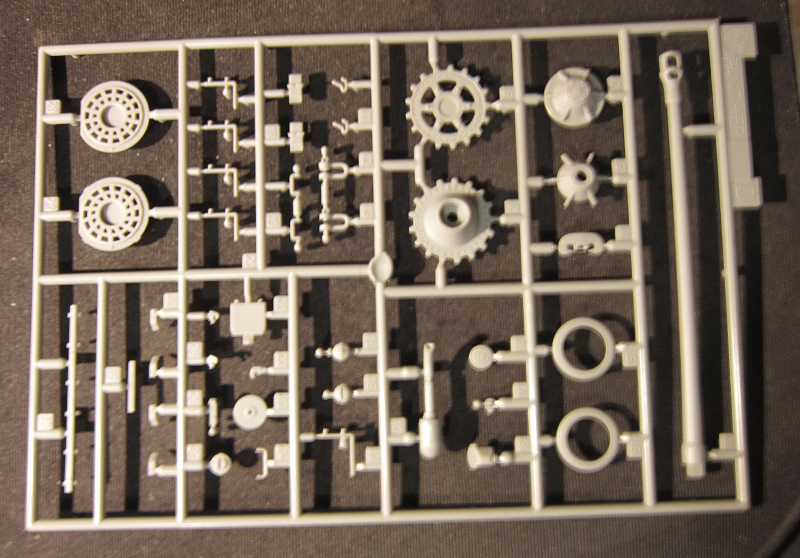 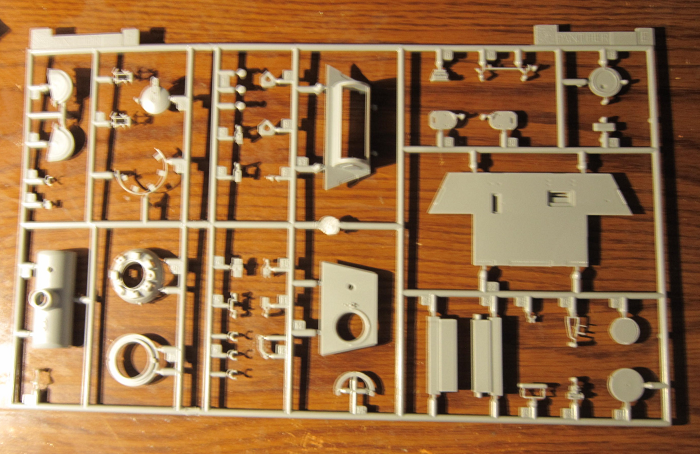 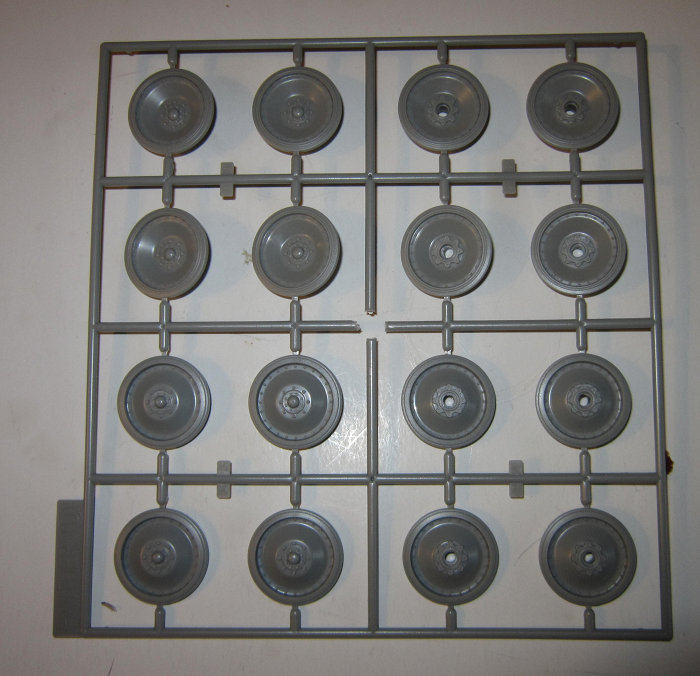 ​There are 4 PS white vacuformed strips. These are the side skirts. 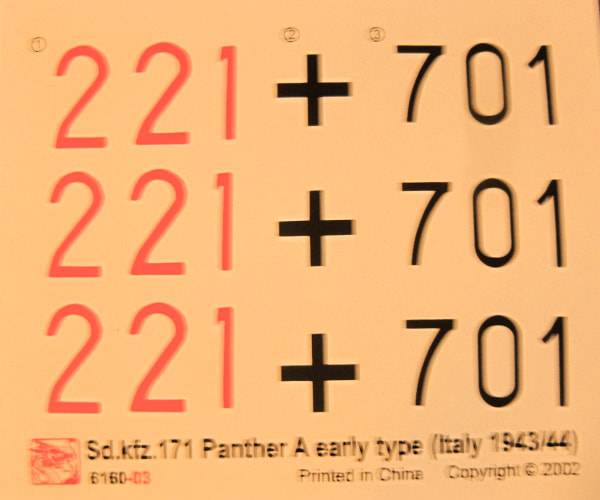 I purchased the Part brand brass PE set no. 35-065 for the Panther Ausf. A and will also be adding one of my company's (Armor Research) set of 75 mm white metal German tank ammo, Kwk 42 Panther A/D & G to the model. 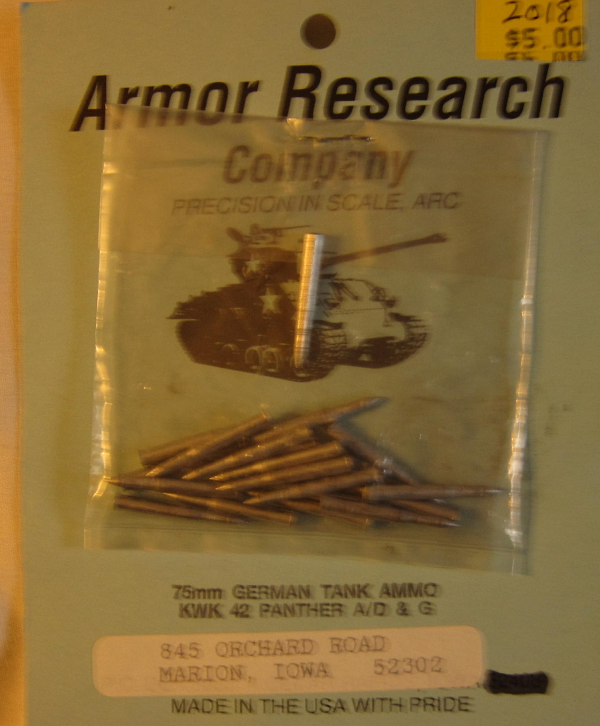 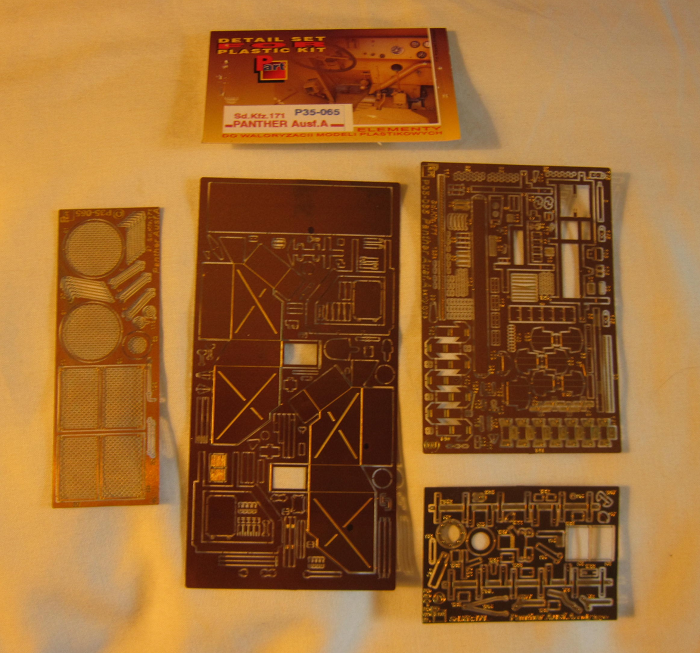 ​There are no crew figures included in the kit and no interior details either in the hull or the turret.