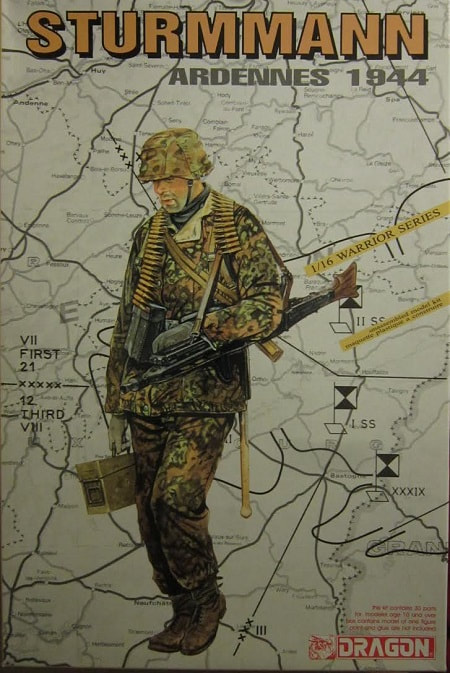 Sturmmann (English: stormtrooper) was a Nazi Party paramilitary rank that was first created in the year 1921. The rank of Sturmmann was used by the Sturmabteilung (SA) and the Schutzstaffel (SS).

The word originated during World War I when Sturmmann was a position held by soldiers in German pioneer assault companies, also known as "shock troops".

The box art shows a Sturmmann in a camouflaged uniform, with low brown shoes and a cammo cover on his steel helmet. His jacket is reversable to white. He is armed with a MG42 machine gun slung over his left shoulder. He has a ammo box in his right hand and a ammo bandolier strung around his neck. He has a black leather case on his belt and a shovel in its pouch. He is posed against a battle map.

The box art says the kit contains 30 parts, is for modelers ages 10 and older, has one figure in it and paint and cement are not included.

One side panel of the box has 2 color photos of him made up showing his front and rear. This is over the copyright date of the kit of 1995 and DML's street address in Hong Kong, China. The kit was made there.

Below that it says the kit is not for children under 3 and that Italeri in Italy is the importer of DML kits in Europe and gives their street address.

The back of the box has the paint color guide for painting the uniform camouflage. Beside this figure are two more drawings of the front and back of the assembled figure showing the parts placement. 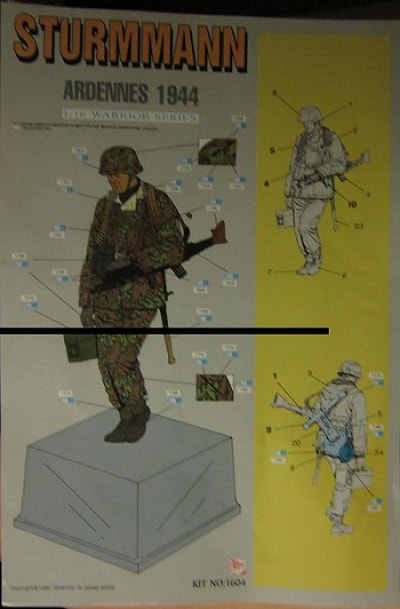 The largest light-grey tree holds the figure's parts that are the separate body - from his neck to ankles, arms, shoes, steel helmet, head, canvas bag (9 parts) 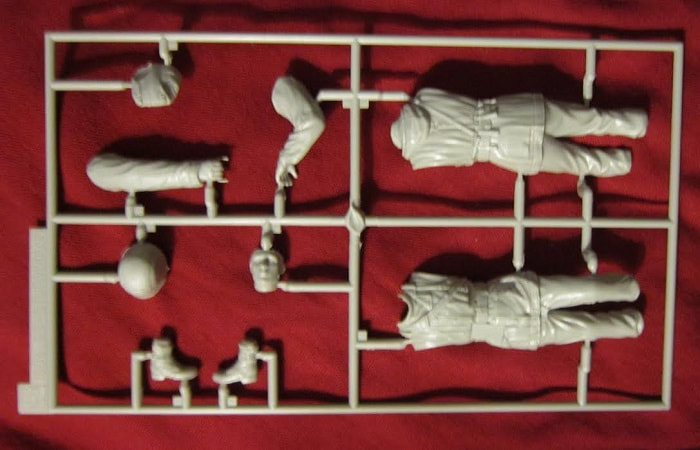 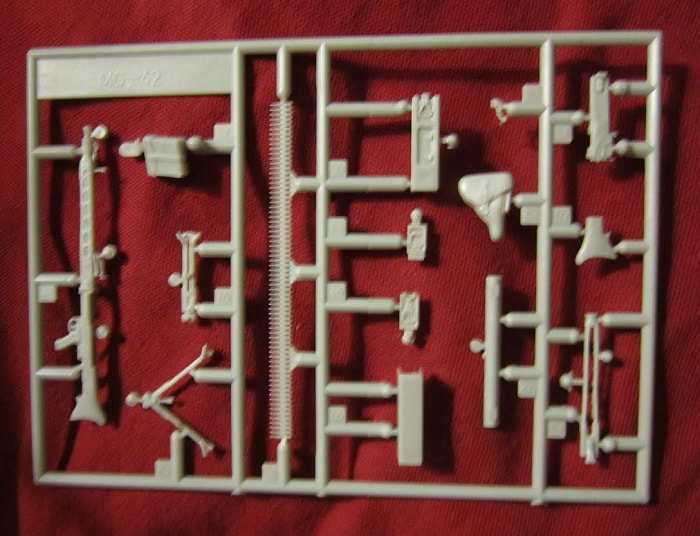 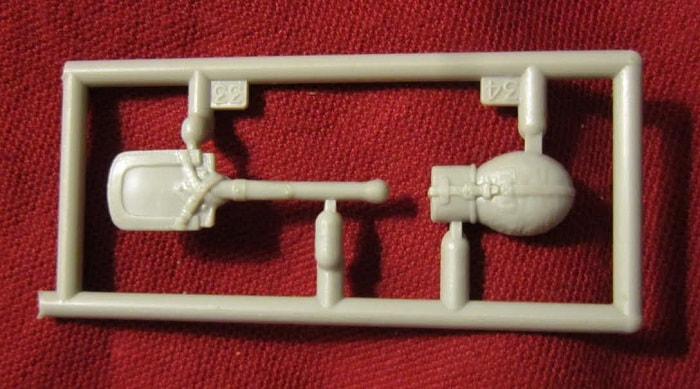 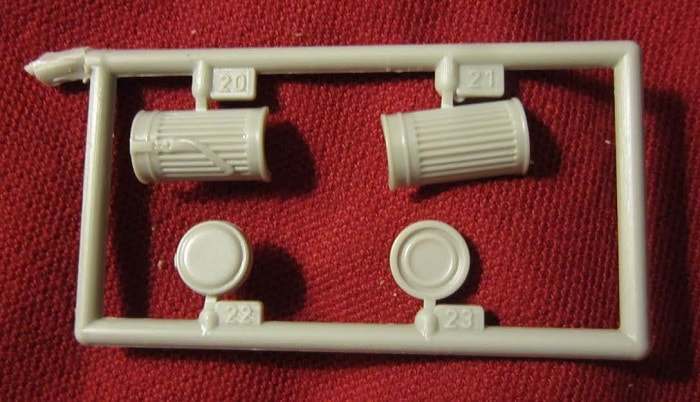 ​The larger instruction sheet is printed on one side on slick-coated paper. It shows the figure in full color on a square base (that is not included in the kit) and 2 line drawing showing the figures front and back. 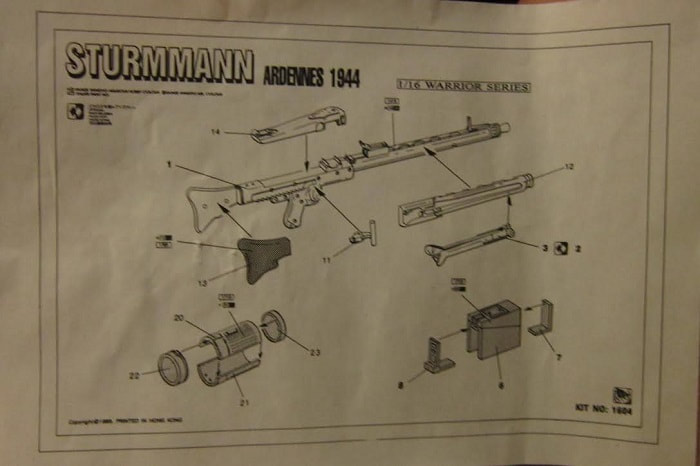 ​This is a very nicely detailed figure.