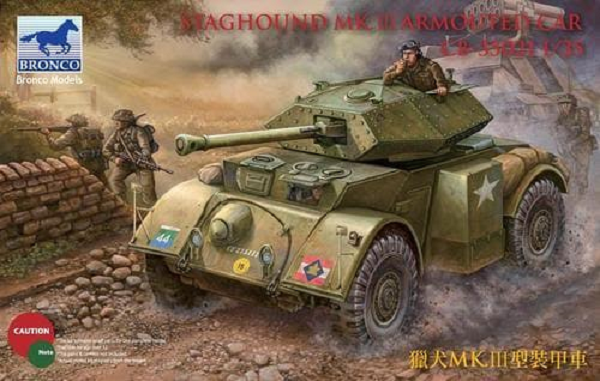 Copyright of kit is 2008. It is available at 6 locations overseas on the net.
​HISTORY:

The T17 and the T17E1 were two American armored car designs produced during the Second World War. Neither saw service with frontline US forces but the latter was supplied, via the United Kingdom, to British and Commonwealth forces during the war and received the service name "Staghound". A number of countries used the Staghound after the war, with some of the vehicles continuing to serve into the 1980s.

The box art shows a Staghound moving down a road with a stone wall beside it and a knocked-out German panzerwerfer 42 Auf. Maultier, rocket-firing half-track.
Two British infantrymen are behind the stone wall. One is firing his rifle and the other is holding a Bren gun. A third infantryman is behind the Staghound. All 3 wear steel helmets with cammo netting on them.

The Staghound is overall SCC British olive-drab. It has white stars on the sides of the hull, a red and blue square with a white 44 on it on the front of the left front fender, a white serial no. CF215112 on the nose, over a yellow circle with a black 15 on it and a horizontal white stripe with a red diamond with a yellow leaf on it on the stripe.

One corner of the box art says the kit contains small parts for one complete model. Suitable for age over 12. paint and cement not included. Actual model kit may vary from the box art.

One side panel says the kit contains a high quality decal by Cartograf, followed by color illustrations of the PE fret and decal sheet in the kit. Bronco's street address in Hong Kong, China, their e-mail and web address are provided and the copyright of the kit is 2008.

​The other side panel has a side and front view of a Staghound with the TAC Gunnery School, 1941. It is overall olive-drab with a diamond divided vertically with one half in yellow and the other half in red, with  a black cannon on it on the sides of the turret. A white serial no. F-215068 is on the nose and a black and white checkerboard is on the front of the right front fender.

Kit is for adult collectors only.

The instructions consist of a staple-bound booklet of 16 pages in 8 1/4" x 11 3/4" page format, printed in color on slick coated paper.

Page 1 begins with a color repeat of the box art over  one-paragraph history of the Staghound in English, German and Chinese.

Page 2 begins with decal application instructions, over international assembly symbol explanations and a suggested color listing of Gunze Sangyo, Humbrol and Tamiya brands of hobby paints and READ BEFORE ASSEMBLY instructions in multiple languages, including English.

Page 3 is the parts trees illustrations.

Page 4 through 14 gives a total of 10 un-numbered assembly steps that I counted.

Page 15 has two 3-views of Staghounds.

One is the Gunnery School one (already described above).

The other is the box art scheme (also described above).

The second Staghound is overall light-olive-drab with light-mud. It has a square that is red at the top and blue below with a white 77 on it on the front of the left front fender and right rear fender and a white serial no. F-235760 in the center of the nose of the hull and a white branch on a black circle above it.

It is with the 2nd New Zealand Infantry Division, Italy 1945.

There are two identical dark-green letter A trees. They hold: wheels, leaf springs etc. (68 parts each) 13 parts are shaded-out in the parts trees illustrations as being excess and not needed to complete the model. 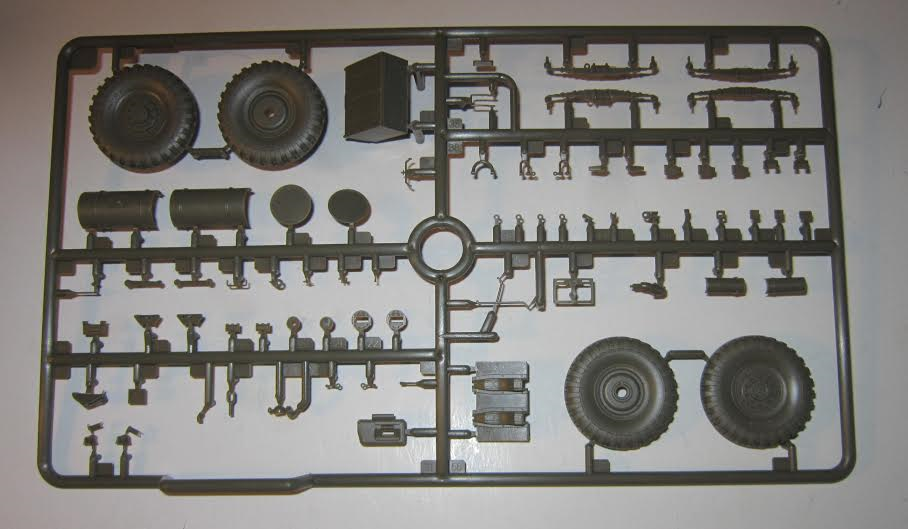 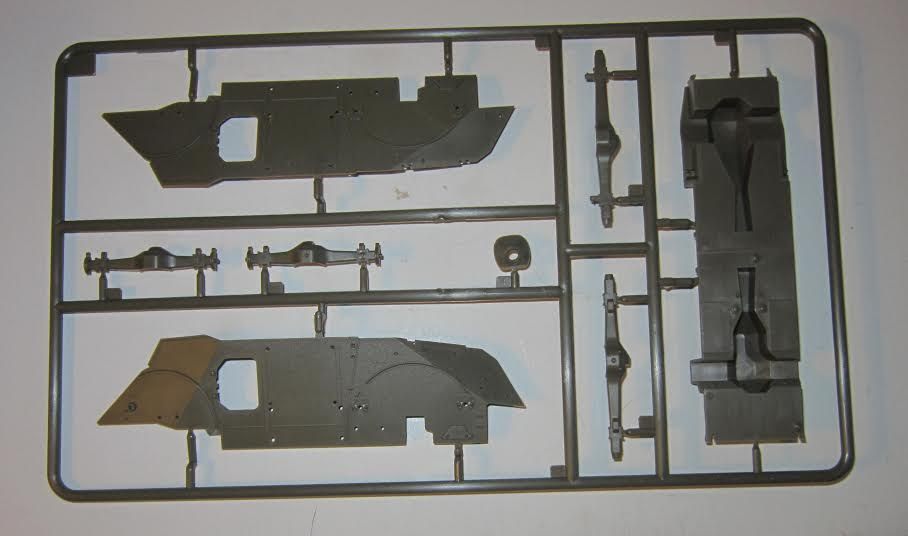 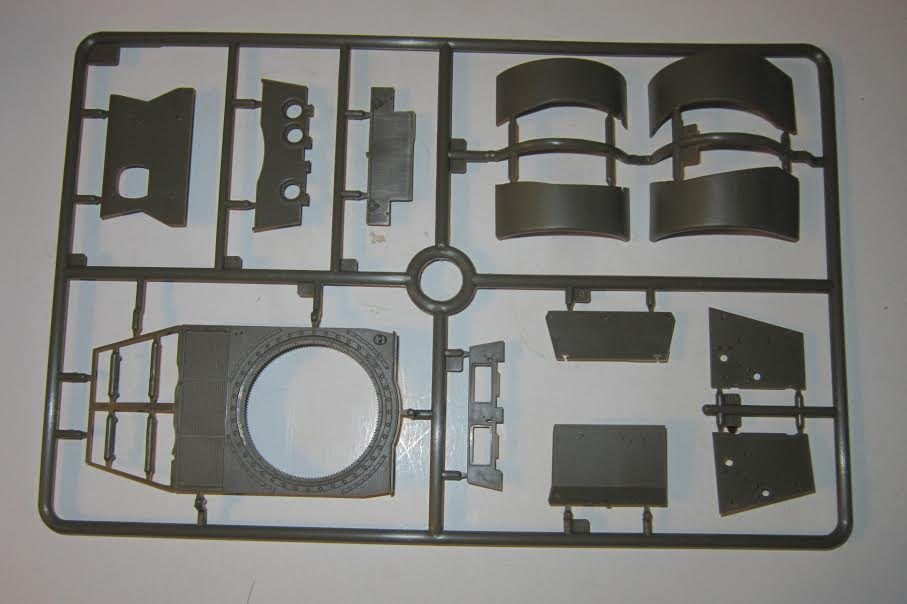 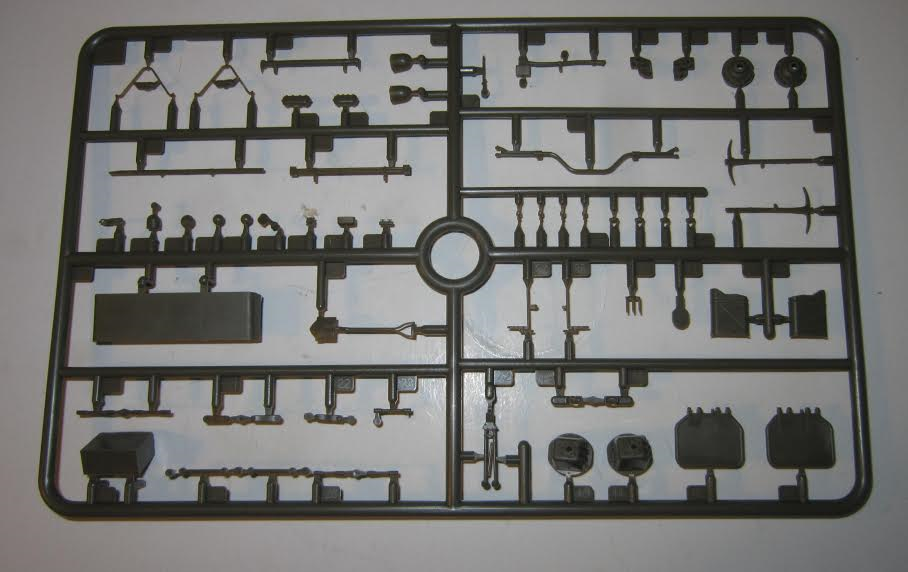 There is no letter G, H or I tree. 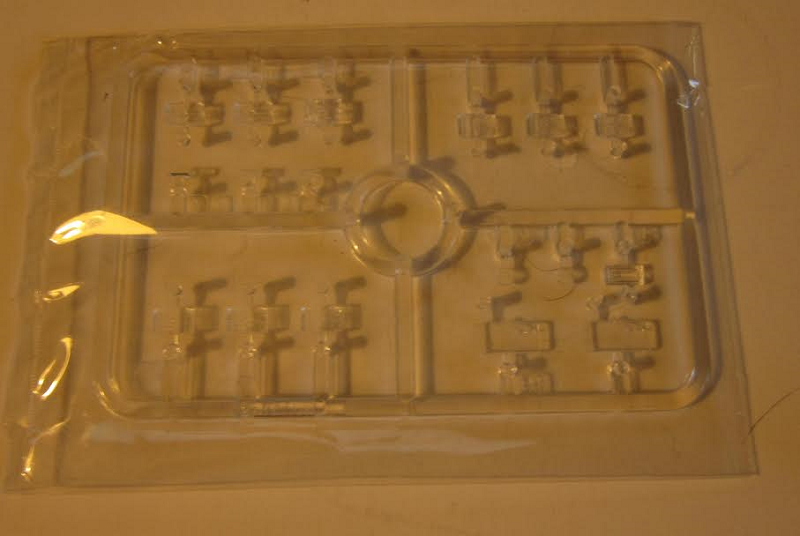 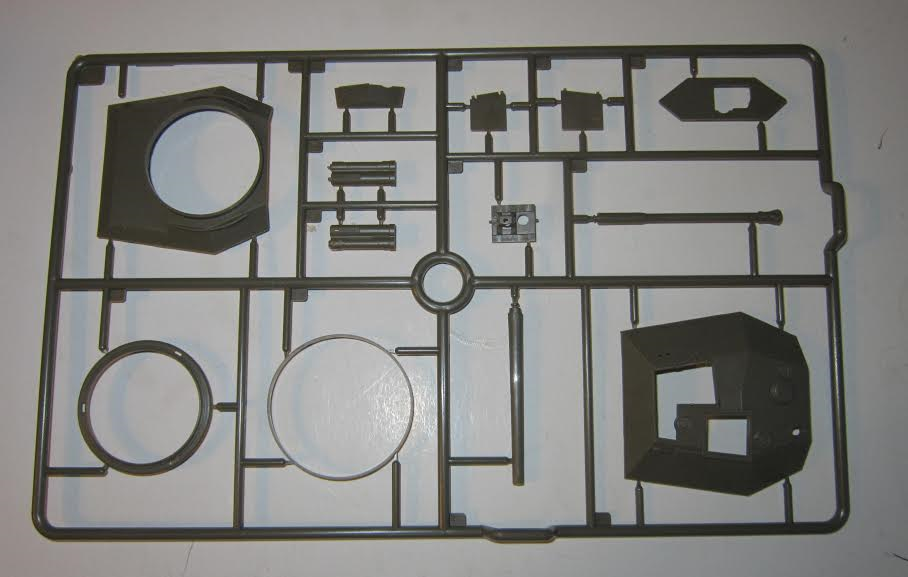 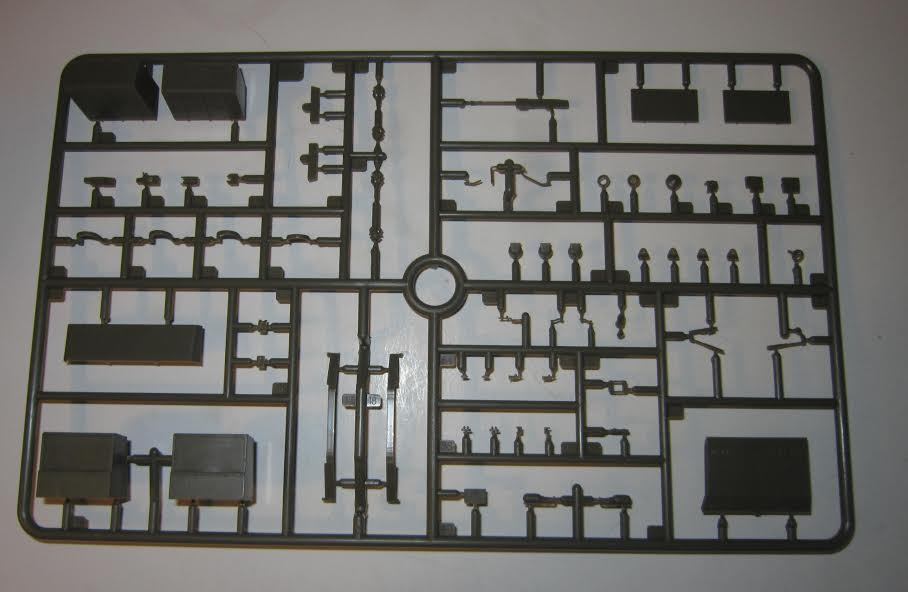 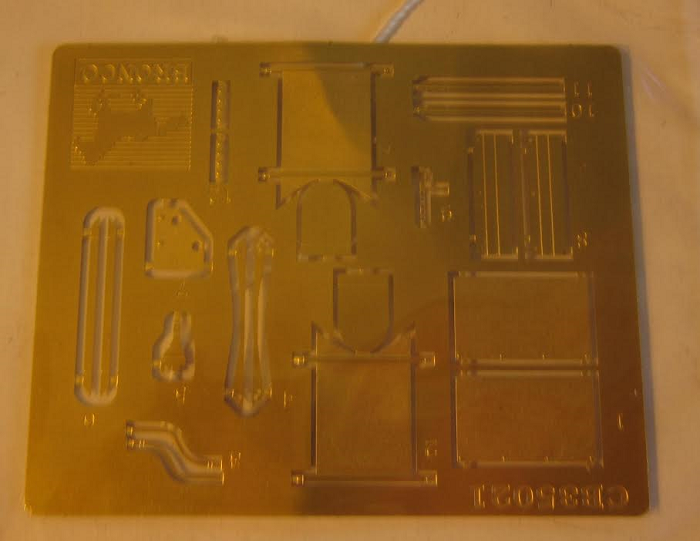 ​The decal sheet and a length of white string complete the kit contents. 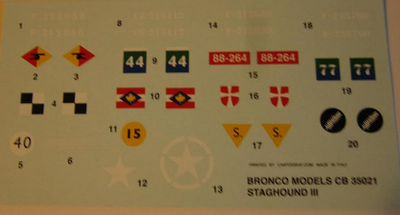 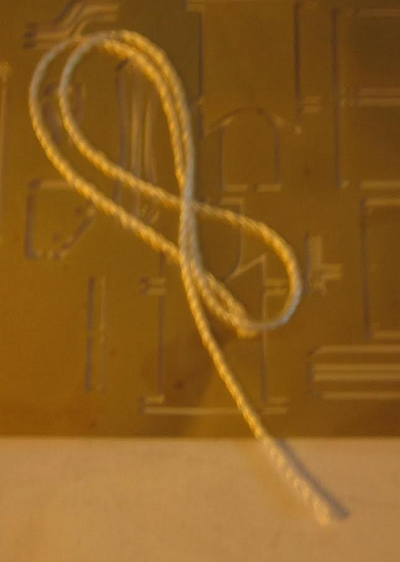 ​Only the PE fret, string and decal sheet are in cellos.
​
Recommended.