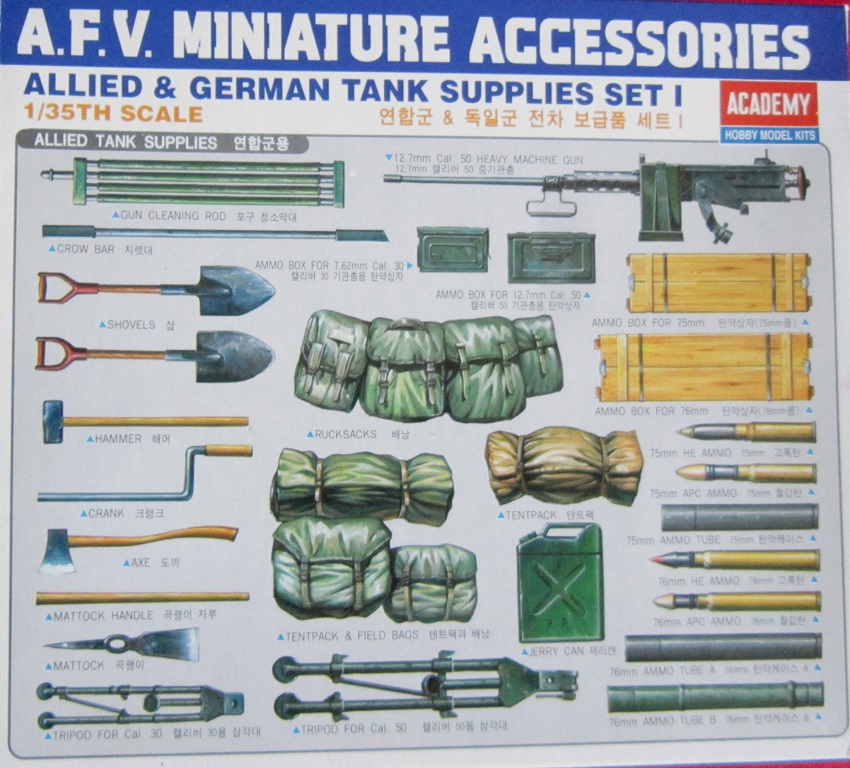 Academy is a prolific model company based in Seoul, Korea. They manufacture all manner of model subjects in the popular scales.

This kit comes in a small shrink-wrapped end opening type box. As I have said many times in the past in other reviews – I am no fan of this type of box, because PE frets, decals or other small parts invariably find their way past the end flaps to become lost forever. Give me a tray and lid type box any day of the week. 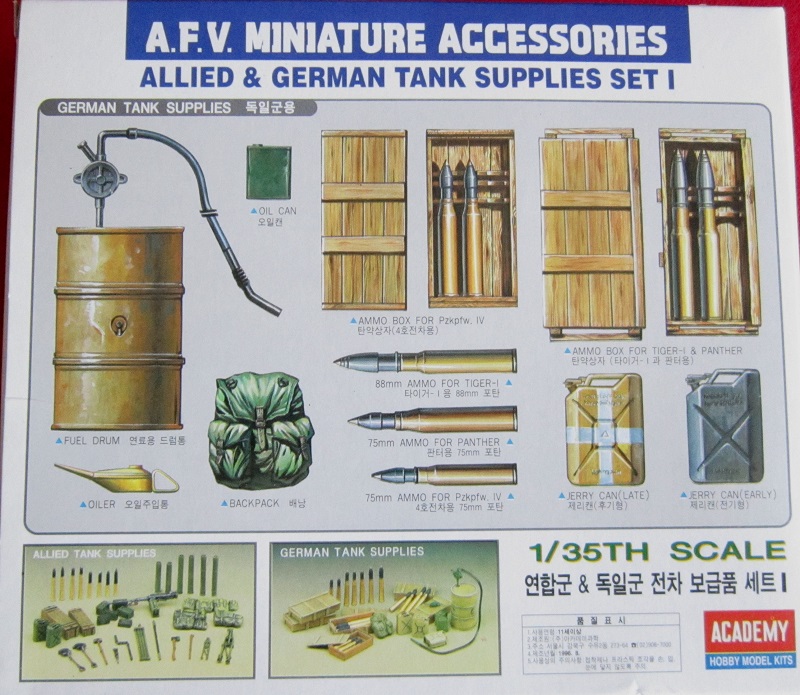 Shown for the Allied tank supplies there is: a gun cleaning rod in a case, a crow bar, 2 shovels, an engine crank, a mattock (pick) handle, and the mattock (pick) head, folded tripods for a 30 cal and a 50 cal  machine gun, the 50 cal machine gun, ammo boxes for the 50 cal, rucksacks, a tent pack and field bag, Jerry can, wood ammo boxes for 75 mm and 76 mm Sherman ammo, 75 mm and 76 mm  HE (high explosive) and A.P.C. (armor piercing rounds, 75 mm ammo storage tube and 2 different sizes of 76 mm ammo storage tubes.

The other side of the box shows the German tank supplies. Shown are: a 50 gallon fuel drum with crank pump and hose, a wood ammo case for Pz.Kpfw. IV 75 mm rounds, wood ammo boxes for Tiger and Panther 88 mm or 75 mm rounds, 2 sizes of 75 mm rounds, a 88 mm round and late and early style Jerry cans.

A side panel says MADE IN KOREA and not suitable for use by children under 36 months. This is followed by the copyright date of 1996 and Academy’s street address in Seoul, Korea and their FAX number. Next,. In 6 languages: English, Spanish, French, German, Korean and Chinese, marked with color illustrations of the flags of the countries that speak those 6 languages, it says: “ Contains one unassembled model kit and easy to follow pictorial instructions. Paint and cement are required to assemble the kit as shown on the box. Kit is suitable for modelers aged 10 to adult. Scale is 1/35th. 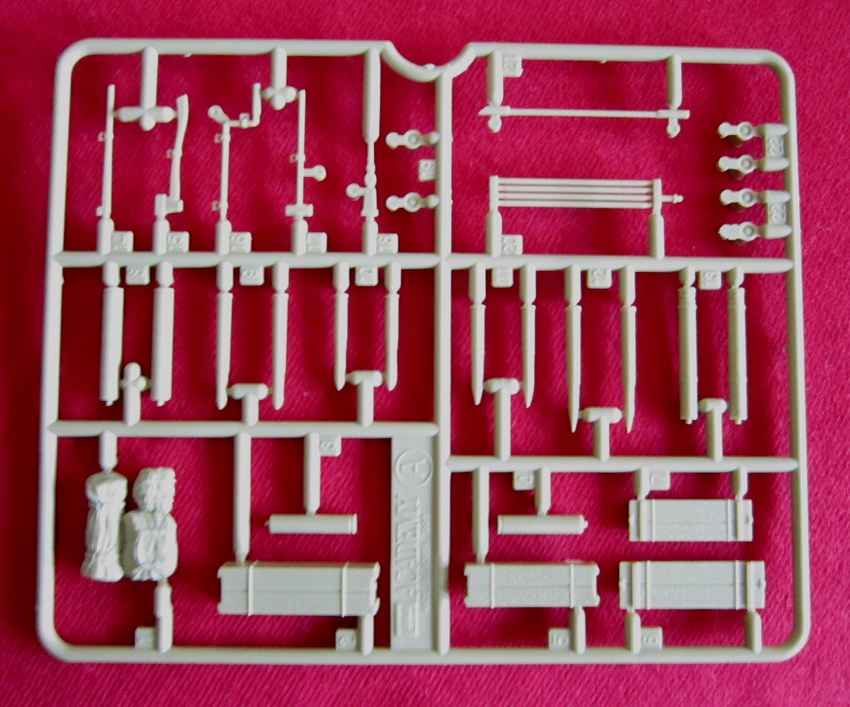 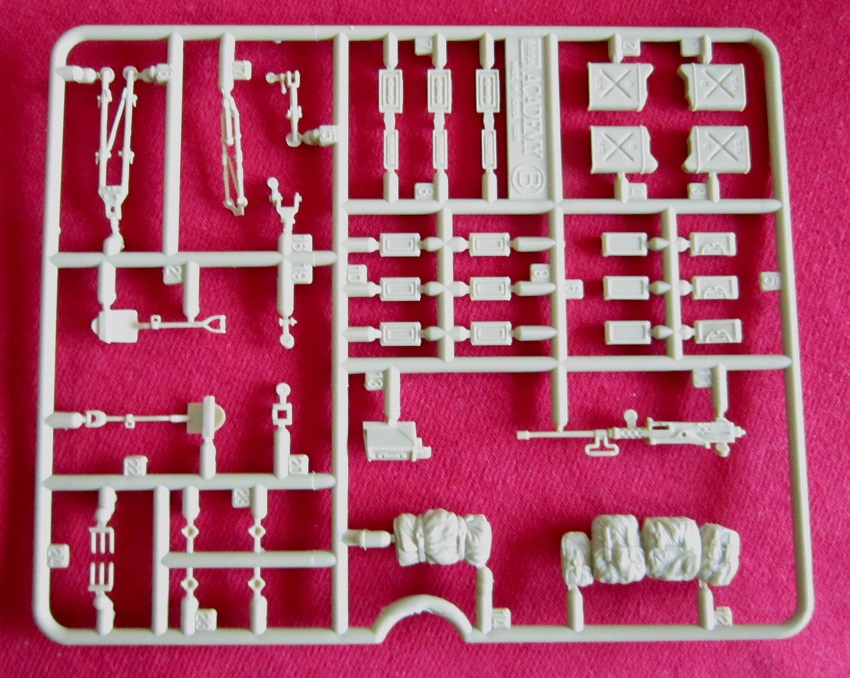 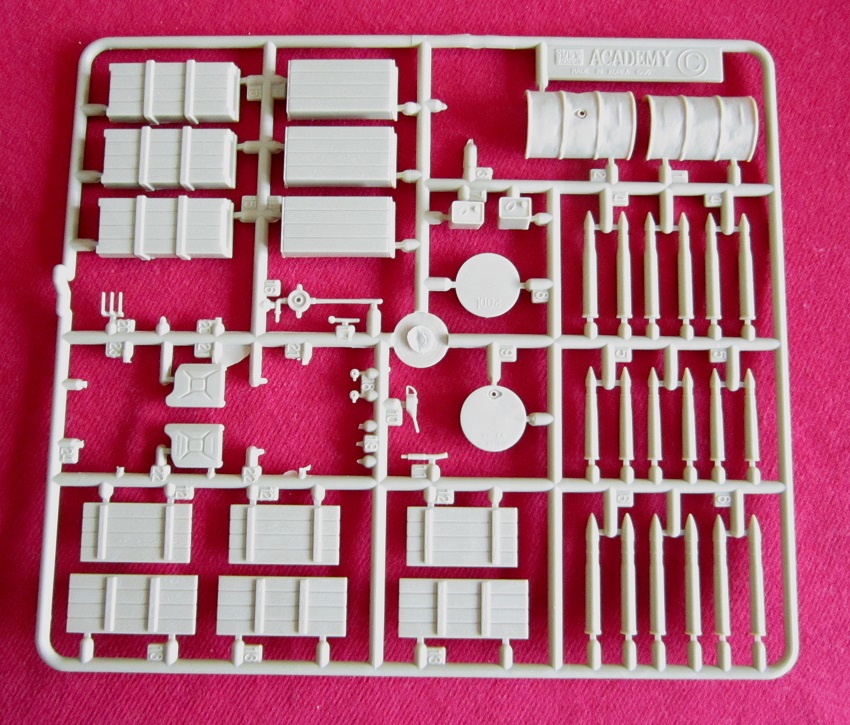 The length of black vinyl tubing to use for the fuel line from the 50 gallon drum completes the kit’s contents. 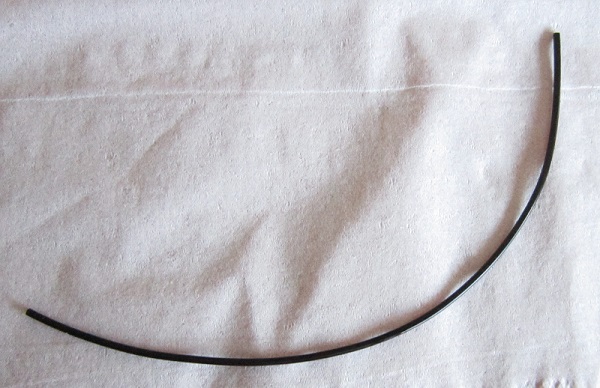 I recently re-discovered I had this kit in my model kit stash and it will grace the cargo bed of my kit of the ICM brand 1/35th scale Lastkraftwagen 3,5t AHN truck, reviewed earlier elsewhere here on INDY AMPS.

This kit was courtesy of my wallet back in the 90’s.